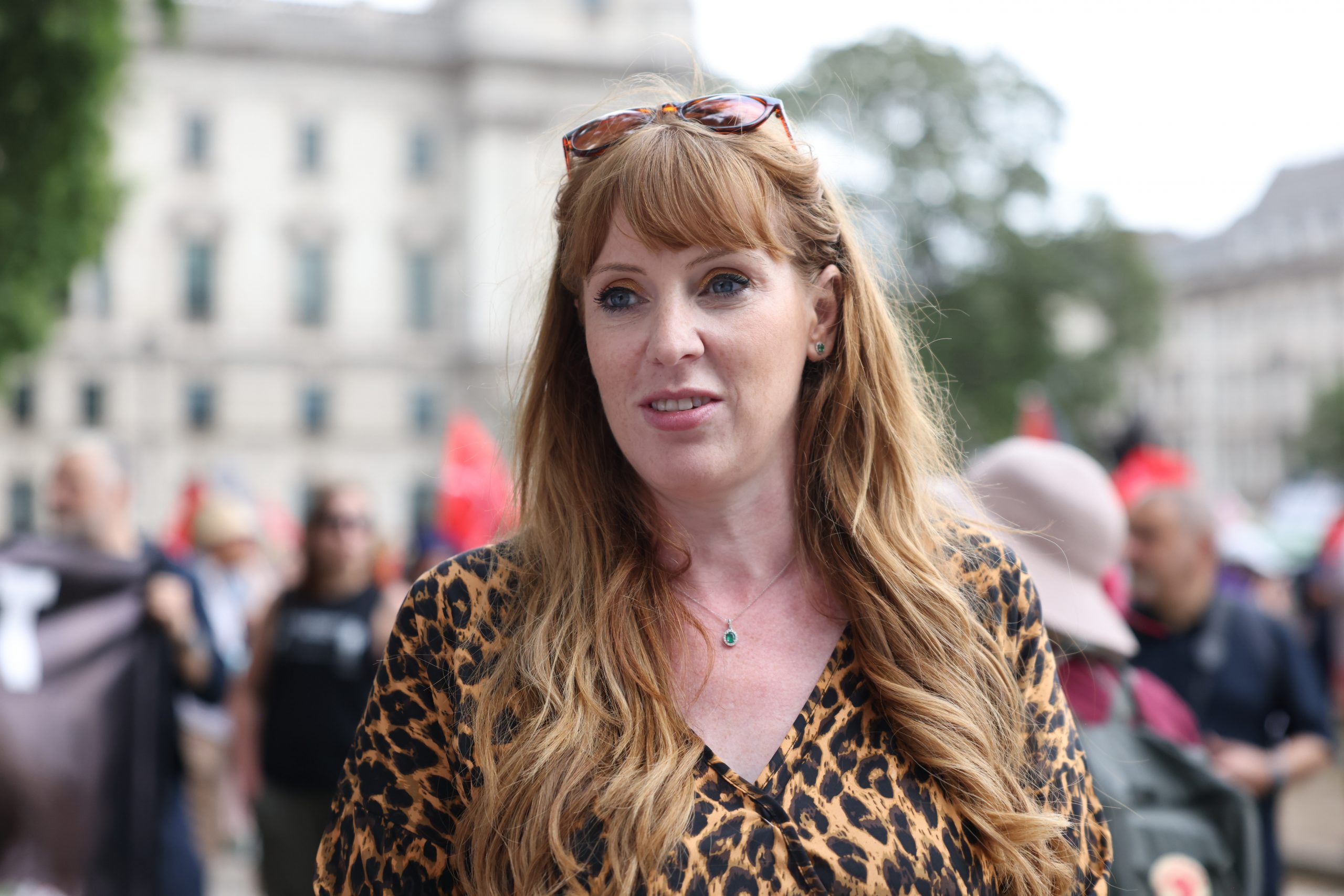 LABOUR’S deputy leader Angela Rayner has defended the party’s decision to raise concerns over alleged human rights breaches in Indian Kashmir, saying, “we stand up for human rights and we will never shirk from that responsibility”.

In an exclusive interview with Eastern Eye, Rayner said Labour would be respectful in politics, but insisted, “we will always stand up for our values”.

In September 2019, Labour, under then leader Jeremy Corbyn, passed a controversial resolution at its annual conference. It said, “Accept that Kashmir is a disputed territory and the people of Kashmir should be given the right of self-determination in accordance with UN resolutions.”

Labour at the time also sought “the restoration of basic human rights including the freedom of speech and communication, the lifting of curfews, and to allow the humanitarian aid organisation and international observers to enter the region”.

It came weeks after India, under prime minister Narendra Modi, revoked Article 370 which granted autonomy in Indian Kashmir, in August 2019.

Rayner, who represents Ashton-under-Lyne, told Eastern Eye, “What we want to do is bring communities together, not divide people and create animosity. We have more in common with each other.

“This is what me and (Labour leader) Keir (Starmer) are setting out. It’s about making sure we can tackle where we think things are wrong.

“We stand up for human rights and we will never shirk from that responsibility, but [it’s] also being respectful in politics.

People hold strong views, but we will always stand up for our values.

“And it’s important we express them in everything we do, whether that’s through our literature, or … our conference.”

Rayner was referring to Labour leaflets distributed during the Batley and Spen bye-election, which showed prime minister Boris Johnson with Modi, with the words “Don’t risk a Tory MP who is not on your side”. They also accused Johnson of “white-washing Islamophobia”.

Underneath a picture showing Johnson shaking hands with Modi were the words: “A prime minister who is silent on rights abuses in Kashmir”.

Rayner was speaking to Eastern Eye on the sidelines of a Labour reception earlier in the summer for black, Asian and minority ethnic business leaders in London.

She said, “We’ve changed – our party is in a different place now. And we want to take that far, within the spirit of trying to find peace and reconciliation. Instead of creating animosity in the world, we need to bring world peace.”

The party’s views on Kashmir and the controversial byelection leaflets alienated some Indian voters who turned instead to the Tory party. This was evident during the 2019 general election, which Johnson won with a landslide majority, as well as the local elections in May this year.

Labour lost control of Harrow and Croydon, and one party insider told Eastern Eye, “Many Gujarati Hindu voters are clearly not convinced that the party has moved on enough from the Corbyn era.”

In Harrow, which has a large Indian population, Labour lost eight seats, while the Tories gained the same number at the local elections.

Labour has been accused of taking the British Indian vote for granted, but Rayner denied the allegation.

She said, “We’re not taking them for granted. We had a very strong message from the electorate in 2019, which said we had to change. Both myself and Kier, when we took over the leadership of the party, have made it absolutely critically clear (that we will change).

“We don’t want to have different parts of the communities pitched against each other. We’re about making sure we show that the Labour party has changed.

“The Indian diaspora bring so much to our communities.”

She added, “It’s important that we show the Labour party understands the issues we all face and that we’ve got the answers to that. I’m hoping people have seen that change, and they are willing to give Labour another chance and are willing to listen to Labour.

“But we don’t take a single vote for granted and nor should we.”

Labour’s Kashmir resolution was slammed by the Indian government, who said it pandered to “vote-bank politics”.

Britain’s official position is that Kashmir is a bilateral issue for India and Pakistan to resolve.

However, some Labour politicians – whose constituents include those from Pakistani Kashmir – have held discussions in Westminster, which has irked Indian diplomats and ministers.

Asked if the Labour leadership had met the Indian high commissioner, Rayner said, “I’ve been to many different events, with all different commissioners, and I’m always willing to meet people and discuss, because that’s what’s really important – how you bring people together, how you can listen and respect other people’s points of view.

“I’m always willing to meet people, and to do my bit to understand the real issues and to take those matters forward for the benefit of the people here, the Indian diaspora here.

“To make sure that people really understand where the passion is and where the upset comes from, and trying to find peaceful solutions to that, rather than inflaming the problem.”

It is understood that Labour leader Sir Keir had met the then Indian high commissioner, Gaitri Kumar Issar. She left the post in June.

Under a Labour government, Rayner said Britain would seek a “respectful” relationship with India. She said, “I have been to India, a number of times, and I have seen the way in which the Indian economy can be very transformative.

“I saw women in rural communities being solar engineers. This was before people were talking about climate change, so they were at the forefront of that.

“It’s very inspiring. Where we can work together, it’s very important that we do that and hold our values of making sure that people have good employment, but also that businesses can thrive and that relationship can continue.”

Barry Gardiner, the MP for Brent North, and founder of the Labour Friends of India, told Eastern Eye, “Of course, the Labour party must always stand up for human rights. But it is important that we condemn human rights abuses wherever they occur, and not excuse the regimes we happen to like for other reasons.

“My concern is that some of those MPs who are most vocal in criticising India, seem oblivious to the wholesale abuses of human rights in neighbouring Pakistan where there is violent persecution of religious minorities, and a government that has allowed terrorist training camps to foster insurgency for over 40 years.

“Since the Shimla Agreement, the official Labour party position has been clear – Kashmir is a bilateral issue to be resolved exclusively between the two countries themselves.”

Gardiner, whose constituency in north London includes a substantial proportion of Asians, also condemned the divisive politics that were seen during the Batley and Spen byelection.

He said, “I don’t like the way that some politicians try to import the divisions of the subcontinent into British politics. That can only undermine good community relations in this country.

“In Batley and Spen, my view is that the local election agent made a huge mistake in following George Galloway’s party into gutter politics.

“It was absolutely wrong. It was divisive and it should never have happened.

“We had an excellent candidate in Kim Leadbeater, and we should have trusted her dignified stance would secure victory.”

Eastern Eye approached the Labour party for comment on its stance on Kashmir, but there was no response.