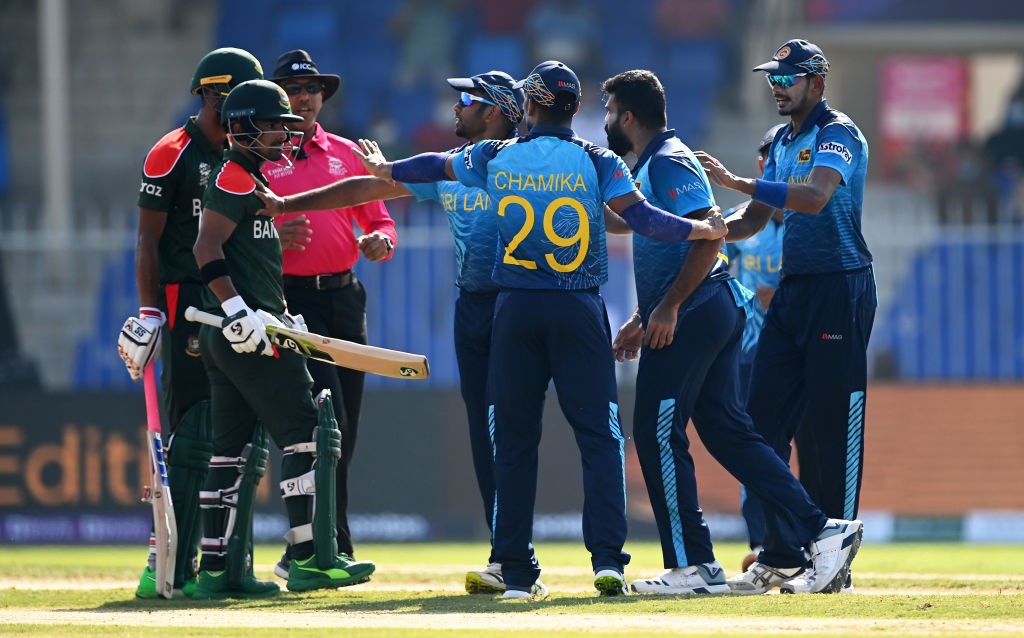 SRI Lanka’s Lahiru Kumara and Liton Das of Bangladesh have been fined for an angry exchange in the emotionally charged match between the two Asian nations at the Twenty20 World Cup.

Sri Lanka defeated Bangladesh by five wickets in Abu Dhabi on Sunday (23) after they chased down the victory target of 172 with seven balls to spare.

“After he dismissed the batter Das, Lahiru Kumara walked towards him using actions and words which provoked an aggressive reaction from the batter,” the International Cricket Council said in a release.

“Having been provoked by the bowler Kumara, Das reacted aggressively and in a manner which was contrary to the spirit of cricket.”

ICC said Kumara was fined 25 per cent of his match fee and received one demerit point.

Liton was fined 15 per cent of his match fee and received one demerit point as well.

Both teams are in the same Super 12 stage group as England, Australia, holders West Indies and South Africa.