KRK’s son pleads for release of father; says ‘some people are torturing to kill my father’ 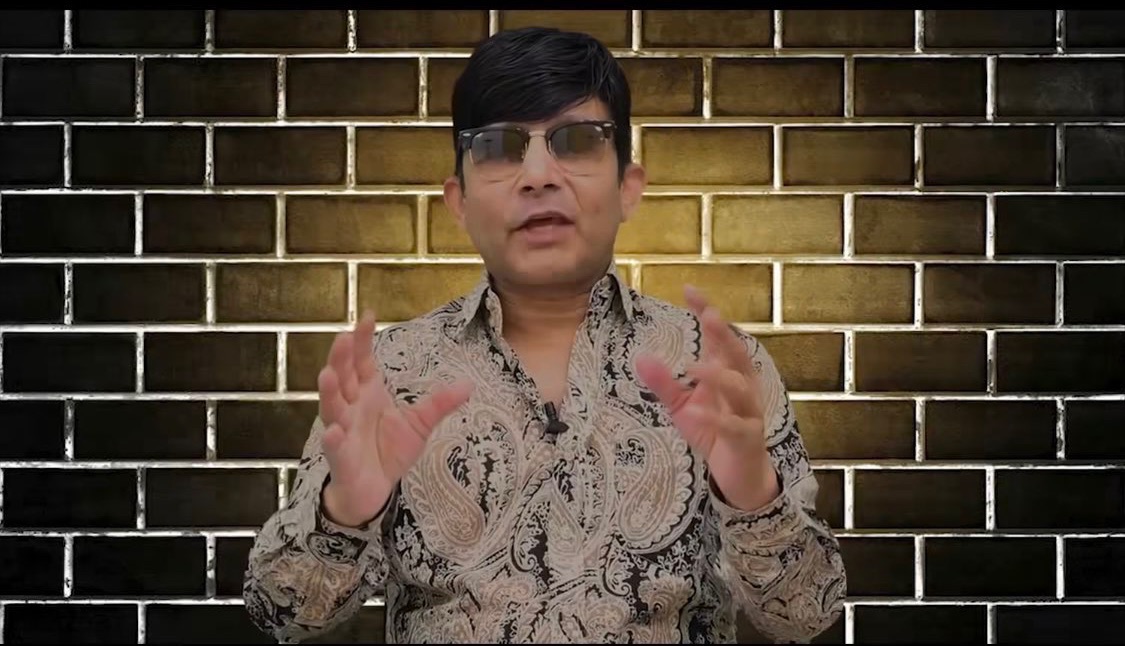 Actor Kamaal Rashid Khan or as many know him KRK continues to stay in judicial custody for controversial tweets he posted in 2020.

He recently got bail in another case he was charged with – demanding sexual favours from an actress and holding the complainant’s hand in the first week of January 2019.

However, he is yet to get bail in the case against him for his controversial tweets that date back to 2020. Amidst all this, his son took to his Twitter account and posted a request directed to actors Abhishek Bachchan, Riteish Deshmukh, and former Maharashtra Chief Minister Devendra Fadnavis. He claimed that Kamaal R Khan’s life is in danger and that he needs to be out of prison because of the harsh treatment being meted out to him.

He wrote, “I am KRK’ son Faisal Kamaal. Some people are torturing to kill my father in Mumbai. I am just 23years old living in London. I don’t know how to help my father. I request @juniorbachchan @Riteishd and @Dev_Fadnavis ji to save my father’s life. Me n my sister will die without him.”

He added, “Because he is our life. I request the public also to support my father to save his life. We don’t want him to die like #SushantSinghRajput #WeStandWithKRK”

KRK was arrested as soon as he landed in Mumbai from Dubai on August 30. According to the police, KRK was arrested over FIR against his controversial social media posts back in 2020.

The FIR was lodged on the basis of a complaint by Yuva Sena leader Rahul Kanal on April 30, 2020, where he alleged that KRK’s tweets on the late Irrfan Khan and Rishi Kapoor allegedly spread “hatred”.

Rahul had said in the FIR that a person named Kamal R Khan regularly spreads hatred on social media.

“He came into Bollywood with a movie named ‘Deshdrohi’ and is really acting like one. Even when the world is going through a pandemic, I can’t understand his inhumane behaviour and spreading hatred in all spheres of life.”

“After Irrfan Khan, who is India’s pride, passed away, he was making poor claims and statements on him. He was also talking crap about senior actor late Rishi Kapoor also,” he said in the complaint.

He also said that KRK is not in the country and requested PM Modi to file a case against him.

The same day he was sent into 14-day judicial custody.

On September 5, KRK was arrested by Versova Police for allegedly demanding sexual favours from an actress and holding the complainant’s hand in the first week of January 2019. He later got bail in this case.