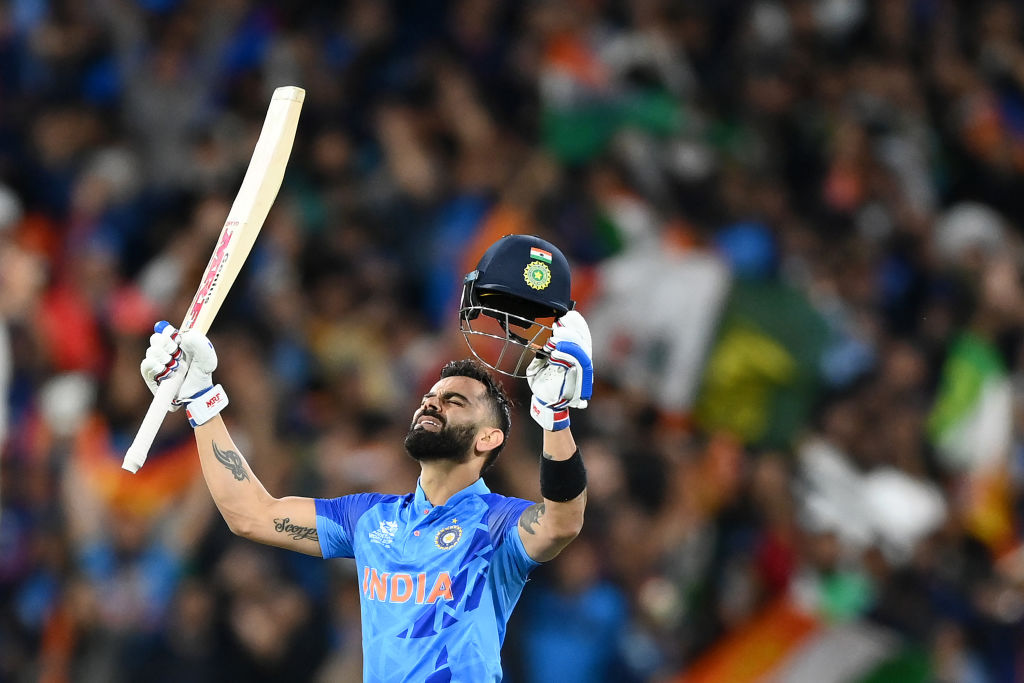 Virat Kohli struck an imperious half-century and Ravichandran Ashwin was cool at the death as India secured a four-wicket win on the final ball against arch-rivals Pakistan at the T20 World Cup on Sunday (23) in front of a huge Melbourne Cricket Ground crowd.

Pakistan’s spin-bowlingall-rounder Mohammad Nawaz had a final over to forget, gifting India two wides and a no-ball before Ashwin coolly blasted the winning run over mid-off as India chased down 160 for victory.

Man-of-the-match Kohli was magnificent, driving India to the brink of victory with 82 not out after digging the team out of trouble in a brilliant partnership with Hardik Pandya (40).

Pakistan were cruising to what seemed a morale-boosting victory but Kohli went ballistic with the bat in the final overs to bring India home in front of 90,293 screaming fans and hundreds of millions more watching around the world.

“Well, it’s a surreal atmosphere. I honestly have no words. I have no idea how that happened,” Kohli said.

“Hardik kept telling me, just believe we can stay ’till the end. I’m lost for words.”

Kohli thrashed back-to-back sixes in the penultimate over against Haris Rauf to push India within 15 runs of victory from the final six balls.

With Kohli off strike, Nawaz had Pandya caught in close with a miscued slog to break a 113-run partnership.

Kohli took back the strike and hit a six off a no-ball as the wheels fell off for Nawaz, who then bowled a wide.

Kohli was bowled off the free hit on the next ball but the ball rattled for three byes off the stumps.

With two balls left and two runs required, Nawaz had Dinesh Karthik stumped but bowled a wide on what would have been the last ball of the over.

Ashwin cleared the in-field with a calm finish to complete the win, sending Indian fans into a frenzy.

It was a cruel finish for Pakistan, who had rallied well to post a defendable total of 159 for eight after losing the toss and starting poorly with the bat.

“They shifted the momentum and finished the game well … We had a chance, and we just asked the boys to believe in themselves, but again credit to Virat Kohli.”