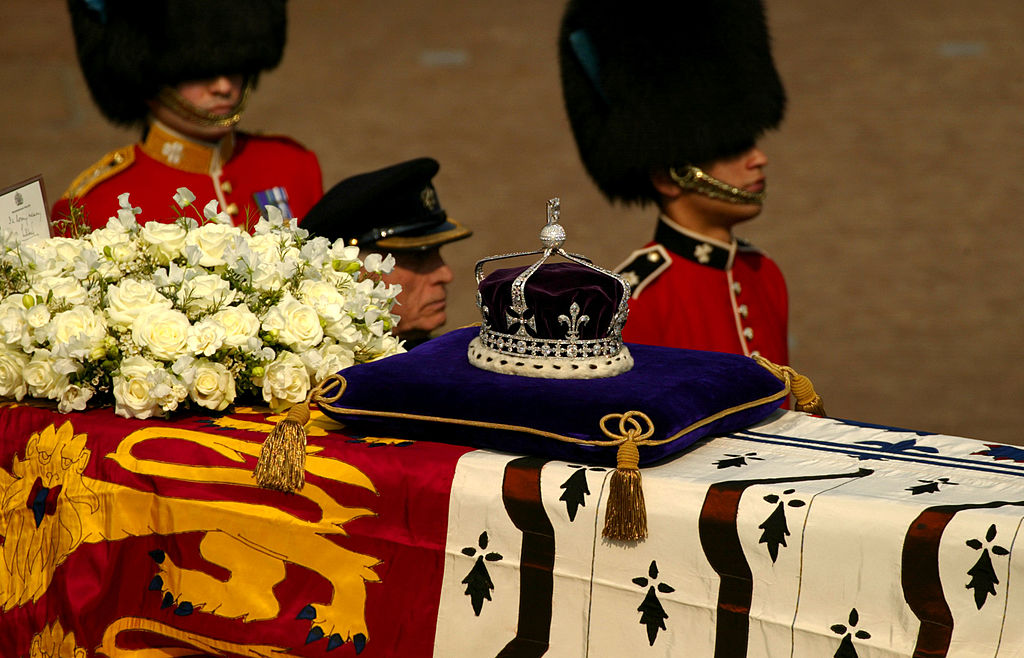 With Charles succeeding his mother Queen Elizabeth II as the British monarch, his wife Camilla is set to get the crown which holds the famous Indian-origin Kohinoor diamond.

The Queen Concert will receive the crown when the formal coronation of the new king takes place after the mourning of Elizabeth who died in Scotland on Thursday, having been the sovereign for seven decades.

“Camilla will have the Queen Mother’s priceless platinum and diamond crown placed on her head when Charles is made king,” a Daily Mail report said, recalling that it was crafted for King George VI’s coronation in 1937.

One of 2,800 diamonds in the glittering crown, Kohinoor is a large, colourless diamond, believed to be mined near Guntur in south India during the mediaeval era.

The 105-carat gem passed into British hands in the 19th century, when Britain gained control of the Sikh empire of Punjab, now divided between Pakistan and India.

According to historical accounts, Sikh king Ranjit Singh had taken it from an Afghan ruler who had sought sanctuary in India. War broke out between the Sikhs and the British after Singh’s death in 1839.

His minor heir handed over the diamond to the British following a peace treaty that ended the war. Kohinoor, also known as Koh-i-Noor or mountain of light, was subsequently displayed at the 1851 Great Exhibition in London.

However, the precious gem has been the subject of a historic ownership dispute as it has been claimed by four countries – India, Iran, Pakistan and Afghanistan.

India has unsuccessfully tried to get the stone back since the country became independent in 1947.

New Delhi had said in 2016 that it would make “all possible efforts” to get back the diamond, although the British government had previously rejected the claim.

The gem is traditionally worn by a queen as it is believed to bring bad luck to any man who wears it.