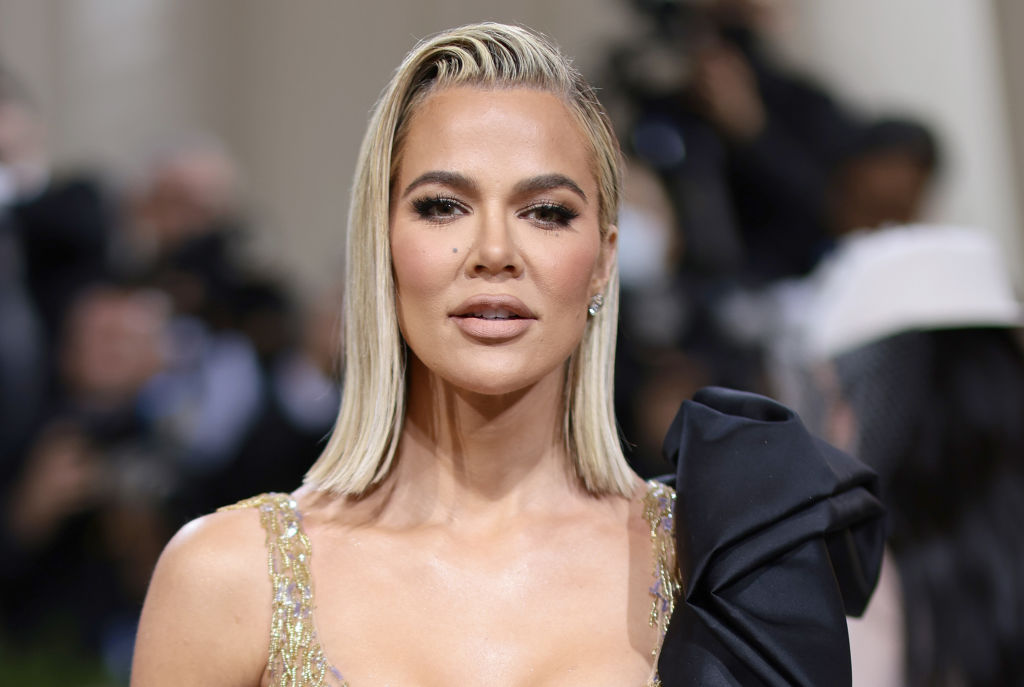 NEW YORK, NEW YORK – MAY 02: Khloé Kardashian attends The 2022 Met Gala Celebrating “In America: An Anthology of Fashion” at The Metropolitan Museum of Art on May 02, 2022 in New York City. (Photo by Dimitrios Kambouris/Getty Images for The Met Museum/Vogue)

During the latest episode of The Kardashians on Hulu, Khloe and her mother Kris Jenner got candid about plastic surgeries, Page Six reported. “I’m really contemplating getting my b**bs done. It’s just something I think about all the –” she continued before Jenner cut her daughter off and exclaimed, “Oh, let’s do it together!”

The Good American founder went on to share more about her breast insecurities.
“I’m wearing a latex top with like, a bra top so they look great right now and I wish they looked like this all the time,” she said.

Khloe said that she wants “ample cleavage” just like her sisters.

“I just want fuller. Like when you see me in a bikini, I don’t have like, cleavage. Like my sisters have like this,” she paused and sighed while waving her shoulders around — “ample cleavage.”

In 2021, the reality star admitted she had a nose job at the “Keeping Up With the Kardashians” reunion.