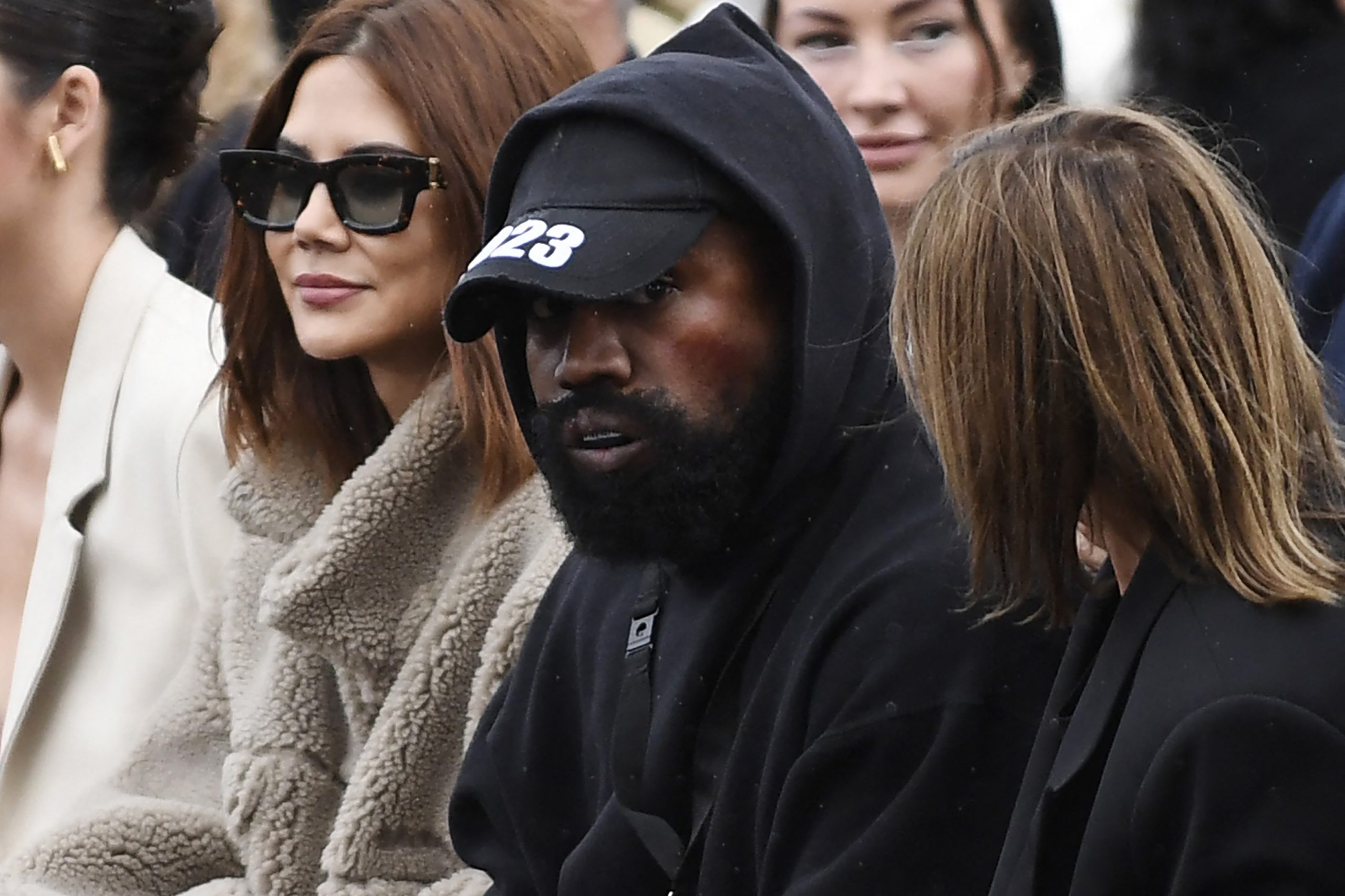 Ye, aka Kanye West, has officially made his runway debut. The Yeezy founder, 45, walked the runway at Paris Fashion Week on Monday evening. The musician and fashion entrepreneur opened Balenciaga’s spring/summer 2023 show during fashion week and also showcased his Season 9 collection to the audience in attendance.

At the show, West sashayed down the muddy ramp in a black hoodie teamed with a heavy military-style jacket with the word ‘security’ written over the left breast, leather trousers, and a baseball cap, over which he pulled the hood.

Before the models appeared, West wore a long-sleeve T-shirt with the phrase “WHITE LIVES MATTER” emblazoned on the back.

On the front is an image of Pope John Paul II and the words “Seguiremos Tu Ejemplo,” which translate in English to “We Will Follow Your Example.”

In an interview with Vogue, West explained the concept behind his new collection: “There’s just people. From the same planet. And sometimes, in high school, it feels like we don’t fit in. And in a situation like this, we have the opportunity to come together to express who we are.”

Balenciaga creative director Demna Gvasalia explained the inspiration behind the sludge-splattered circular runway, saying it was “a metaphor for digging for the truth and being down to earth.”

In his “message for the show”, shared on Instagram, Demna wrote: “I hate boxes and I hate labels and I hate being labelled and put in a box… Fashion loves boxes and labels more than anything. Putting luxury fashion into the box of polished, exclusive, and visually expensive is limited and pretty old school. Individualism in fashion is downgraded to pseudo trends dictated by a post in stories of some celebrity of the moment.”