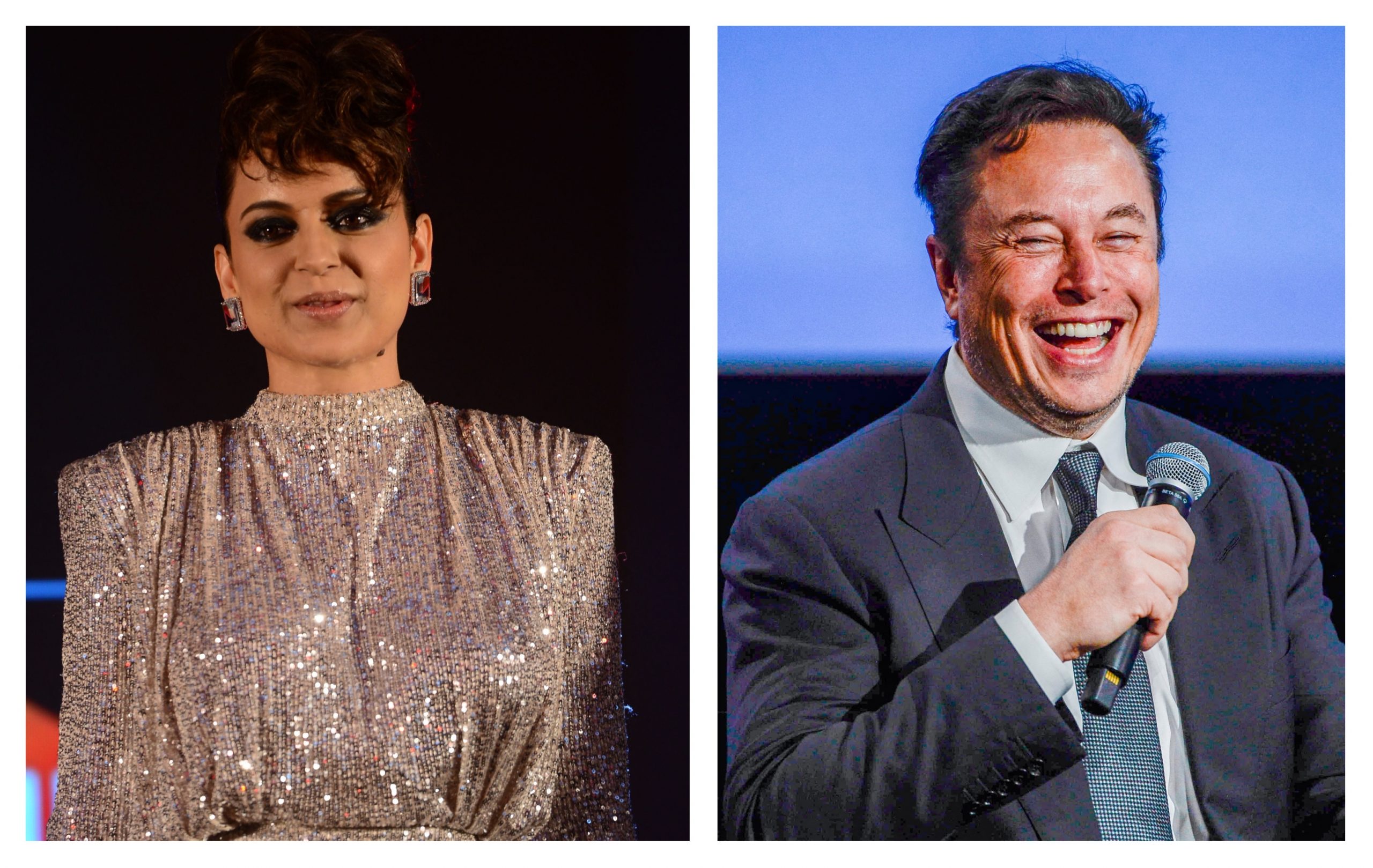 Elon Musk, the CEO of electric car maker Tesla Inc, is the new owner of the world’s most popular micro-blogging platform Twitter. As soon as Musk took over, he booted out a couple of top executives from the company, including chief executive Parag Agrawal, CFO Ned Segal, and legal affairs and policy chief Vijaya Gadde. He had earlier accused them of misleading him and providing little clarity over how he will achieve the ambitions he has outlined for the social media platform.

Amid all of this, Bollywood actress Kangana Ranaut, whose Twitter account was suspended last year, hailed the Tesla CEO for taking charge of the micro-blogging platform. She took to her Instagram Stories on Friday and also re-shared a fan’s post in which he asked Musk to restore the actress’ suspended account.

The post was first shared by the user, who goes by the name of ‘Moron Humour’ on Twitter. He captioned the post, “In the spirit of ‘Freedom of Speech,’ hope you restore @KanganaTeam as well @elonmusk…”

She had alleged a racist bias and told ANI, “Twitter has only proved my point they’re Americans and by birth, a white person feels entitled to enslave a brown person, they want to tell you what to think, speak or do. I have many platforms I can use to raise my voice, including my own art in the form of cinema.”

A Twitter spokesperson had said, “We’ve been clear that we will take strong enforcement action on behaviour that has the potential to lead to offline harm. The referenced account has been permanently suspended for repeated violations of Twitter Rules specifically our Hateful Conduct policy and Abusive Behaviour policy. We enforce the Twitter Rules judiciously and impartially for everyone on our service.”

Before taking over, Musk had earlier written on Twitter, “A beautiful thing about Twitter is how it empowers citizen journalism – people are able to disseminate news without an establishment bias.”