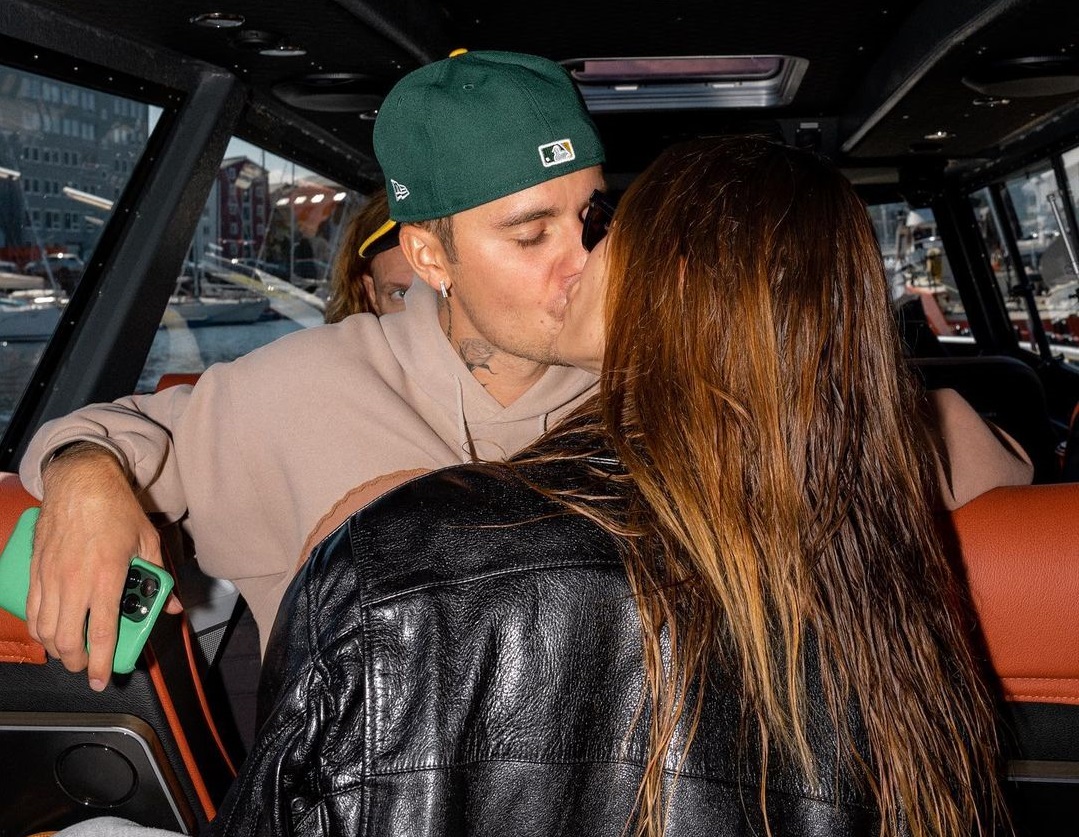 Justin Beiber and Hailey Beiber are undoubtedly one of the most adorable couples in the showbiz industry. The couple often makes sure to keep their fans happy by sharing cute, intimate pictures of themselves on social media.

Justin and Hailey are currently in Norway where Justin performed on Sunday night. Looks like the couple took some time out from their busy schedule to explore the scenic beauty of Norway and well, the pictures do look quite dreamy!

Justin posted a bunch of photos on his Instagram handle where he can be seen indulging in quite some PDA!

In the series of photos posted by Justin, the one picture that caught everyone’s attention is where he can be seen caught in a mushy moment with Hailey on a boat. Locking lips, the two seem oh-so in love!

In the photos, Justin can be seen wearing a cool brown hoodie with pants of a similar colour. He wore a pair of white sneakers and added a green baseball cap. Hailey also kept her look simple, wearing a grey-coloured crop top and bottoms of a darker shade of grey.

On the work front, Justin is currently on his ‘Justice World Tour’. He resumed his tour on July 31 after being diagnosed with Ramsey Hunt Syndrome. After Norway, Justin is all set to perform in Finland and Hungary. After Europe, Justin will be performing in South America.

The singer will also come to India for the concert. He is all set to perform at New Delhi’s Jawaharlal Nehru Stadium on October 18.

The singer had announced earlier that he was forced to postpone his ‘Justice Tour’ after being diagnosed with Ramsay Hunt. In a video message, the singer revealed that he was suffering from partial facial paralysis due to a viral infection. As a result, his concerts in Las Vegas (June 28), Glendale, Arizona (June 30), and Inglewood, California (July 2-3) were impacted.