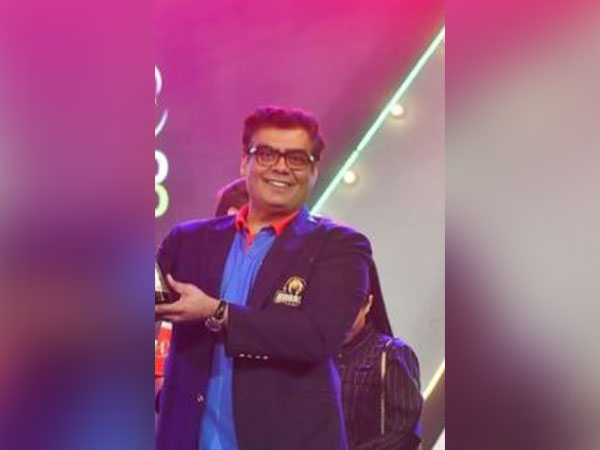 The journalists’ bodies and press clubs termed the arrest of ARY News senior Vice President an act of victimization and said that journalists will call for a nationwide protest if Ammad Yousaf is not released immediately, ARY News reported. Pakistan Federal Union of Journalists (PFUJ) in its statement said that the government should come to its senses.

PFUJ Dastoor Secretary General AH Khanzada said that if Ammad Yousaf is not released immediately, journalists will call for a nationwide protest.
“Restrictions on freedom of expression will not be tolerated in any way, Lahore Press Club has also demanded the immediate release of the ARY News head,” said the Secretary of Karachi Press Club, Rizwan Bhatti.

Yousuf’s arrest comes after the channel, which is the country’s biggest private broadcaster, was served a show cause notice by the Pakistan Electronic Media Regulatory Authority (PEMRA) on Monday.

Meanwhile, the founder and CEO of the network Salman Iqbal along with two other anchors have been booked for sedition.

On the complaint of the Station House Officer (SHO), a First Information Report (FIR) has been registered at Karachi’s Memon Goth police station. According to the channel, the FIR was registered just an hour before the arrest of ARY News head Ammad Yousaf.

Anchorpersons, Arshad Sharif and Khawar Ghuman have been booked under the ‘sedition’ charges.

The FIR has been registered under sections 120, 124A, 131, and 153A in which sedition and charges of plotting alleged conspiracy have been included.

A day after the transmission of Pakistani television station ARY News was taken off air by the country’s regulatory authorities, the outlet’s senior Vice President Ammad Yousaf was arrested from Karachi in the early hours of Wednesday, the channel said.

ARY News said that its journalist was arrested by Karachi Police and a raiding team broke into his house from the main gate in the middle of the night. It has termed Yousaf’s arrest as retaliation by the government against the channel and noted that police officers in plain clothes forcibly entered the journalist’s house.

Regulatory watchdog PEMRA has alleged that the channel was airing “false, hateful and seditious” content based on “absolute disinformation with a clear and present threat to national security by instigating rebellion within the armed forces”, Dawn reported. In its notice to the news outlet, the regulatory watchdog also termed the news anchor who delivered the news as “biased.”

PEMRA has also directed the channel’s CEO to appear in person for a hearing today (August 10).

The entire episode was perpetuated due to a news piece aired by the channel on how the ruling Pakistan Muslim League Nawaz (PML-N) has reportedly activated its strategic media cell to malign Pakistan Tehreek-e-Insaf (PTI) chairman and the country’s former prime minister Imran Khan.

Shortly after ARY News was taken off the air, PTI leader and close aide of Imran Khan, Shahbaz Gill was arrested in Islamabad on Tuesday.
An Islamabad police spokesperson said that Gill has been taken into custody for inciting the public against the state institutions, Geo News reported.

“After the ban on ARY yesterday, they’ve today arrested @SHABAZGIL. Pakistan is living under a fascist imported government, that doesn’t care about the human rights of the people of Pakistan. We strongly demand the immediate release of Dr Gill,” Imran Khan’s PTI tweeted yesterday.