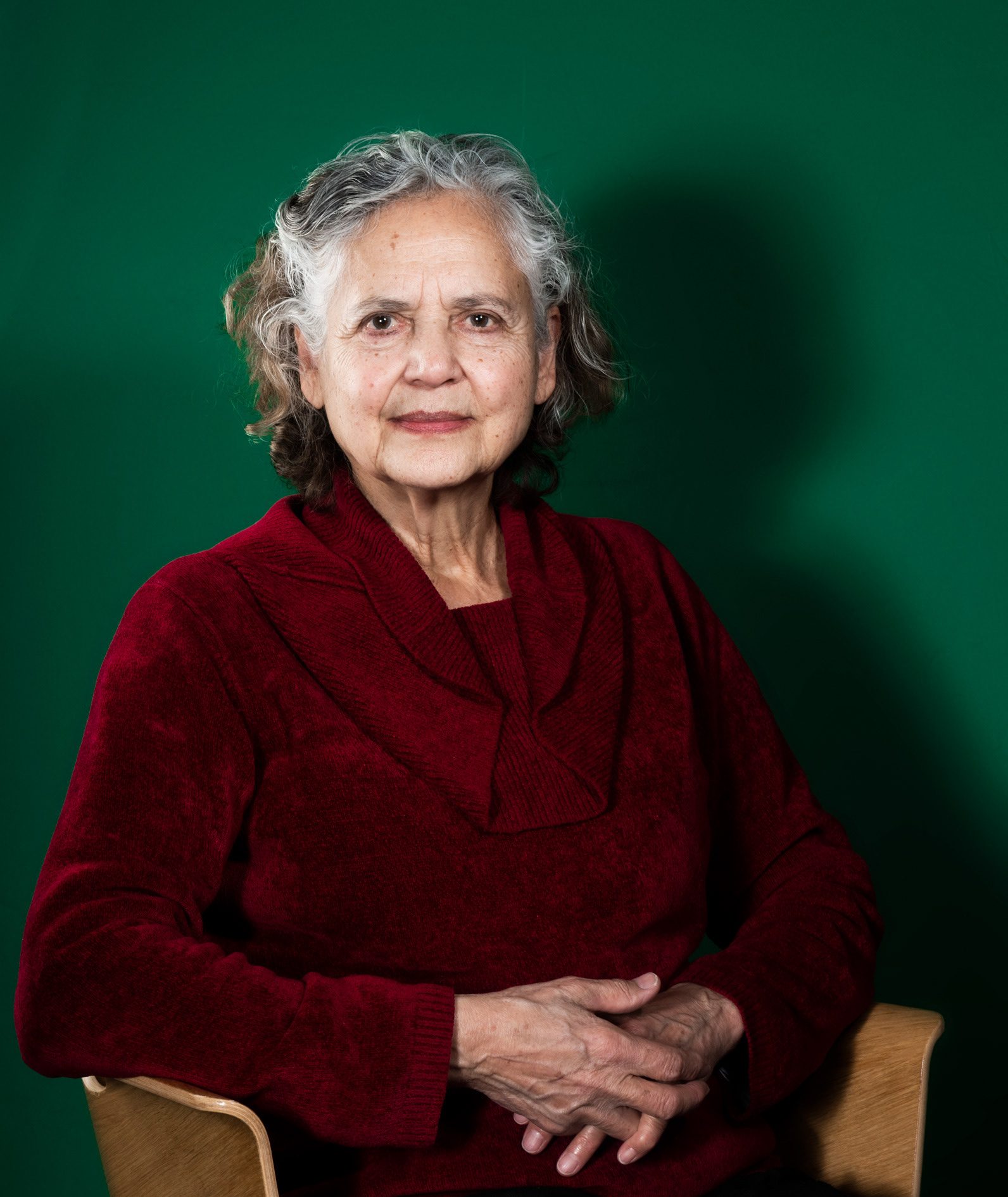 A distinguished writing career has seen Jamila Gavin combine gripping st­o­rylines, deep meaning and teaching the reader something new in her novels.

The important literary voice has part­i­cularly connected with younger readers through acclaimed books such as Coram Boy, which won the Whitbread Childre­n’s Book Award, and the remarkable Su­rya trilogy.

Her partition-set The Wh­eel of Surya is re-released this month to ma­rk the 30th anniversary since its publication and 75 years of Indian independence.

Also available now is her new novel Never Forget You, which adds to the 81-year-old writer’s remarkable body of work and revolves around four young female friends who get dragged into the dark belly of World War II (WW2).

Eastern Eye caught up with the acclaimed British author to discuss her writing journey, new novel, re-release of her classic book and inspirations.

What first connected you to writing?
I always loved writing from the earliest age. Both my English mother and Indian father were teachers, and good writers of letters and articles, who valued language. My mother was a superb storyteller, and with a dearth of children’s books in our small Indian Punjabi town, she introduced me to fairy tales and classics through storytelling.

What led you towards writing for younger readers?
Having moved to England permanently in the 50s, and later with a family of my own, I was shocked how few positive images there were of people of colour, whether in books, advertisements, libraries, television, anywhere, and how few children’s books there were to help a child of colour see their mirror image reflected back. Being brown skinned myself, I instinctively felt it was something I could do. My first story, the Magic Orange Tree, was published in 1979 and aimed specifically at that primary school age.

What inspired your Surya trilogy?
I was born in India in 1941. The British Empire was intact, WW2 was raging, and many Indians were fighting for the British, as they had done in World War I. My English mother had married my Indian father and were living in the Punjab in Batala. He had transformed an abandoned palace into a college of further education. The decades-long movement for Indian independence was now irrevocable and terrible violence between Hindus, Sikhs and Muslims broke out across India. Batala was close to the dividing line, so, in my very earliest years, mostly through my parents’ memories, I was aware of the massive displacement of people, and the fear. So much so, that my mother took my brother and I to England for safety, leaving my father to run the refugee camp his college had become. Without the first five years of my life, experiencing both the anguish of Indian Partition, and post war London, I would never have written The Surya Trilogy.

Tell us about The Wheel of Surya?
It’s the first book in The Surya Trilogy, set in August 1947 as siblings Marvinder and Jaspal are separated from their mother when civil war rages in Punjab. Together they flee their burnt-out village and escape across India nearly halfway around the world to England, to find a father they hardly know in a new, hostile culture. It was inspired by my own experiences of two countries in that period.

Did you learn anything new writing this book?
Writing any book is a learning experience. Writing books set against a historical background is a massive learning experience: researching, checking, yet not being so overwhelmed that you lose sight of the story. I was too young to understand the horror of Partition first hand but imbibed memories of my parents. I hadn’t seen what my father had witnessed and experienced. So, when I wrote a section in the first book describing an attack on local villages, I showed it to my father for his endorsement.

What did he say?
He dismissed it with a shrug, saying sadly, “what would you know?” So, I knew I had to really use my imagination to put myself into those scenes and write that passage in a way that he would feel had some truth to it. When I finally showed him again, he looked up quietly and said, “How did you know?”

The Wheel of Surya has become essential reading since being published. How much did the success mean to you?
My first reaction to any publication of mine is mainly relief. With The Wheel of Surya, I had lived with that history all my life and wondered if I could ever write it down, and in what form. Naturally, its success was wonderful, and at last, made me feel entitled to call myself a writer; but that it found its way into schools was even more gratifying. It was contributing to my agenda of wanting children to not only see their self-image in books, but also their own history.

Tell us about your new novel Never Forget You?
Never Forget You is set in England during the outbreak of WW2 and follows four young female friends who find themselves flung to different corners of the war, from the Air Training Auxiliary to going undercover in the French Resistance. In both the Surya Trilogy, all the way through to Never Forget You, I’ve explored identity, loyalty, and moral issues I knew young people have grappled with throughout time – because I have myself – the questions we all ask: the Why, the How, the If, the When.

What inspired the Never Forget You title?
My poor publishers kept trying to make my text and title shorter, which was originally, Never Shall I Ever Forget You. It was a line from a famous French folk song and felt entirely right for my title. The theme, urgency, and desire in separation, never to be forgotten, runs through the book. But I was won over when they showed me the marvellous book cover designed by Ellie Lonsdale. My long title all over it, would have taken away the impact of her cover. So, it was shortened to Never Forget You and probably more memorable.

Do you have a favourite section?
That’s a hard one. Having fought tooth and nail for what felt like every word, every line, every chapter, they are all nailed into my brain. However, one of my favourite characters is Noor, who was inspired by Noor Inyaat Khan, daughter of an Indian Sufi philosopher who became a spy and the first female radio operator sent into Nazi-occupied France.

Tell us something more about that?
I wanted to capture the essence of her character: fairy-like, loving music, writing for children, intensely pacifist – as was her father, and how she confronted this personal moral dilemma, as to how to deal with such an evil enemy as Nazism.

What is it that draws you towards history in particular?
All life – school, work, our daily lives – is all about communication. Communication is storytelling. We look to the past; yesterday, a year ago, hundreds of years ago – it becomes history. For me, The Wh­eel of Surya and Never Forget You was a near remembered past. For younger re­a­ders, they call it history. I love history ne­ar or far; my mother was a Cambridge educated historian, so history was in our DNA.

What inspires you as a writer?
I have always been inspired by fairy tales, myths and legends of both India and Britain. I feel all these ancient stories are a magical take on history and the human condition, and full of truths about ourselves. I have loved rewriting many of these stories myself, whether from the Hindu world, or Tales from the Panchatantra, often comparing, and finding the similarities and equivalent truths. History and indeed, geography, are woven into these tales, and our very evolution shines through.