James Cameron to RRR director SS Rajamouli: ‘If you ever wanna make a movie over here, let’s talk’ 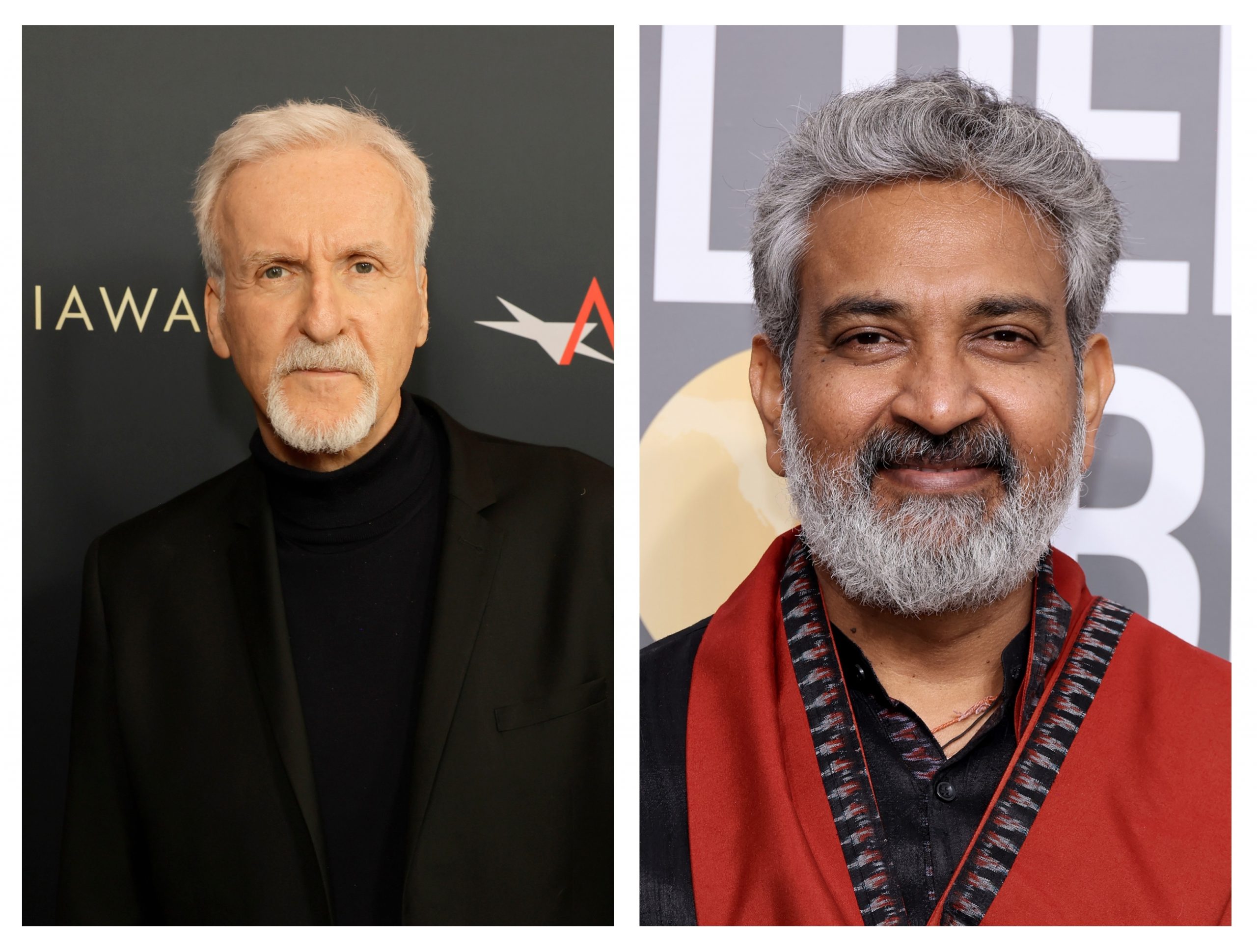 Celebrated filmmaker SS Rajamouli is going places. He is also making Indian cinema proud at the international level with his film RRR (2022). The epic action period drama, which features immensely talented Jr NTR and Ram Charan in lead roles, is on an award-winning spree. It has already won the prestigious Golden Globes Awards 2023 for its song “Naatu Naatu” and is now eyeing the Oscars.

Recently, Rajamouli met the great Hollywood director James Cameron at an award function. Pictures from their meeting went viral on social media. Now, the video of their conversation has emerged, which has taken the internet by storm.

James Cameron told Rajamouli and the team that they used the music very differently and added that a few moments in the film made him stand up even though he was watching it at home. The Avatar director was standing with his wife and analysed every detail of the storytelling at length. His wife Suzy went on to reveal that Cameron watched RRR twice — first by himself and second when his wife was watching it.

“Now watching all your characters, it’s just like such a feeling to watch them and your set up, fire, water, story. Reveal after reveal. And then you show what happened in the backstory. It’s like all of them are a homely setup. Why he’s doing what he is doing. And the twists and turns and the friendships and eventually it gets to a point where he can’t kill him when the other reverses. It’s just so powerful. And I loved the fact that you just threw the whole thing, the whole thing, it’s a full show. I loved that!” Cameron said.

“These words from you are more than an award for me. I mean, I can’t believe that you saw the film, and you are analysing my film,” Rajamouli said.

Cameron also spoke with MM Keeravani and praised him for his music. “The score. It’s kind of amazing because I like the music to kind of stay out of the way and kind of come in and support when the audience is already feeling something so it builds the theme. But you’re using music very differently. He opens his eyes and boom! And you go with it. You feel like standing up. There are moments in the film where I just had to get up. I’m talking about watching at home. I’m standing up,” he said.

Cameron concluded the conversation by telling Rajamouli, “If you ever wanna make a movie over here, let’s talk.”