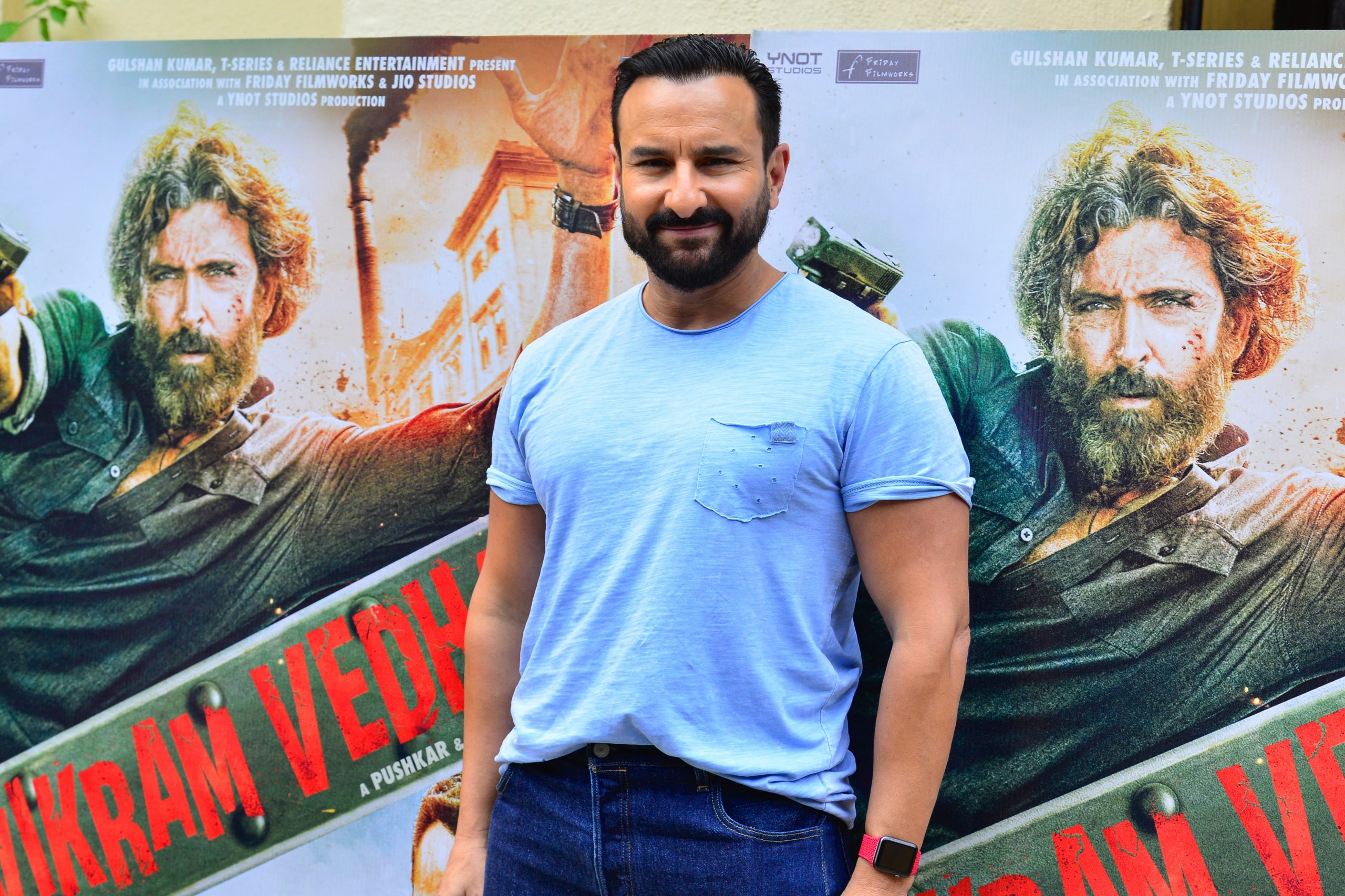 Bollywood actor Saif Ali Khan, who was most recently seen in Vikram Vedha (2022), alongside Hrithik Roshan, feels that those who are demanding a boycott of Bollywood films are not the “genuine audience” and they are using a bad film to boycott several other good films.

In an interview with CNBC-TV18, Khan also expressed his disappointment over Bollywood’s lack of stand against the cancel culture.

“This section of the people, who I think are boycotting, I am not sure if it’s the genuine audience. Using a soft target, for example, a bad movie, to say, ‘Ok let’s ban this or cancel that’… I also think it is really sad that Bollywood has not shown unity. Until we have that ability to take that step, we will never really know the truth of how effective this boycott culture is,” he said.

For those not in the know, Khan’s own film Vikram Vedha faced a boycott from a certain section of the audience. The film, which was the official remake of the cult Tamil film of the same name, received a mixed response from critics and audiences and failed to put up a great show at the ticket window.

“These people who say ‘boycott boycott’, I don’t think are the audience, personally. Because people like entertaining themselves, people like watching movies, so they are not going to not watch a movie. We don’t really have much to do in our country really. Sometimes, you can’t go for a walk in the park or take a quiet boat ride with your kids. Entertainment is limited in cities like ours, so movies are one of those things,” he said in conclusion.

Saif Ali Khan will next be seen in Adipurush, a mythological drama which is also facing a setback over its amateurish CGI and VFX work. Also starring Prabhas and Kriti Sanon, the film is scheduled to enter theatres on June 16, 2023.