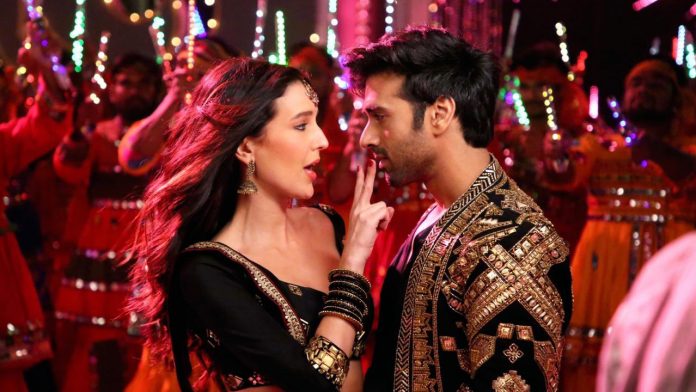 Last year it was announced that Pulkit Samrat will be seen in a movie titled Suswagatam Khushaamadeed which will be directed by Dhiraj Kumar. The makers had not announced the female lead of the film.

Now, finally, it has been announced that Katrina Kaif’s sister Isabelle Kaif will be seen opposite Pulkit in the movie.

Yesterday, Pulkit had posted a picture with an actress from the sets but her face was not revealed. He had captioned the picture as, “Goofy, fun & gorgeous! Can you guess who my co-star is in #SuswagatamKhushaamadeed ? Wait for it ! Big reveal tomorrow 😉 . @endemolshineind @dhiraj.director @manishkishorre @insiteindia @yellowantofficial.”

Well, Suswagatam Khushaamadeed is said to be a movie based on social harmony.

Talking about Isabelle, the actress was supposed to make her debut opposite Sooraj Pancholi in a film titled Time To Dance. The shooting of the film had also kickstarted, but now, there’s no update about the movie. In 2019, it was announced that she will make her debut in a movie titled Kwatha opposite Aayush Sharma. The movie might hit the big screens this year.

Coming to Pulkit Samrat, the actor was last seen in Zee5’s Taish and had impressed one and all with his performance in it. He is now gearing up for the release of the movie Haathi Mere Saathi which is slated to release on 26th March 2021.