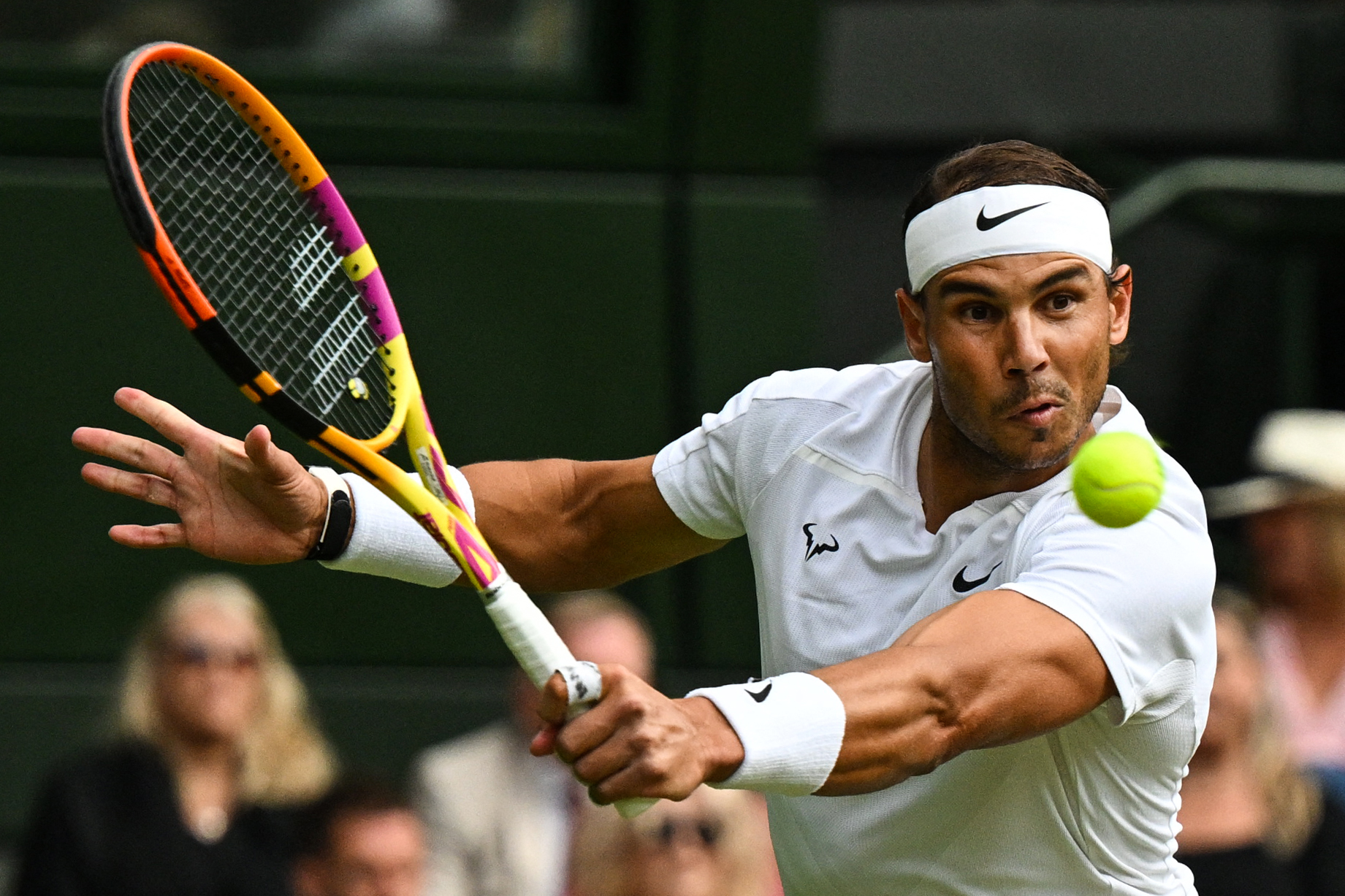 Rafael Nadal provided no assurance that he would be able to turn up for his Wimbledon semi-final on Friday against Australian Nick Kyrgios after the Spaniard played through an abdominal injury to beat Taylor Fritz in an absorbing contest.

Struggling with physical ailment, Nadal appeared close to retiring mid-match on Wednesday on Centre Court but he found the will to beat Fritz in four hours and 20 minutes.

A third Wimbledon title and first since 2010 on the manicured lawns and a U.S. Open triumph at Flushing Meadows would see the Mallorcan claim the calendar slam — a feat last achieved in 1969 by Australian great Rod Laver.

But there was no guarantee from the 36-year-old that he would be present on Centre Court to keep his historic bid going.

“I don’t know,” Nadal said when asked about his chances of playing the unseeded 27-year-old Kyrgios.

Nadal took a medical timeout against 11th-seeded Fritz during his quarter-final outing to get treatment on the injury and said he had to adjust his game to continue playing.

The Spaniard, however, considered retiring many times during the contest.

“I don’t know. I wanted to finish. I fought. Proud about the fighting spirit and the way that I managed to be competitive under that condition.”

Nadal said he was worried about the injury and he will undergo more scans on Thursday before making a decision about continuing to compete at the grasscourt major.

“I am used to holding pain and play with problems,” said Nadal, who played and won Roland Garros with pain-killing injections prior to each match and only confirmed his Wimbledon participation after radio frequency treatment eased pain in his foot.

“Knowing that, when I feel something like I felt, that is because something is not going the proper way in abdomen. But let’s see. I had these feelings for a couple of days. Without a doubt, today was the worst day, has been an important increase of pain and limitation,” he said.