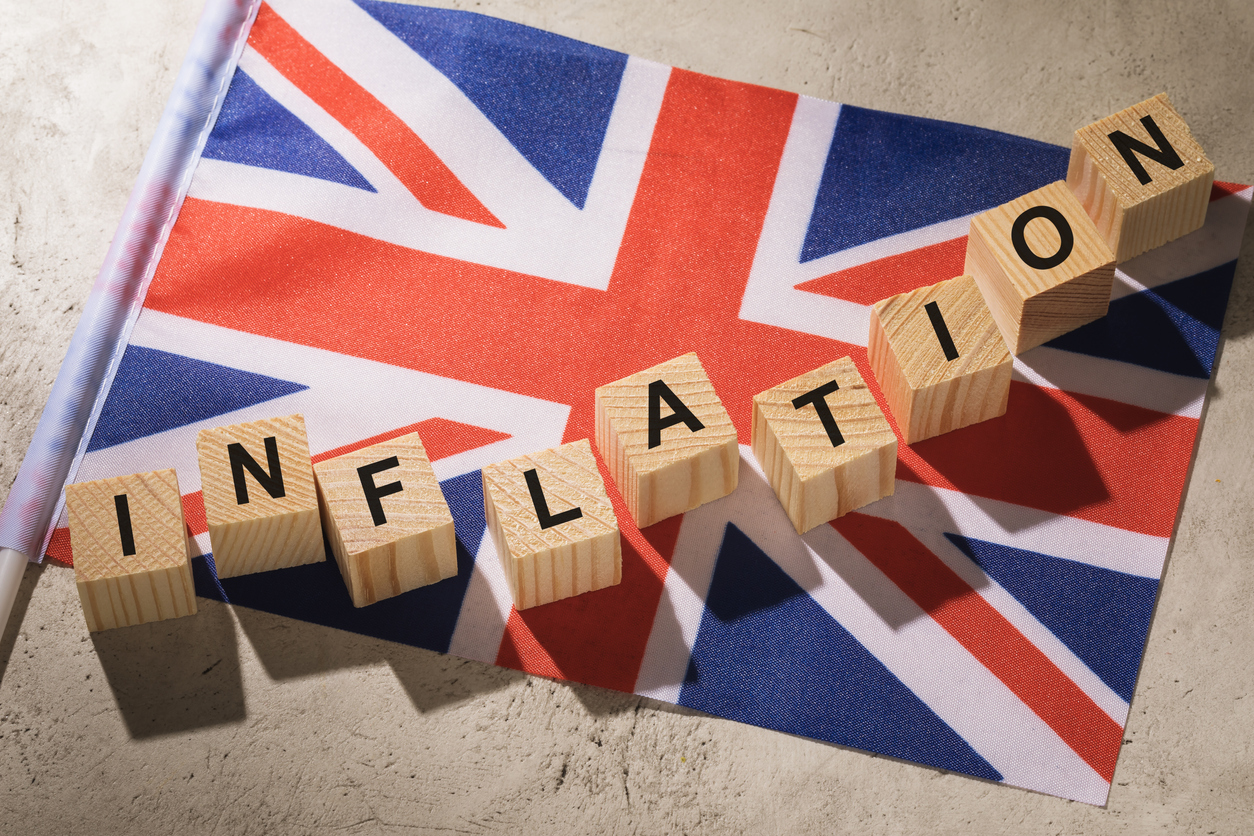 Britain flag and wooden cubes with text, concept on the theme of inflation in england

The Bank of England is expected Thursday to follow other major central banks with an aggressive interest rate hike to tackle surging inflation.

The BoE is tipped to lift its main rate by 0.50 percentage points — the biggest amount in more than a quarter of a century.

British inflation jumped to a four-decade high of 9.4 per cent in June, worsening a cost-of-living crisis as workers’ wages fail to keep pace.

‘Up the ante’
“After the ECB and the Fed delivered oversized hikes at their July meetings, the Bank of England is likely to feel similar pressure to up the ante at its August meeting,” said BNP Paribas economist Amarjot Sidhu in a note to clients.

“We expect the Monetary Policy Committee… to deliver the first 50 basis point hike since its independence and to signal its determination to prevent inflation from becoming entrenched.”

The BoE, granted operational independence from the government over monetary policy in 1997, will reveal its latest rate decision at 1100 GMT on Thursday alongside its latest outlook.

Governor Andrew Bailey has already stated that a half-point hike — which would be the biggest since 1995 — will be “among the choices on the table” this time around.

That would take borrowing costs to 1.75 per cent, a level last seen in December 2008. Consumer prices have soared as energy costs spike on key gas and oil producer Russia’s invasion of Ukraine.

Inflation has also raced higher on supply-chain woes, including labour market shortages in the wake of Brexit, and strong demand for goods and services as the Covid pandemic recedes.

Inflation ‘spooks’ central banks
Yet the bank predicts UK inflation will spike to 11 per cent later this year — and it was expected to lift this guidance on Thursday.

Added to the picture, state energy regulator Ofgem is due to ramp up domestic electricity and gas prices again in October.

“Surging energy prices… will force the BoE to revise up its inflation forecast yet again,” said Barclays analyst Fabrice Montagne.

“Higher inflation for even longer is the kind of scenario that spooks central banks.”

The BoE’s key task is to keep inflation close to a 2.0-per cent target.

Economists meanwhile argue that a large rate hike damages the nation’s recovery from the coronavirus pandemic — and risks the prospect of recession.

“The… anticipated hike would be harmful to the economy and pile on the pain for people across the country,” said Nigel Green, boss of financial consultants deVere.

The BoE has increased its key rate five times since December, lifting it to 1.25 per cent from a record-low 0.1 per cent. Until now, the BoE has not hiked its rates by more than 0.25 percentage points each time.

The soaring cost of living has dominated the race to become Britain’s next prime minister. Liz Truss is currently ahead in the polls against fellow Conservative and former finance minister Rishi Sunak.