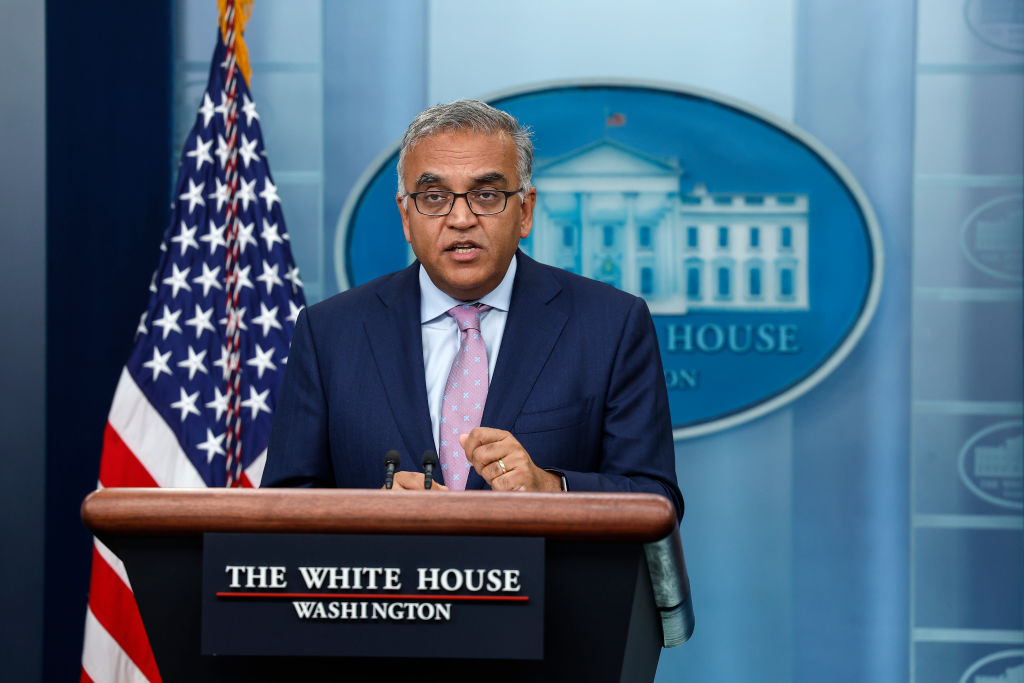 India’s vaccine manufacturing capacity came in for high praise during a White House press briefing on October 26, by Ashish Jha, White House COVID-19 Response Coordinator. While calling India a major exporter of vaccines in the world he termed India’s vaccine manufacturing capacity as ‘incredible.’
Ashish Jha’s comment came in response to a question asking him about his view on India’s handling of the COVID crisis. Responding to the question, Jha said, “India because of its incredible manufacturing capacity, has been a major exporter of vaccines.” The questioner had also asked about the slowness in India and Quad cooperation, where India was supposed to manufacture the vaccines and Quad was to distribute them across the world.
Quad, also known as Quadrilateral Security Dialogue is a strategic security dialogue between four countries namely, India, US, Australia, and Japan. The main aim of Quad is to support a free and open Indo-Pacific and build supply chains.
“I have not looked at this very closely. My understanding of why it has slowed a bit is because global demand for vaccines has slowed, because, again, we have produced a lot of vaccines,” said Jha.
“But I think that Quad partnership is really important, and certainly important to this administration. India is an important manufacturer of vaccines for the world, not just for India itself. It’s a really important thing,” he added.
Earlier in February, the Ambassador of India to the United States, Taranjit Singh Sandhu had said that the cutting-edge technology and research leadership of the US and the capabilities of India, the world’s largest vaccine manufacturer, can be combined for producing affordable vaccines.
He emphasized that vaccinating the world must be the priority strategy against the pandemic adding that the world’s map of vaccinations presents a story of disparities with the under-developed countries including those in Africa lagging at 10 per cent or below.

In October 2021, the U.S. International Development Finance Corporation and Biological E. Limited unveiled the expansion of Biological E.’s vaccine manufacturing facility in Hyderabad, to bolster near-term COVID-19 response efforts. It will also benefit long-term global health in India and throughout the Indo-Pacific region, the US Mission India said in its press release.