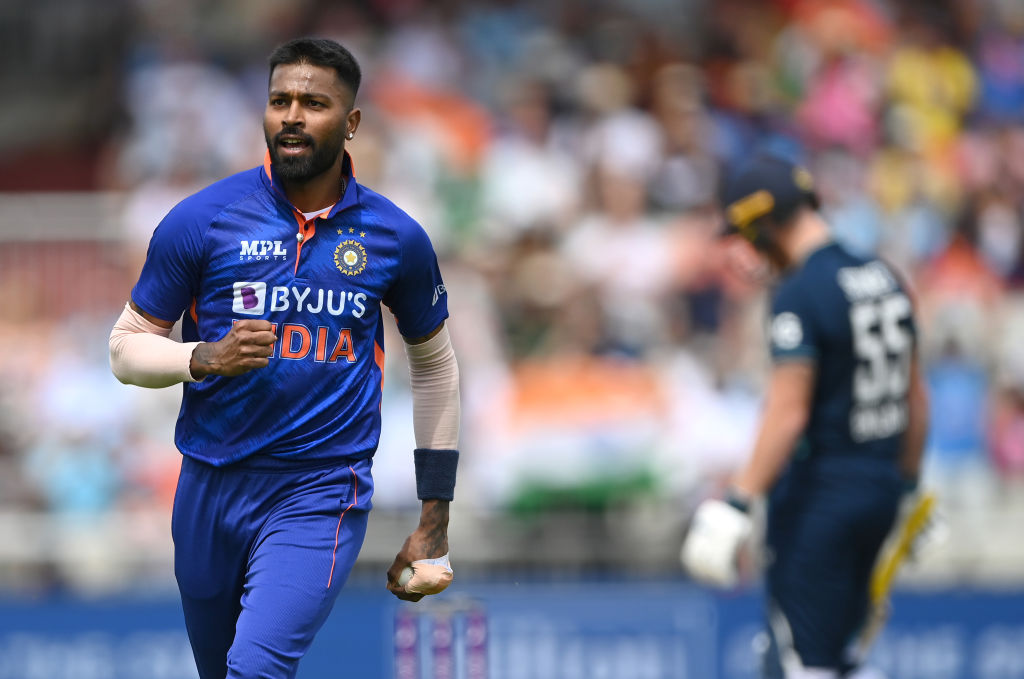 MANCHESTER, ENGLAND – JULY 17: India bowler Hardik Pandya celebrates after taking the catch off his own bowling to dismiss England batsman Ben Stokes during the 3rd Royal London Series One Day International match between England and India at Emirates Old Trafford on July 17, 2022 in Manchester, England. (Photo by Stu Forster/Getty Images)

India all-rounder Hardik Pandya said he is open to assuming the captaincy on a full-time basis after leading the side to a comprehensive victory in the final match of their Twenty20 series against West Indies.

India, who rested regular skipper Rohit Sharma, cruised to an 88-run win on the back of a superb performance by their spinners in Lauderhill, Florida on Sunday to complete a 4-1 series win.

Pandya said it was a “very special feeling” to captain India and when asked whether he was keen on the role in the future, the 28-year-old added: “Yeah, why not?

“If given a chance, I’ll be more than happy to do it. But for now, we have a World Cup coming, it’s about getting better as a team.”

Pandya is no stranger to leadership roles, captaining the Gujarat Titans to the Indian Premier League title this year in their debut season. He also led India in the 2-0 T20 series win against Ireland in June.

India has used seven captains across the three formats this year and Rohit said it was an encouraging sign for the team.

“I know it’s very exciting to create so many leaders around the team … and you want the guys to handle the pressure, who understand the game and know each other really well,” Rohit told broadcaster Star Sports.