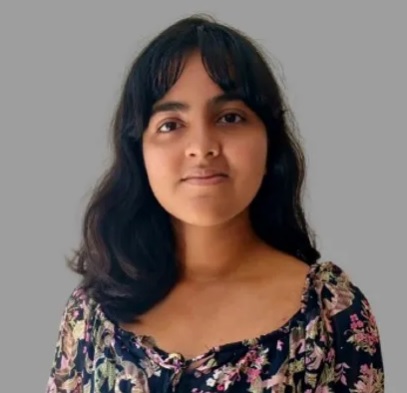 A 13-year-old Indian schoolgirl travelled to London to receive her Queen’s Commonwealth Essay Competition (QCEC) Prize from Queen Consort Camilla for a true story based on the Forest Man of India, Jadav Molai Payeng.

Maulika Pandey from India’s northern state of Uttarakhand was named the Junior Runner-up for her essay entitled ‘The Molai Forest’ and received her citation at a reception in Buckingham Palace on Thursday. It marked the first ceremony of the competition since the death of Queen Elizabeth II in September.

“All of us are bound together by a profound appreciation of the written word and of our Commonwealth,” said Camilla.

“This wonderful, extraordinary, richly diverse association of independent and equal nations and friends is, truly, ‘ours’, belonging to each one of us, and the connections between us run deep,” said the Queen Consort, who also paid tribute to her late “dear mother-in-law… who is much in our thoughts today”.

During the palace awards ceremony, the winners aged between 13 and 17 years old travelled from India, New Zealand, Australia, and around the UK to be awarded their certificates.

The Senior Winner for 2022 was Sawooly Li, 17, from Auckland for a pandemic related essay and the Junior Winner was Madeleine Wood, 14, from Melbourne for an inspirational bedtime story.

The Senior Runner-up was 17-year-old Amaal Fawzi from London, also for an essay related to frontline workers in the pandemic, and Pandey the Junior Runner-Up for her tale of Jadav Molai Payeng’s world-famous tree planting mission in Jorhat, Assam.

The QCEC is described as the world’s oldest international school writing competition, founded in 1883 by the RCS to promote literacy, expression, and creativity among young people throughout the Commonwealth and help nations achieve UN Sustainable Development Goal (SDG) 4 of “Quality Education”.

“In 2022, we asked children around the Commonwealth to reflect on the inspiring example of the steadfast commitment Queen Elizabeth II gave to our Commonwealth family for over 70 years,” said Dr Linda Yueh, RCS Executive Chair.

“As the Patron of our Society, we were immensely grateful to the late Queen for her unstinting support of our efforts to improve literacy across the Commonwealth. We are deeply honoured that Her Majesty The Queen Consort, like late Queen Elizabeth II, is tireless in her own support for this important competition and its ability to improve the lives and prospects of children around the Commonwealth,” she said.

For this year’s competition, 150 volunteer judges from across the Commonwealth assessed the entries on the theme “Our Commonwealth” and the final judging decision was taken by an expert panel, which included Queen’s Gold Medal for Poetry 2014 winner Imtiaz Dharker among other literary figures.

Each year, entrants write on a theme that explores the Commonwealth’s values, fostering an empathetic world view in the next generation of leaders and encouraging young people to consider new perspectives to the challenges that the world faces. In 2022, the RCS said it received a record-breaking 26,322 entries to the QCEC from every Commonwealth region.