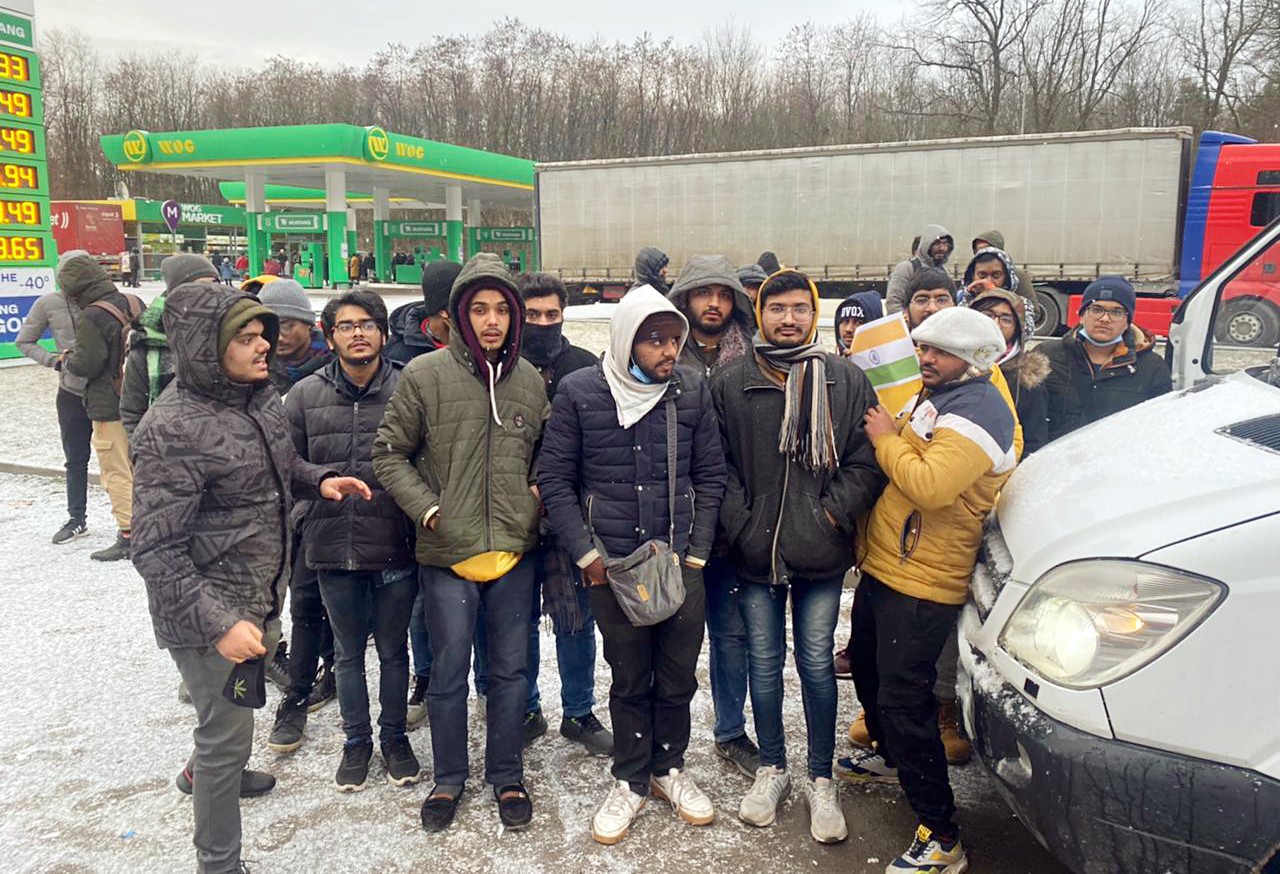 MORE THAN 600 Indian students are stranded in a university in Sumy, a city in north-eastern Ukraine, hoping they will soon be evacuated as firing and bombing left them “terrified”.

Not a single Indian student from Sumy State University, located close to the Russian border has been evacuated so far, Viraj Walde, who hails from Nagpur in Maharashtra, said over the phone on Wednesday (2).

“More than 600 Indian students are stuck here in Sumy university. The embassy has neither evacuated us nor given any assurance. For the last five days, there has been continuous firing, shelling and bombing in the city,” he said.

Their final exams were about to start on March 15, he said.

“Before Russia invaded Ukraine, temporary advisories were given to the students and the university informed us that those having exams can wait. Hence, we waited for the exams to start,” Walde added.

“But now, the students are terrified and their mental state is deteriorating. Food and drinking water supplies are depleting. Even the banks and ATMs are running out of cash,” he said.

The embassy has sent advisories to students, telling them to use only the western border of Ukraine and reach the neighbouring countries of Poland, Hungary, Romania, Slovakia and Moldova. As Sumy is located in the north-eastern part of Ukraine, it is impossible for them to travel all the way to the western part in the prevailing situation, he said.

“The border in Ukraine’s western part is located almost 1,500 km away from Sumy, whereas the Russian border is just 50 km away. The railway station in Sumy has also been closed due to bombing, and travelling via road is like committing suicide since Russian and Ukrainian forces are fighting against each other at such places,” he added.

The military administration has told the students not to venture out because there is artillery shelling in the city, he said.

“On behalf of all the students stuck in Sumy, I request the Indian government to evacuate us before anything unfortunate happens to us,” he said.

In the first Indian casualty in the war in Ukraine, a medical student from Karnataka’s Haveri district was killed in intense shelling in the eastern Ukrainian city of Kharkiv on Tuesday (1).

India said 6,000 Indians stranded in Ukraine have been brought back and efforts are underway for the safe return of the remaining ones.

Union minister of state for external affairs V Muraleedharan said in Pune on Wednesday (2) that there were around 20,000 Indian nationals including students stranded in the war-torn country.

With the help of Ukraine’s neighbouring countries Romania, Poland, Hungary and Slovakia, the students are being evacuated to India in defence aircraft, he said.

The government has initiated ‘Operation Ganga’ to bring back Indians stranded in Ukraine.