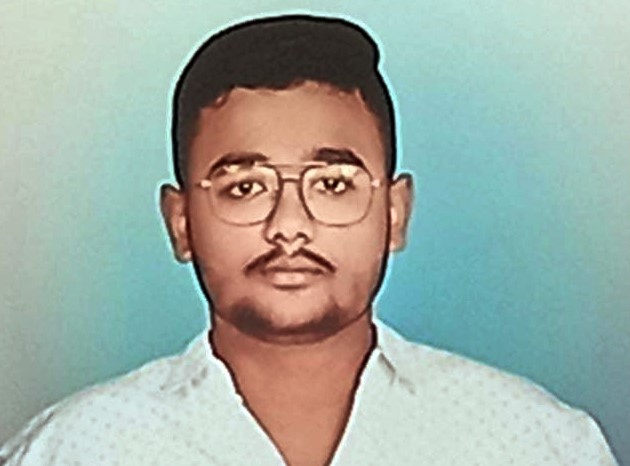 AN INDIAN student was killed on Tuesday (1) in shelling in Ukraine, New Delhi said as it urged Moscow and Kyiv to secure safe passage for around 12,000 of its stranded nationals.

“With profound sorrow we confirm that an Indian student lost his life in shelling in Kharkiv this morning,” Indian foreign ministry spokesperson Arindam Bagchi said on Twitter.

Naveen Gyangoudar, from Haveri in the south Indian state of Karnataka, had been studying in Ukraine for the last four years.

He was killed when he went out to have his breakfast, media reports said, quoting his family members.

His father Shekhar Gouda said his son would call him up “at least two or three times a day”, and his last phone call came on Tuesday (1) morning.

Several students stuck in Ukraine have been making fervent appeals to the Indian government to evacuate them from the eastern European country.

Bagchi said that the foreign secretary was “calling in the Russian and Ukrainian ambassadors to reiterate our demand for urgent safe passage for Indian nationals who are still in Kharkiv and cities in other conflict zones.”

Kharkiv, Ukraine’s second city, has been a target for Russian forces since president Vladimir Putin launched an invasion of the eastern European country on Thursday (24).

On Tuesday (1), the central square of the city near the Russian border was shelled by advancing forces who hit the building of the local administration, regional governor Oleg Sinegubov said.

Before Russia’s invasion, there were around 20,000 Indians in Ukraine. Around 8,000 have since managed to leave the country, of whom some 1,400 have been flown back to India, according to officials.

According to Indian media, some Indian students are being prevented from crossing into neighbouring countries, with border guards reportedly refusing to let them pass and demanding money.

“I was standing near the Ukrainian border, awaiting my turn to enter Romania when I saw a few guards point guns at Indian students and start abusing them in their language,” the Times of India quoted one student as saying.

“Students, who were already scared, started screaming in terror.”

The Hindustan Times quoted Ishika Sarkar, a student in eastern Ukraine, as saying in a video that Indians in the area were in bunkers and running short of food.

“(We) have been asked to reach the western border, which is impossible for us because the connecting bridges have been blown up due to bombardment… but we are not getting any kind of help in Ukraine,” he said.

Aruj Raj, a student in Kharkiv, told the paper that he has been in a hostel bunker with 400 other Indian students since Thursday.

“There is so much bombing happening outside. We can see street fighting through our windows. The city is still under curfew. It is impossible for us to step outside. We hardly have anything left to eat or drink,” he said.

India, which has long walked a tightrope in its relations with Moscow and the West and which gets most of its arms from Russia, last week abstained from the UN Security Council resolution deploring Russia’s “aggression”.