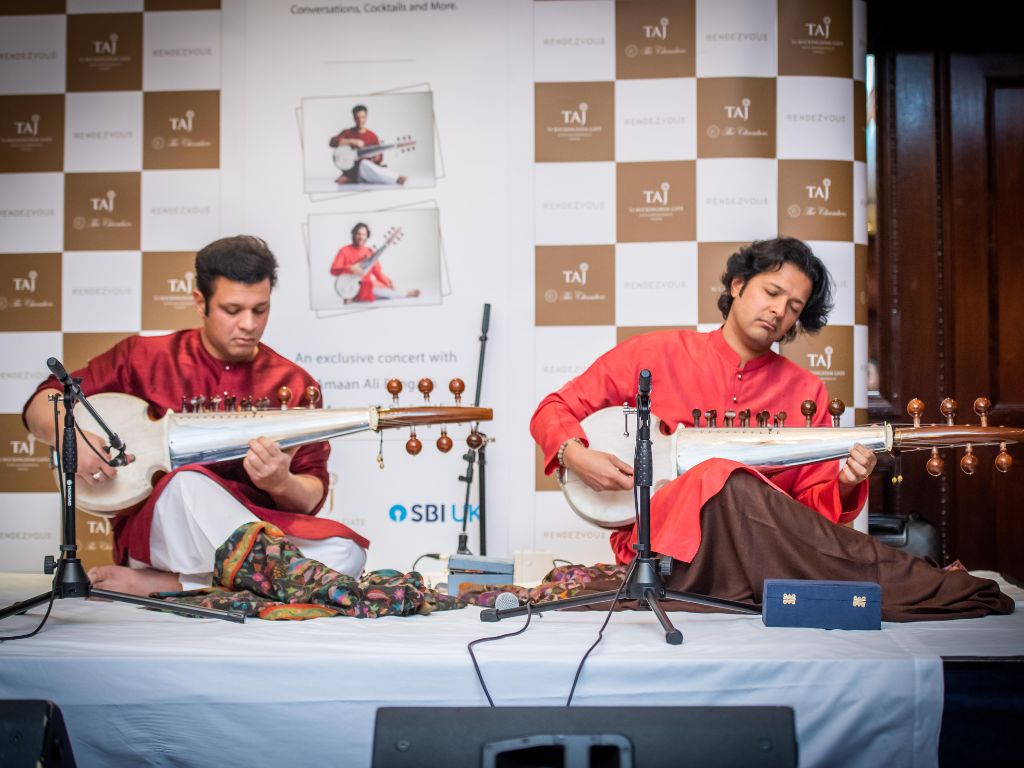 The occasion was graced by members of Taj’s own private members club, Taj, The Chambers; notable guests from the community, and key delegates of the State Bank of India (UK).

The Bangash brothers are the sons of India’s legendary Sarod player Amjad Ali Khan, and have an incredible history of performing across the globe, and have played at Carnegie Hall, Kennedy Center, and at the Royal Albert Hall during the BBC Proms last year – to name just a few.

Amjad Ali Khan also attended the exclusive event as the guest of honour and gave the esteemed guests a pleasant surprise.

The classical stringed-instrument artists have recently been announced as Associate Artists at London’s Wigmore Hall, in advance of the Hall’s 120th anniversary celebrations. They joined fellow new Associate Artists such as Lawrence Power and Gweneth Ann Rand and are committed to a five-year relationship with the Hall, performing at least once every season.

Taj, The Chambers private event was sponsored by the State Bank of India (UK).