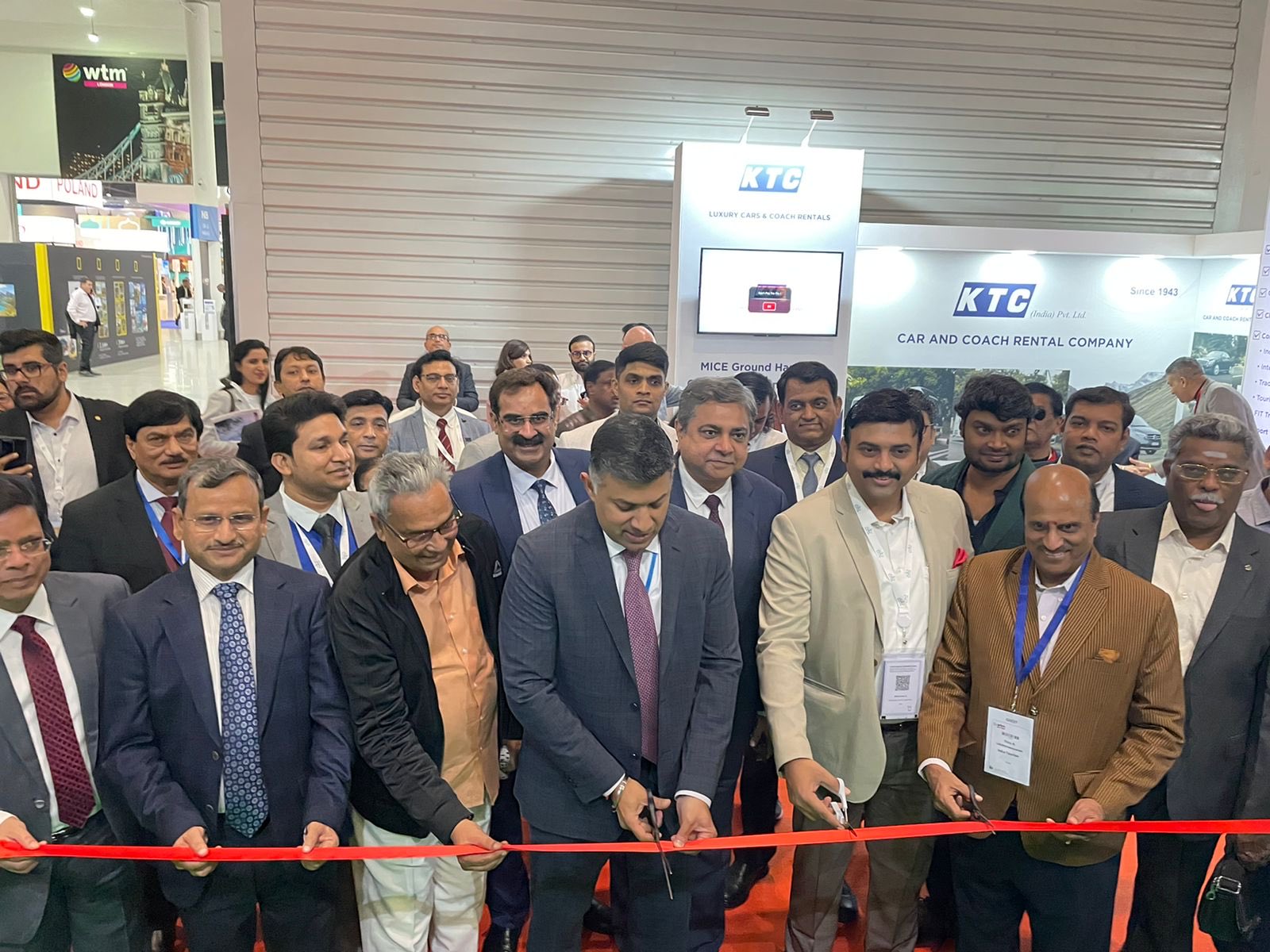 Notably, World Travel Market London 2022 is taking place at ExCel London from November 7-9. The theme of this year`s exhibition is ‘The Future of Travel Starts Now.’

It is pertinent to mention here that the Ministry of Tourism has launched the “Incredible India 2.0” campaign which covers important source markets for Indian tourism and takes into account emerging markets with significant potential. Notably, India is a tourist destination for travellers to explore architectural heritage sites, ghats and tiger reserves.

Earlier on November 7, the Ministry of Tourism in a tweet stated that dandiya performances and yoga sessions took place at World Travel Market London.

Sharing videos and images of the performances on Twitter, the Ministry of Tourism said, “A glimpse of the Indian culture and hospitality at the Indian Cultural Evening along with Dandiya performances and yoga sessions.”

Meanwhile, the Ministry of External Affairs (MEA) in a press release issued on November 5 said that the Ministry of Tourism is participating in World Travel Market (WTM) 2022. It stated that 16 stakeholders, including officials from state governments, other Central ministries, Confederation of Indian Industry (CII) as the industry partner, DMCs, tour operators, hoteliers, travel agents, online travel agents, facilitators of medical value travel are participating as co-exhibitors in the India Pavilion.

The MEA in the press release called World Travel Market “one of the largest international travel exhibitions.” It further said, “With the reopening of the country to foreign tourists, after a gap of almost 2 years, this year`s participation of India is particularly significant. After the world’s largest vaccination drive, the country is ready for international tourists. India is participating in WTM 2022 to showcase itself as a preferred destination for tourism.”

The Ministry stressed that the objective of India’s participation in WTM is to showcase the diverse tourism products and services including Medical Value travel, luxury trains and the gamut of tourism products to the international business community.