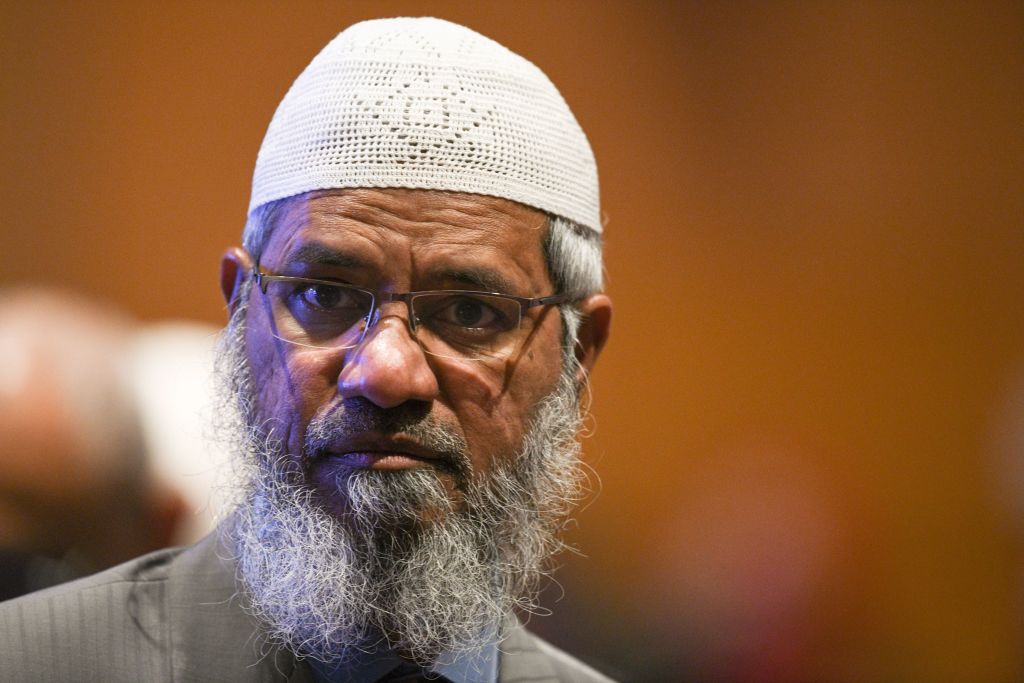 Indian fugitive preacher Zakir Naik, who faces charges of money laundering and hate speech in India, is set to give religious lectures at the 2022 FIFA World Cup in Qatar, according to social media posts.

“Preacher Sheikh Zakir Naik is present in Qatar during the World Cup and will give many religious lectures throughout the tournament,” Al Arabiya News quoted Faisal Alhajri, a presenter at the Qatari state-owned sports channel Alkass, as saying on Twitter on Saturday.

The FIFA World Cup will begin in Qatar on Monday at the Al Bayt Stadium, located about 35 km away from Doha.

Naik, who is a wanted fugitive by the Indian government, will reportedly give many religious lectures throughout the tournament, according to Alhajri.

The MHA notification stated that the speeches of Zakir Naik, founder of the IRF, were objectionable as he has been extolling known terrorists.

The notification further stated that the IRF founder has also been promoting forcible conversion of the youth to Islam, justifying the suicide bombings, and posting objectionable comments against Hindus, Hindu Gods and other religions, which are derogatory to other religions.

“Naik has also been further inspiring the Muslim youth and terrorists in India and abroad to commit terrorist acts,” the notification added.

It also said that unlawful activities of IRF, its members, as well as sympathizers were noticed in Gujarat, Karnataka, Jammu and Kashmir, Jharkhand, Kerala, Maharashtra and Odisha.

Before the anti-terror tribunal, Solicitor General submitted that there is overwhelming evidence on record to show that Zakir Naik continues to reach out to his followers in India by propagating his teachings through videos and making provocative speeches and lectures disseminated via various social media channels.

The Home Ministry notification further said that the material on record before this tribunal by a senior government officer in sealed cover shows that trustees of IRF and especially Zakir Naik continue to travel to Gulf countries for the purpose of raising funds and have opened trusts, NGOs, shell companies, all of which are being used for the sole purpose of radicalizing individuals and especially the youth of Muslim community.

“These activities constitute a form of symbolic yet manifested invasion through the deliberate perpetuation of hate in the community done by IRF and its office bearers. Therefore, the aforesaid material shows that there exists sufficient cause to hold IRF an unlawful association,” added the notification.