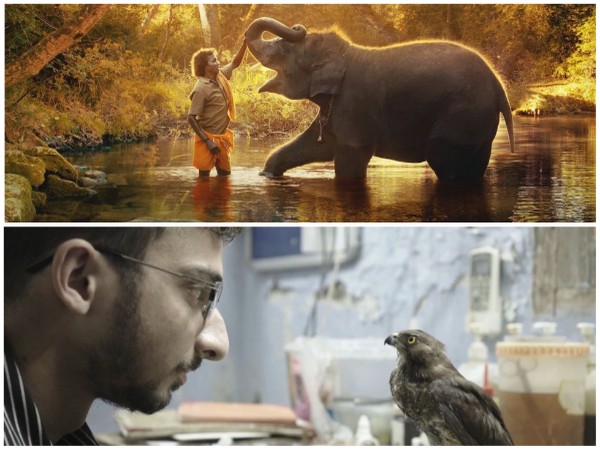 Indian documentary All That Breathes and the short documentary film The Elephant Whisperers are now in the race for the Oscars!

All That Breathes is now in the race to bag the Oscars this year in the ‘Documentary Feature Film’ category.

The film, directed by filmmaker Shaunak Sen, revolves around the lives of siblings Mohammad Saud and Nadeem Shehzad, who work out of their derelict basement in Delhi’s Wazirabad, to rescue and treat injured birds, especially the black kites.

The documentary has been nominated against ‘All the Beauty and the Bloodshed’, ‘Fire Of Love,’ ‘A House made of Splinters,’ and ‘Navalny’.

This is not the first time that the film has brought laurels to the country. Last year, ‘All That Breathes’ won the 2022 L’Oeil d’Or, the festival’s top prize for documentaries at Cannes 2022.

Not just this, another Indian film ‘The Elephant Whisperers’ also made it to the Oscars nomination list this year. The film has been nominated in the ‘Documentary Short Film Category’.

The short documentary film is currently streaming on the OTT platform Netflix. The 41-minute -long film has been directed by Kartiki Gonsalves. The film’s plot revolves around a family who adopts two orphan baby elephants in Tamil Nadu’s Mudumalai Tiger Reserve.

The film has been nominated against ‘Haul Out,’ ‘How Do You Measure A Year?’ ‘The Martha Mitchell Effect,’ and ‘Stranger At The Gate’.

Apart from these two films, the other nomination from India at the Oscars is in the ‘Original Song’ category. ‘Naatu Naatu’ from SS Rajamouli’s ‘RRR’ made it to the official race this year.