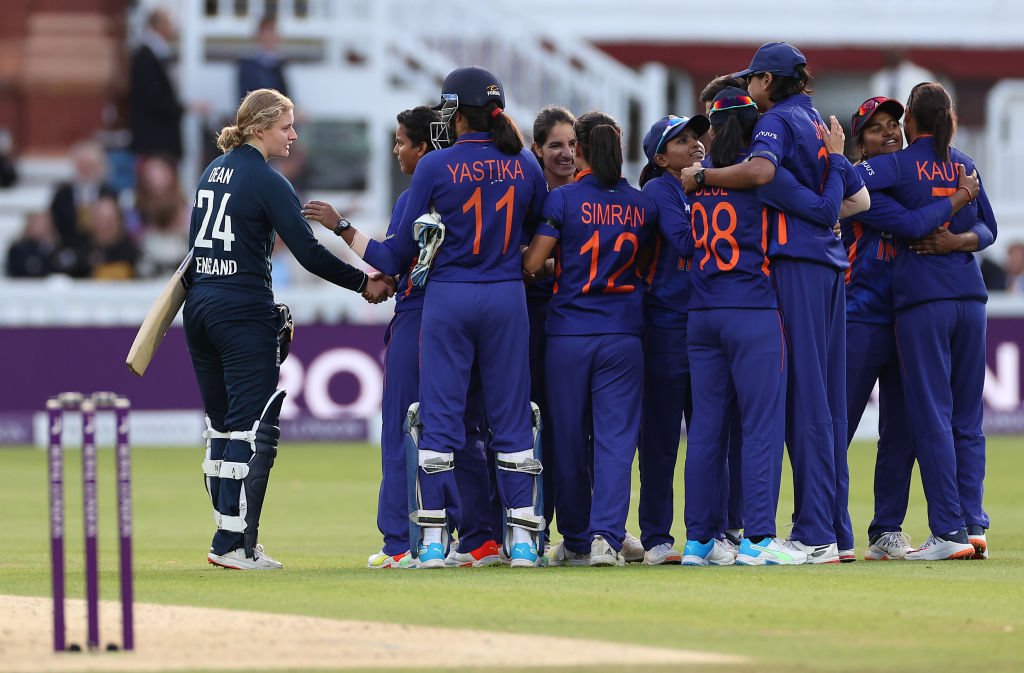 Indian women cricketers took to social media to laud the Board of Control for Cricket in India (BCCI) for introducing equal match fees for both men’s and women’s cricketers in a huge step to introduce pay equity in the sport.

In a historic move by the Board of Control for Cricket in India (BCCI), India’s cricket governing body on Thursday announced an equal match fee for both men’s and women’s cricketers of India. Indian skipper Harmanpreet Kaur took to social media to express happiness at the move, calling it a “red letter day for women’s cricket in India.

“Truly a red-letter day for Women’s Cricket in India with pay parity announced for women and men. Thank you @BCCI and @JayShah,” tweeted Harmanpreet Kaur.

Legendary Indian batter and former batter Mithali Raj also lauded BCCI for the move, saying that with this move and the Women’s IPL next year, the country is stepping into a new era of women’s cricket.

Former Indian pace great Jhulan Goswami also lauded the move by tweeting, “Great initiative from @BCCI and @JayShah sir for the upliftment of women’s cricket. This will motivate young girls in taking cricket as a career. It’s also an imp. step in creating gender equality in society & hopefully other sports will follow BCCI’s footsteps. @BCCIWomen.”

“What amazing news for Women’s cricket in India,” she tweeted.

“Thank you @JayShah sir and @BCCIWomen,” added Yastika in a tweet.

Some men’s cricketers lauded BCCI for this crucial move for gender equality.
Indian middle-order veteran Cheteshwar Pujara tweeted, “A great step from the @BCCI towards uplifting women’s cricket in India and setting an example for the world to follow.”

Former Indian spin great Harbhajan Singh extended his congratulations to BCCI by tweeting, “Happy to know that @BCCI has taken the decision of pay equity policy for sportspersons in cricket. BCCI has set a standard for other sports bodies. It will encourage greater participation of women in the game. A historic milestone indeed! @iRogerBinny @JayShah.”

Former Indian spinner Amit Mishra also tweeted, “A welcome decision indeed. Proud that our country did it first. This should be followed by every sports organisation across the globe. Great work @bcci @jayshah ji.”

“I’m pleased to announce BCCI’s first step towards tackling discrimination. We are implementing a pay equity policy for our contracted women cricketers. The match fee for both Men and Women Cricketers will be the same as we move into a new era of gender equality in Indian Cricket,” Shah tweeted.

BCCI secretary Shah also highlighted the new fees for the contracted players and stressed that the Indian Women’s cricket team would earn the same match fees as their male counterparts.

“The @BCCIWomen cricketers will be paid the same match fee as their male counterparts. Test (INR 15 lakhs), ODI (INR 6 lakhs), T20I (INR 3 lakhs). Pay equity was my commitment to our women cricketers and I thank the Apex Council for their support. Jai Hind,” he added in another tweet.