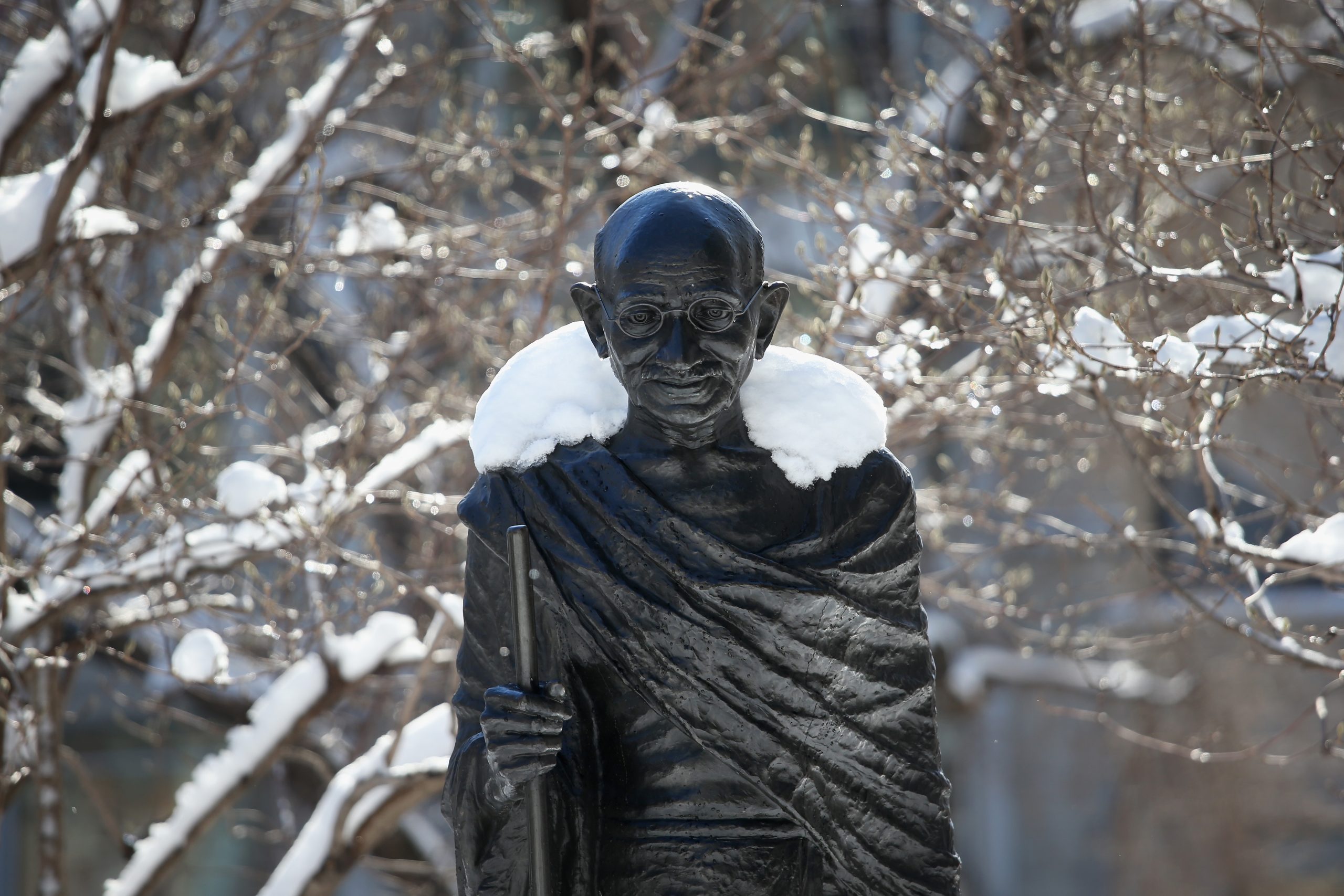 Indian-Americans held a peaceful protest at the Time Square against the recent spurt in hate crimes and instances of vandalism of the Gandhi statue in the city.

The protest was organised in association with the influential Federation of Indian Americans (FIA) along with other community outfits. The participants urged the Biden administration and other state governments to take steps against such instances.

Community representatives also expressed concern over the recent and multiple brazen attacks on Mahatma Gandhi’s statue in New York and other US cities.

A moment of silence and prayers were held to pay tributes to the victims and to the heroes who made the ultimate sacrifice to keep them all safe.

Addressing the gathering, India’s Consul General in New York Randhir Jaiswal emphasized the need to renew commitment and resolve to be vigilant against hate crimes and terrorism, and to embrace peace-filled harmony and non-violence which are the preaching of father of the nation Mahatma Gandhi. Mr Jaiswal also paid his tribute to the victims of 9/11.

In his remarks, FIA president Kenny Desai said nothing is better than a peaceful march to bring the issue to the attention of the authorities concerned.

“As we remember and honour those who lost their lives on this day, we should work peacefully with a committed resolve to abolish extremism and hate-crime,” he said.

Asserting that there is a lot to learn from the values that Mahatma Gandhi embodies, community leader and Rajasthan Association of North America chief Prem Bhandari strongly condemned the recent incidents of vandalism where the statue of the great global leader was desecrated and destroyed.

He demanded strict action by the US government to punish those responsible, FIA said. FIA chairman Ankur Vaidya and chairman of Bihar Foundation of North America Alok Kumar also spoke on the occasion.