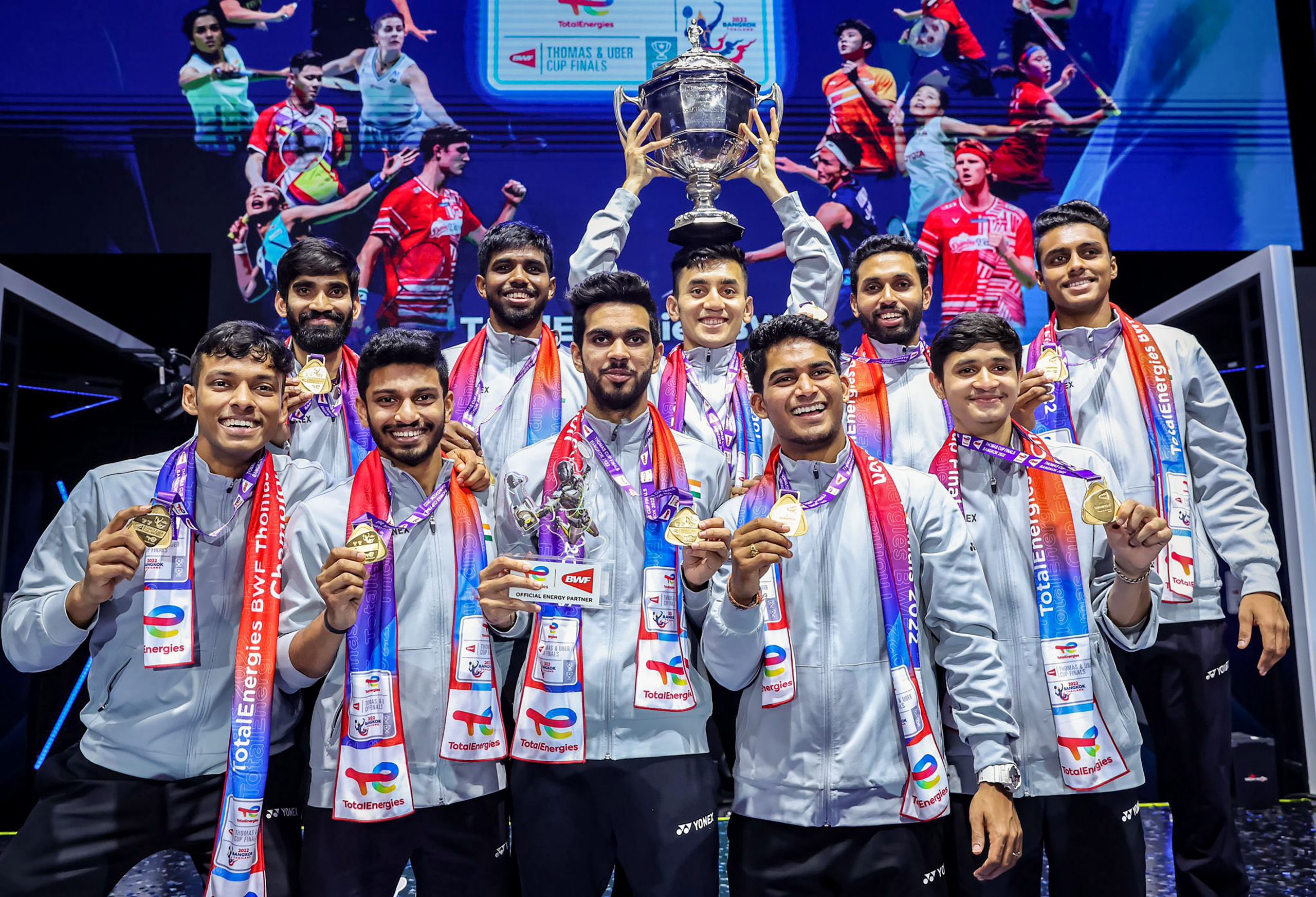 Indian team’s historic Thomas Cup victory will make it a “badminton superpower” as it has well and truly arrived on the world stage with an achievement, which is way bigger than any individual accomplishment, feels legendary Prakash Padukone.

India recently dethroned defending champions and 14-time winners Indonesia with a commanding 3-0 win in the summit clash of the Thomas Cup Final to script a historic win.

“I didn’t expect this to happen so early, not at least in the next 8-10 years. I think we have truly arrived and India will be considered a superpower and a threat from now on. It will give a big fillip to the sport,” Padukone, India’s first All England Champion in 1980, told PTI during an exclusive interaction.

Padukone has no doubt that this is Indian badminton’s watershed moment and there is a need to capitalise and build on this stupendous success.

“It was a complete team effort and a convincing win and a momentous occasion. I think it is equally great or perhaps greater than Individual success. We needed this and I think our moment has truly arrived. Now there is no looking back and it’s time to capitalise on it.” Padukone, who had led India to the semi-finals in the 1979 edition of Thomas Cup, feels this win will have a great impact on the sport in the country and as a nation, it is paramount that we don’t let the momentum slip.

“It will make it more popular, trigger more growth in the sport, more youngsters will be taking it up, more corporate and government support will come and overall the standard should improve and the trend should show an upward graph,” he said.

For the touch artist of yesteryears, the next decade will be very important in order to carry the momentum.

“The onus will be on federations and also on state associations to seize this opportunity and see how they can capitalise on this in the next 5 to 10 years. It is important to get more people involved in the sport, come up with innovative ideas.” Padukone wants a blue-print in place, a vision document that will reveal the way forward.

“It will put more responsibility on them (federation), so they have to have a vision, need to have a plan in place. Maybe have more regional centres, better infrastructure, get corporate support and don’t lose this opportunity. We really need to plan ahead for 5 to 10 years.” Padukone feels the emergence of Satwiksairaj Rankireddy and Chirag Sen is one of the prime reasons behind India’s victory at the Thomas Cup.

“Doubles has always been our weakness but now we have a doubles pair which can beat anybody in the world. Earlier there was too much pressure on the singles but now they could play freely and it showed on the court,” he said.

The 66-year-old, who was ranked world No. 1 in 1980, feels the men’s team is in safe hands but he is worried about the lack of depth in women’s badminton.

“It’s the ladies front, where it is slightly worrying. We don’t have the same bench strength in women compared to men. I am not saying we don’t have the talent, we do. But none of them are at the same level as Saina or Sindhu, which is a bit worrying,” Padukone was clear about his apprehensions.

The Indian women’s team had won the bronze medals twice but it failed to cross the quarterfinals after losing 0-5 to Korea.