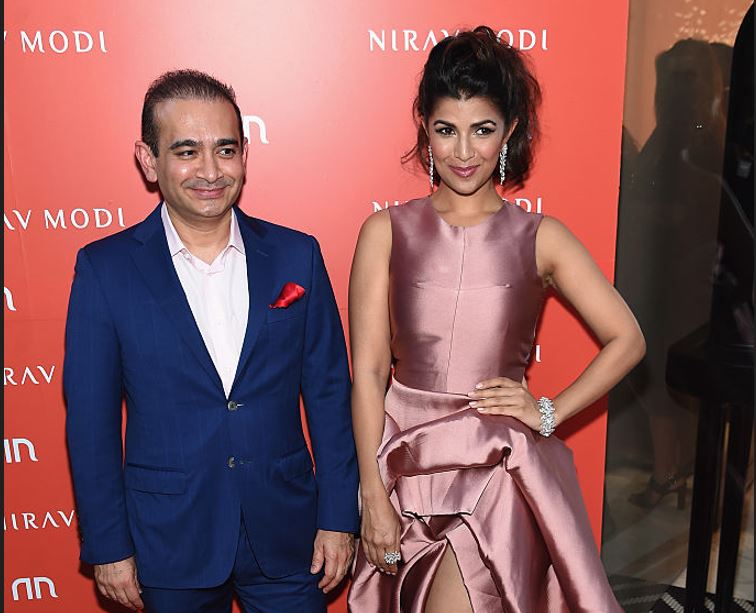 The Ministry of External Affairs (MEA) on Thursday (10) welcomed the decision of the UK High Court to dismiss fugitive diamond businessman Nirav Modi’s plea against extradition back to India.

“India has been vigorously pursuing the extradition of economic fugitives so that they face justice in India. We welcome the decision of the UK High Court. We want to bring him to India as soon as possible,” said MEA spokesperson Arindam Bagchi on Nirav Modi’s extradition order by the UK HC.

On Monday (7), a UK court also approved India’s request for the extradition of arms dealer Sanjay Bhandari to face trial for money laundering in India.

“We’ve seen another court giving a decision in favour of extraditing him (Sanjay Bhandari) to India. This is usually a lengthy process but we’ll continue to make all efforts so that economic fugitives can come back to India to face the justice system of the country,” said the MEA spokesperson.

On Wednesday (9), Nirav Modi lost his appeal against extradition to India with a United Kingdom court dismissing his plea. The High Court of London (United Kingdom) dismissed the appeal of Nirav Modi, who is wanted in India to face money laundering and fraud cases.

Nirav Modi, who is a prime accused in the £1.6 billion PNB scam, had fled India. He lost his appeal after he had moved the High Court in London against extradition on mental health grounds.

The bench of Justice Stuart Smith and Justice Robert Jay of the High Court said there are “no features of psychotic illness”.

The court rejected Nirav Modi’s counsel’s claims that he will die by suicide due to severe depression and said “Nirav Modi neither is nor is very likely to be at the most severe end of the scale of depressive illness”.

“He has so far displayed no features of psychotic illness. Although he has exhibited persistent suicidal ideation, he has neither attempted suicide or deliberate self-harm nor disclosed plans to do so, except in the most vague and general way,” the court said.

The High Court also noted the steps taken to render Barrack 12 safe and to ensure that there is effectively constant monitoring to reduce both the risk of attempted suicide and the prospect of suicide being committed.

The Court noted that the appellant, Nirav Deepak Modi, is sought by the government of India.

The High Court noted the sets of criminal proceedings before it. The first, brought by the Central Bureau of Investigation (“the CBI”), relates to a fraud on the Punjab National Bank, which caused losses equivalent to over £700 million.

The second, brought by the Enforcement Directorate (“the ED”), relates to the alleged laundering of the proceeds of that fraud.

“While, as we have said, the arrangements cannot entirely eliminate the risk of suicide, that is not the test. The starting point is that a high threshold has to be reached in order to satisfy the court that Mr (Nirav) Modi’s condition is such that it would be oppressive to extradite him. As we have said, the arrangements that will be in place, which have been the subject of assurances in response to the concerns and promptings of those acting for Modi, are appropriate,” noted the court.

“That is in itself an indication that they will enable the authorities to cope properly with Mr (Nirav) Modi’s condition and the risk of suicide. On the assumption that the arrangements are put into place in accordance with the GoI’s assurances, the residual risk is, in our judgment, greatly reduced,” said the bench.