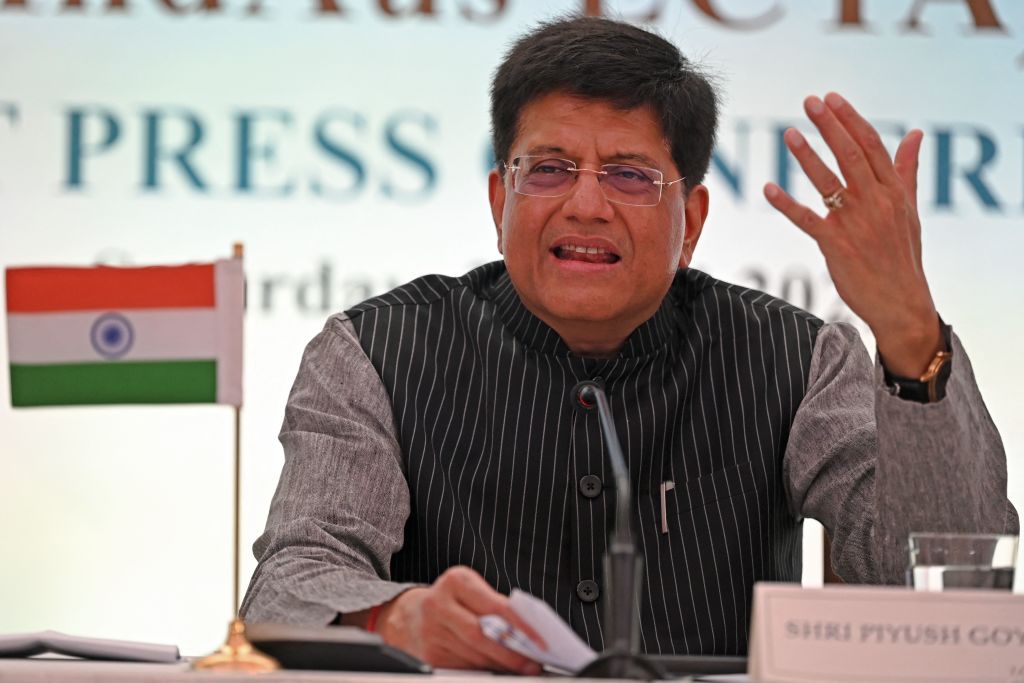 Union Commerce Minister Piyush Goyal on Tuesday said the UK is keen to stick to the Diwali deadline for India-UK free trade agreement and both countries are working towards it.

He referred to the passing away of Queen Elizabeth II and said “as we are expanding our engagements, the UK is at a cusp”. “Two days ago, I received a letter from the UK again reiterating that they want to stick to the Diwali deadline (for the India-UK Free Trade Agreement),” Goyal said at an event here.

Speaking of India’s engagements and the quest to become self-reliant, Goyal said, “If we don’t engage with the international market, we are the losers…Today the whole world is talking of Atmanirbhar…There is no power that can stop us from becoming a developed nation in the next 25 years…The world wants to engage with us, the world has more confidence in us than we have.”

Earlier, in the day, British High Commissioner to India, Alex Ellis said that India and the United Kingdom have the high ambition of completing the Free Trade Agreement (FTA) by Diwali this year.

He said that the agreement will increase employment and bring economic development to India over the next 25 years.

“Both, India and UK need to grow because we have great ambitions from both prime ministers. FTA is one of the best ways we can support the growth and development of India’s economy and India’s employment over the next 25 years. Now is the time to write a new chapter in our history as partners and support each other in our growth,” the UK High Commissioner told ANI on the sidelines of an event held in New Delhi.
On being asked, if it could be a “Diwali Dhamaka”, the UK High Commissioner nodded, saying, “I hope so.”

“I think we have high ambition on completing the FTA by Diwali. The FTA will create more jobs, more growth, and more opportunities for India to grow and develop,” he added.
The two countries concluded the fifth round of talks for the Free Trade Agreement (FTA) last month.