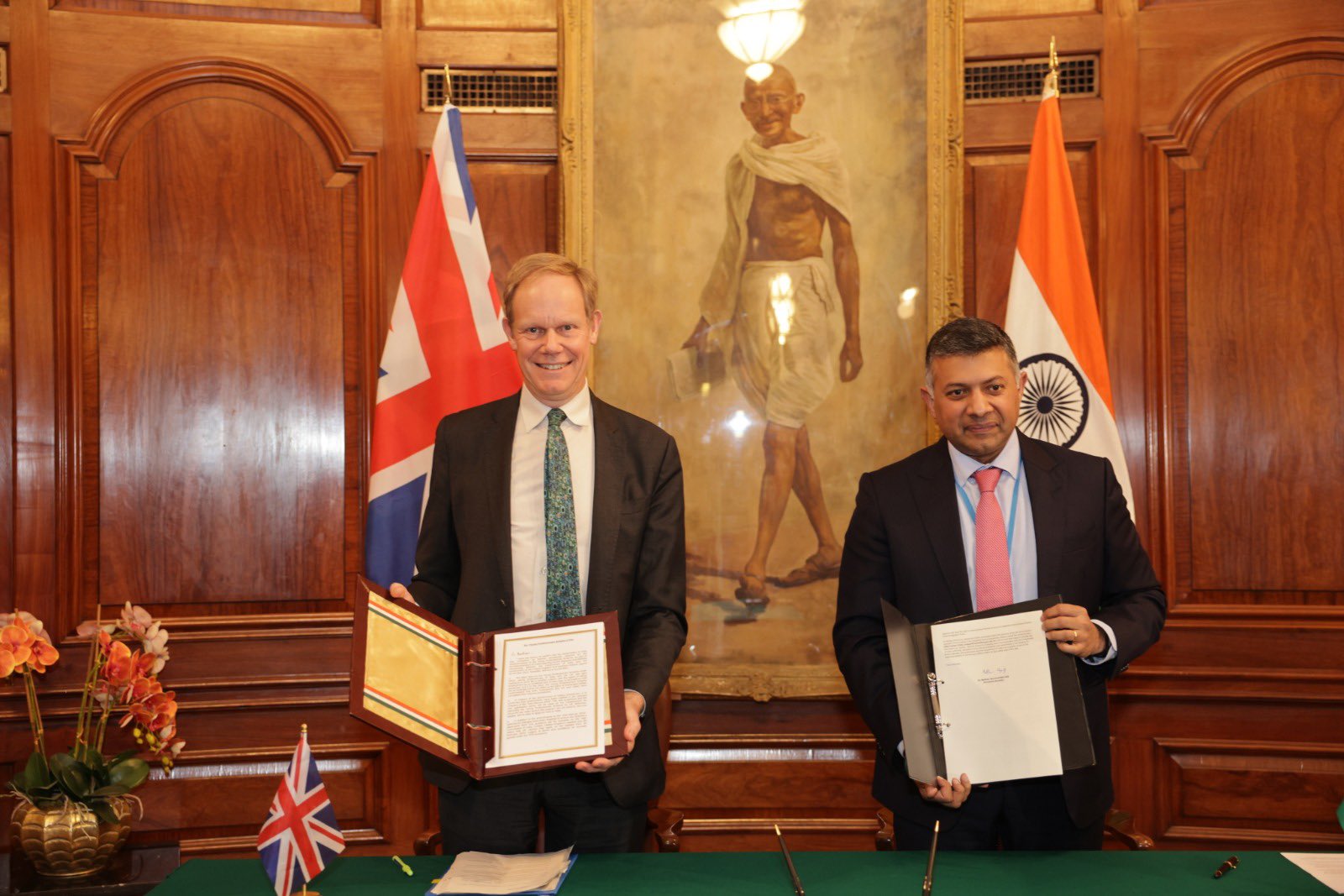 High Commissioner of India to the UK, Vikram K Doraiswami and Matthew Rycroft, the permanent secretary at the Home Office of the UK signed and exchanged letters for formalising the Young Professional Scheme at an event in London on Monday.

The event took place at the High Commission of India in London. Further details and implementation dates will be shared soon regarding the scheme.

Rycroft is a diplomat serving as Permanent Under-Secretary of the UK at the Home Office since 2020.

Earlier in November, in a video message, British High Commissioner to India, Alex Ellis said that PM Narendra Modi and UK Prime Minister Rishi Sunak announced the launch of the young professional scheme at the G20 Summit in Bali, Indonesia where both the leaders met each other for the first time.

The Young Professionals Scheme will allow graduates aged between 18-30 to get a two-year visa to study in each other’s countries and help the youth understand the culture of one another.

In his video, the British High Commissioner said that this is the first time the UK has done this with a visa-national country like India.

Prime Minister Narendra Modi met his UK counterpart Rishi Sunak on Wednesday on the sidelines of the G20 Summit in Bali and their discussions also touched on important sectors of collaboration such as trade, mobility, defence and security.

The two leaders expressed satisfaction at the state of the wide-ranging India-UK Comprehensive Strategic Partnership and progress on the Roadmap 2030 for Future Relations, according to an official statement of the Ministry of External Affairs.