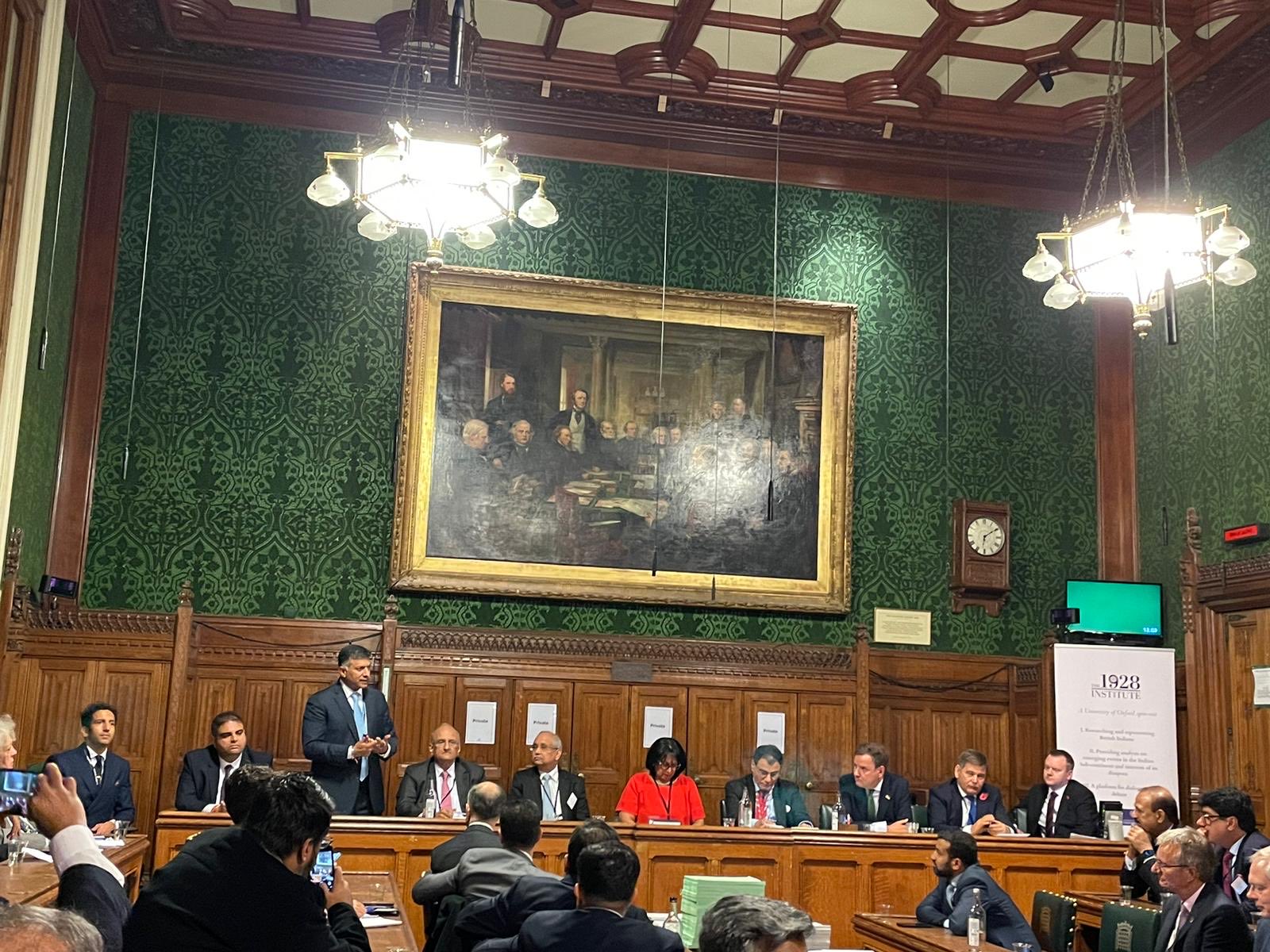 India and the UK have a multi-dimensional strategic partnership and actively engage in bilateral trade. The two countries agreed to begin formal negotiations for a free trade agreement (FTA) in January this year, aiming to advance trade and investment relations between them.

An FTA is a pact between two or more nations to reduce barriers to imports and exports among them. Under a free trade policy, goods and services can be bought and sold across international borders with little or no government tariffs, quotas, subsidies, or prohibitions to inhibit their exchange.

FTAs usually cover trade in goods (such as agricultural or industrial products) or services (such as banking, construction, and trading). They can also cover other intellectual property rights (IPRs), investment, government procurement and competition policy.

However, both nations that were looking to conclude the bilateral FTA pact by Diwali, were left shocked after Liz Truss resigned after serving for just around 50 days. The Indian commerce minister, Piyush Goyal, later said the deal was on track.

The UK is concerned but that India is trying to extract a few further concessions in the contentious areas of imported whisky and automobiles. India is also pushing for relaxation on visas for Indian workers to the UK which has long been a bone of contention.

Meanwhile, Britain said it will only sign the India-UK FTA when there is one that meets the UK’s “interests”.

On the occasion, Doraiswami spoke on the progress and continual development of the UK-India FTA. He said the trading relationship of the two nations is a key pillar but not the only one that holds their relationship together.

The diplomat highlighted the need for a political buy-in for the FTA that appears to be there on both sides and noted the need for a balance in negotiating the FTA. He suggested a balanced agreement should be struck with the aim of continually improving it through subsequent updates and development. He said this would be ambitious but pragmatic.

In terms of the trading and economic relationship between the UK and India, Doraiswami suggested focusing on ways that would make trade easier and said India provides a great test-bed for the UK’s manufacturing sector, citing examples of Indian roads to test UK-made vehicles.

He also said that the two nations’ relationship should help to contribute to boths’ expectations in terms of green economy, national security, and service growth and emphasised on the need for a UK-India Round Table.

Thomas-Symonds said export and trade offers great advantage and mutual benefit and reiterated his commitment to the FTA. He also expressed a desire to see India go up on the list of the UK’s trading partners from its current rank of 12 and highlighted shared priorities for trade, including — creative industries, climate, manufacturing, etc.

Andrew Bridgen MP said it is high time for the FTA to get cross-party support. According to him, the FTA will not mark an end but the beginning of a relationship that will need to evolve over time. He said more opportunities lie in the effort as supply chain resilience and diversification is being looked at by governments.

Tim Bradshaw spoke about the importance of an innovation chapter and Hands and Doraiswami said it is an area of discussion.

Navendu Mishra MP highlighted the rising number of Indian students in the UK and the importance of investment and growth outside London.

R Dinesh, president-designate of the Confederation of Indian Industry (CII), said, “[Our] trading relationship offers a chance to collaboratively find solutions for the rest of the world”.

He said that there has been infrastructure development across key sectors to support and highlighted a rise in employment opportunities created by Indian businesses in the UK (up 22 per cent in the last two years).

Chandrajit Banerjee, director general of CII, cited the importance of collaboration with Academia and identified the presence of the Start-up delegation currently based in the West Midlands.

In a pre soft launch meeting on the same day, the CII & The 1928 Institute (APPG’s secretariat) met with opposition leader Sir Keir Starmer and his shadow ministers to discuss how Labour would work with India to mitigate effects of climate change and how businesses from the South Asian nation will help the UK become a clean-energy superpower.

The meeting was also attended by the Labour Convention of Indian Organisations.

Jonathan Reynolds MP, the shadow business minister said, “Under a Labour government, the instability and uncertainty over the last few years will be managed and therefore, we will offer a better business environment.”

Thomas-Symonds said, “It should be an indication of how seriously the Labour Party takes the trading relationship with India, that senior Shadow Cabinet members and the Leader of the Party wanted to meet with the CII CEOs delegation”…. “and engage with the APPG”.