India to Ukraine: Dialogue is the way out 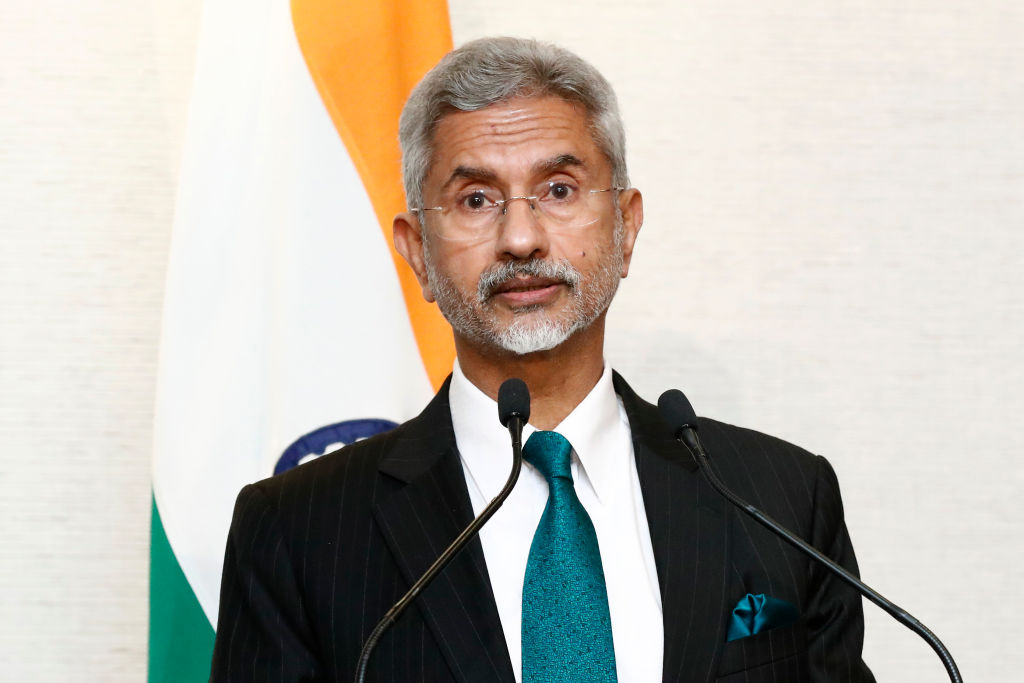 MELBOURNE, AUSTRALIA – FEBRUARY 11: Indian Minister of External Affairs Dr. S. Jaishankar speaks at a joint press conference of the Quad Foreign Ministers meeting at the Park Hyatt on February 11, 2022 in Melbourne, Australia. The foreign ministers of Australia, the United States, Japan, and India are meeting to discuss the countries cooperation in areas including the economy, security, and the coronavirus pandemic. (Photo by Darrian Traynor/Getty Images)

UKRAINE’S foreign minister Dmytro Kuleba on Friday (25) spoke to his Indian counterpart S Jaishankar to discuss the situation in Ukraine, ahead of a vote at the UN Security Council on the Russian attack.

Jaishankar said he emphasised that India supports diplomacy and dialogue as the “way out”.

“Received call from Ukrainian FM @DmytroKuleba. He shared his assessment of the current situation. I emphasised that India supports diplomacy & dialogue as the way out,” Jaishankar said on Twitter.

“Discussed predicament of Indian nationals, including students. Appreciate his support for their safe return,” he added.

The UN Security Council is scheduled to vote on Friday (25) evening on a draft resolution on Russia’s military operation in Ukraine as well as the escalating situation in the eastern European country.

The draft resolution will “condemn in the strongest terms” Russia’s military operation in Ukraine.

To a question about India’s position on the draft UN Security Council resolution on the Ukraine crisis, foreign secretary Harsh Vardhan Shringla said on Thursday (24) that India “has seen it” and that New Delhi’s stand will depend on the final shape of the text.

“I am told that that would undergo considerable changes. We will wait to see the shape that the resolution takes before we can pronounce ourselves and the position that we will take on the issue,” he said.