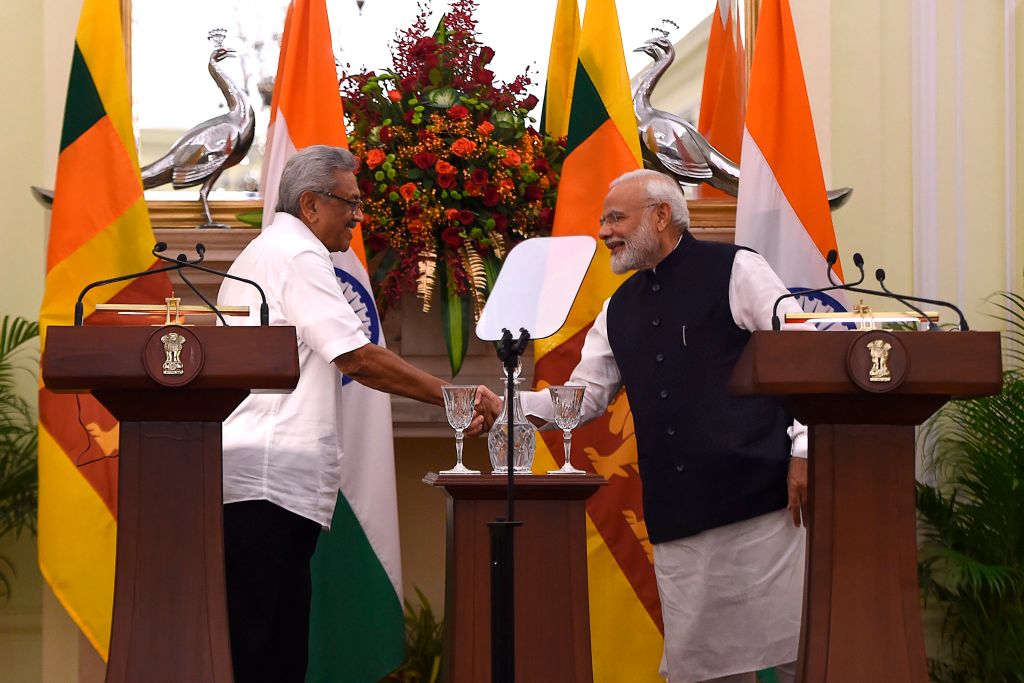 India, anxious to counter China’s influence in the region, on Friday offered hundreds of millions of dollars in aid to Sri Lanka as the island’s new president made his maiden overseas trip in New Delhi.

Gotabaya Rajapaksa’s visit to India just 12 days after he became president is being intensely watched as New Delhi and Beijing compete to control the Indian Ocean and its strategic sea routes.

Sri Lanka has been traditionally been allied to India but China invested and loaned billions of dollars to the island nation during the decade-long reign of Rajapaksa’s elder brother Mahinda Rajapaksa.

After talks with the new leader, India’s Prime Minister Narendra Modi said his country would give $400 million in credit to Sri Lanka to improve its economy and infrastructure.

He offered another $50 million to boost Sri Lanka’s security and intelligence gathering — notably after the April 21 attacks by Muslim radicals that killed 258 people.

“A strong and prosperous Sri Lanka is not just in India’s interest but the entire Indian Ocean region,” Modi said as he welcomed Rajapaksa for the three-day visit.

“The security and development of our two countries are interlinked. Therefore it is only natural that we remain mindful of each other’s security and sensitivities,” he added.

Rajapaksa swept the November 16 election on promises of bolstering the economy and security — but is a controversial figure for his role in Buddhist-majority Sri Lanka’s decades-long civil war against Tamil separatists.

The separatists’ defeat in 2009 was followed by allegations of widespread human rights abuses towards Tamil minorities by government forces.

International condemnation brought the Colombo government closer to Beijing, which launched huge infrastructure projects on the Island nation, including the Hambantota port.

In his inauguration speech however, the new president said he wanted a “neutral” foreign policy and friendly relations with all countries.

“India’s cooperation is multi-faceted. We will continue to work closely with India to ensure that the Indian Ocean remains a zone of peace,” he said as he invited Modi to visit Sri Lanka.