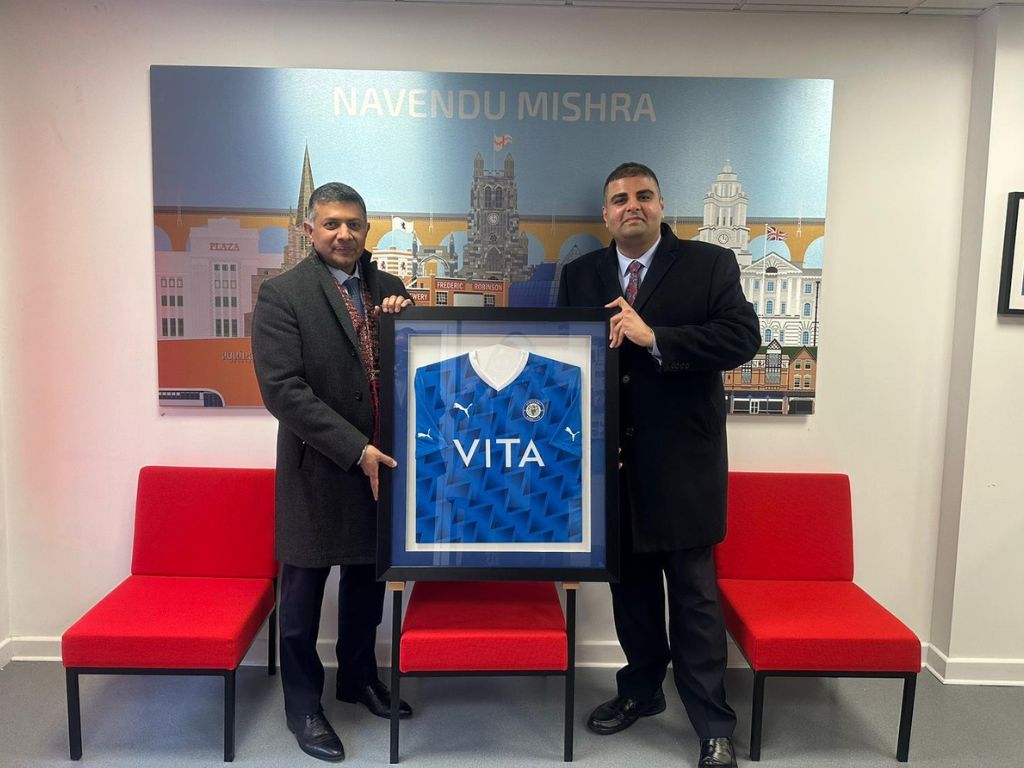 His Excellency Vikram Doraiswami, the Indian high commissioner to the UK, recently paid a visit to Stockport in what constituted the first-ever visit by an Indian envoy to Stockport Borough.

In Stockport, Doraiswami was given a tour round Christy Towels of England, which supplies and sponsors Wimbledon, and is owned by Indian parent company Welspun.

The diplomat’s visit, which was facilitated by Stockport’s Labour parliamentarian Navendu Mishra, a man of Indian ancestry, came at a time when the UK government is in the middle of negotiating a trade deal with India.

Such a deal has been previously welcomed by Labour leader Sir Keir Starmer MP, who in a statement in the House of Commons chamber, said, “Labour does support a trade deal with India, which we believe can bring new opportunities to promote and create new jobs here in Britain.”

Research drawn from Written Parliamentary Questions tabled by Mishra show that in 2021, England’s North West exported goods worth over £350 million to India and a trade deal between the two countries could boost the region by up to another £304 million.

Also knowing the high commissioner is a football fan, Mishra gifted him a framed Stockport County shirt, along with a selection of beer from Robinsons brewery, a company founded in 1849 in Stockport.

Following the visit to the constituency, HE Doraiswami met with the region’s prominent Labour figures, including Greater Manchester mayor Andy Burnham, and hosted members of the British Indian community at a reception in Manchester city centre.

On the occasion, Mishra said, “It was a pleasure to host the high commissioner of India in Stockport. We discussed at great lengths the benefits a trade deal could bring to this region and His Excellency saw first-hand the international co-operation between our region and India, with our visit to Christy Towels.”

“I hope this is the first of many visits moving forward.”