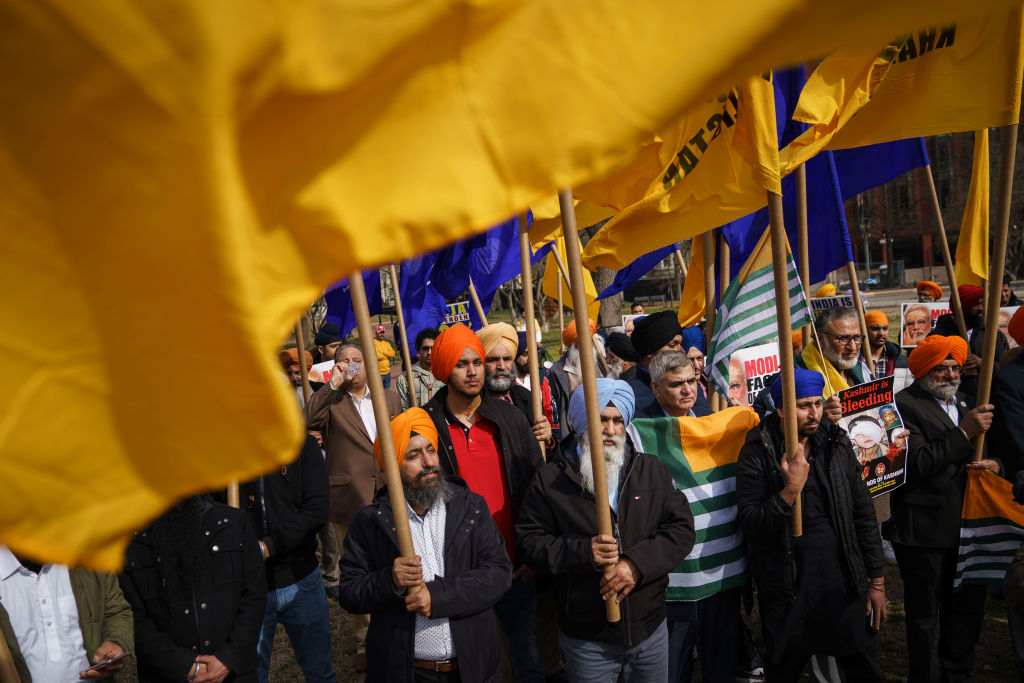 WASHINGTON, DC – FEBRUARY 18: Members of Sikhs For Justice rally against Prime Minister of India Narendra Modi in Lafayette Square across the street from the White House on February 18, 2020 in Washington, DC. The group rallied against what they call Modi’s poor treatment of the Sikh community and for the secession of Punjab from India as Khalistan. U.S. President Donald Trump is scheduled to visit India from February 24 to 25th. (Photo by Drew Angerer/Getty Images)

Terming the so-called Khalistan referendum conducted by separatist groups as a “farcical exercise”, India on Thursday said it had conveyed concerns to Canada about the use of its territory by politically motivated “extremist elements”.

Some Canadian groups had participated in the separatist event in Brampton city of Canada on September 19. Speaking at a weekly media briefing in New Delhi, External Affairs Ministry Spokesperson Arindam Bagchi said India has raised serious concerns on the referendum issue.

India has deeply objected that “politically motivated exercises by extremist elements” are allowed to take place in a friendly country like Canada, he said.

“We would term it as farcical exercise. A farcical exercise was held by extremists and radical elements supporting the so-called Khalistan referendum in Canada,” Bagchi said.
He said India has taken up the issue with Canadian authorities and they reiterated respect for the sovereignty and territorial integrity of India.

“The matter has been taken up with the Canadian authorities through diplomatic channels. The government of Canada has reiterated that they respect the sovereignty and territorial integrity of India and they will not recognise the so-called referendum which is taking place in Canada,” the MEA spokesperson said.

“However, we find it deeply objectionable that politically motivated exercises by extremist elements are allowed to take place in a friendly country. You all are aware of the history of violence in this regard,” he added.