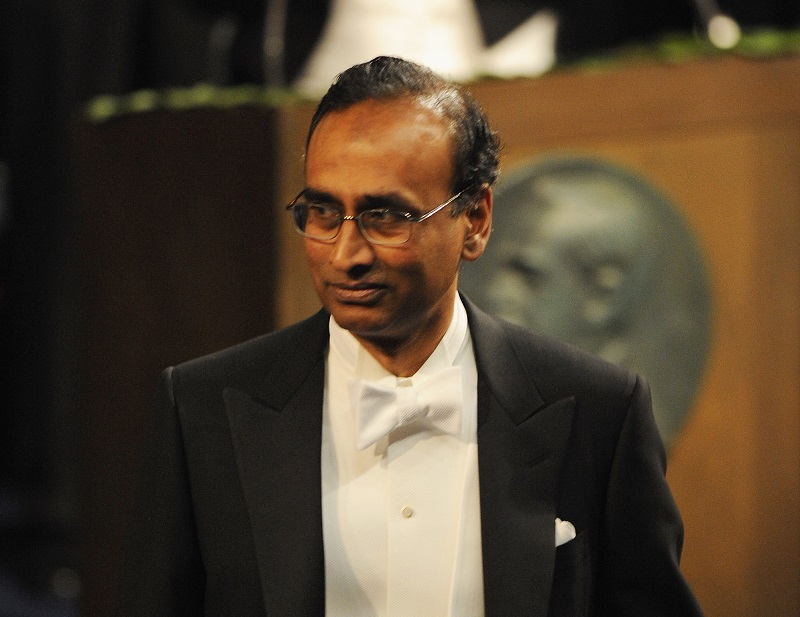 India-born British-American molecular biologist Venki Ramakrishnan was among the six new members in a diverse list chosen to join the elite Order of Merit by the late queen Elizabeth II on Friday (11).

Buckingham Palace announced the nominees, who will be appointed by King Charles III.

Created in 1902 by Edward VII, the Order of Merit, appointment to which is in the personal gift of the sovereign, is limited to just 24 living members.

Dr Ramakrishnan, 70, is a former president of the Royal Society and shared the 2009 Nobel Prize in Chemistry with two other scientists for their work on ribosomes, the structures within cells that synthesise proteins.

The world famous scientist, also known as “Venki”, was born in the temple town of Chidambaram in Tamil Nadu, southern India. He worked as a biologist for more than 30 years, with much of his research being focused on central problems in molecular biology.

He moved to the US for postgraduate studies and spent almost 30 years there before taking up his current position on the Medical Research Council at the Laboratory of Molecular Biology in Cambridge in 1999.

In 2012, he was also granted knighthood ‘for services to molecular biology’ in the New Year Honours List. He is also the author of the popular book, Gene Machine, which captures his first-hand account of the discovery.

Venki is also a member of the US National Academy of Sciences, Leopoldina, and EMBO, as well as a Foreign Member of the Indian National Science Academy.

In 2017, he received the Golden Plate Award of the American Academy of Achievement. He was awarded Padma Vibhushan in 2010.

Trinidad-born UK Windrush champion Floella Benjamin, geneticist and cell biologist Paul Nurse, a joint winner of the Nobel Prize for Physiology or Medicine in 2001, Ghanaian-British architect David Adjaye, who designed the Smithsonian National Museum of African American History and Culture in Washington, Canadian Margaret MacMillan, professor of history at the University of Toronto and emeritus professor of international history at Oxford University and Elizabeth Anionwu, the UK’s first sickle-cell and thalassaemia nurse specialist are the other winners.

The order is presented to leaders in the arts, learning, literature, science and other areas such as public service. Notably, four of the six new members this year are from ethnic minorities.