‘In that moment, I felt terrible,’ PC Mohammed Abid on being racially abused at Bradford Forster Square station 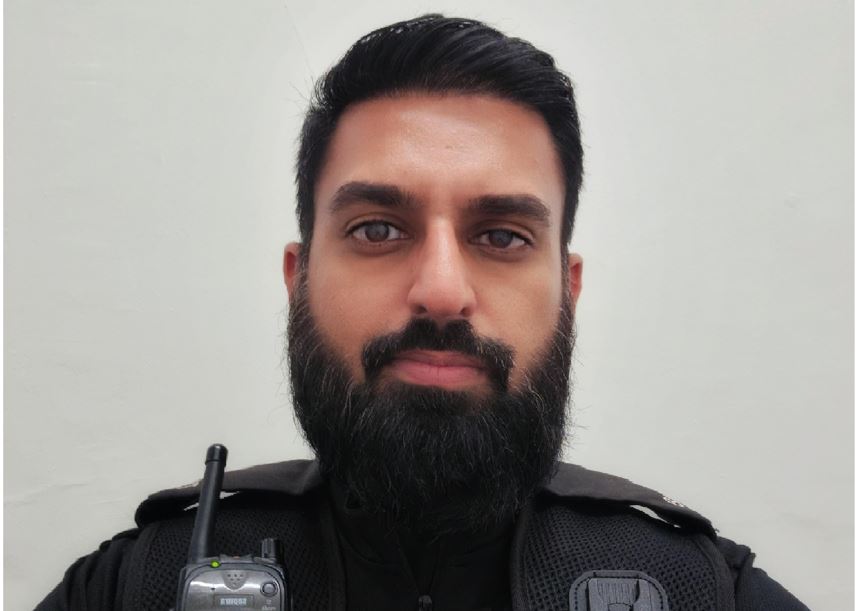 A police officer has said that he ‘felt terrible’ when he was subjected to racial abuse at Bradford Forster Square railway station last year.

While mentioning about the incident, British Transport Police (BTP) response officer Mohammed Abid said that ‘no one should be targeted with harassment or violence because of who they are’.

Abid joined the BTP in Leeds in 2017 and currently work in the Operational Support Unit in York. Earlier, he worked for the ambulance service for eight years.

“During my time as a response officer in Leeds me and my colleagues responded to a report of a fight between two groups at Bradford Forster Square railway station. We attended the station, and it proved extremely difficult to ascertain exactly what had happened from those at the location,” he said.

“We decided to let the two groups continue with their journeys separately, so we could make further enquiries into the incident. As I stood with one of the men, two women walked by and he made a racial slur to one of them. I arrested him for the offence and he responded with a torrent of abuse because of the colour of my skin”

The officer was called a “Muslim b******” and “turbanator”. “In that moment, I felt terrible, but I had a job to do and my focus was to convey him to custody. It certainly wasn’t the first time I’ve been targeted with abuse because of my ethnicity so the longer-term impact of the man’s comments was minimal – I’ve dealt with it before and I’ll deal with it again,” he added.

“I know this isn’t the same for everyone and being singled out because of who you are can be extremely depressing.”

The officer said that when he was young he always tried to distance himself from his identity and culture, anything that associated him with being brown or Asian. Later, he realised that wasn’t right, and embraced his identity.

Abid revealed that the man who abused him has now been sentenced.

“After the Bradford Forster Square incident, the support from my BTP colleagues was overwhelming – it made it crystal clear that we, as a force, have zero tolerance on hate crime. I felt those around me took more offence from the man’s actions than I did and when I would brush it off they reiterated that it is never okay. At no point did I feel I had to deal with the impact of this incident on my own,” he added.

“The support extended further than just those around me. Senior officers reached out as they had concerns for my welfare and directed me to the support available, of which there is an abundance. I can’t fault the force for its response to the incident and it makes me proud to put on the BTP uniform every day.”