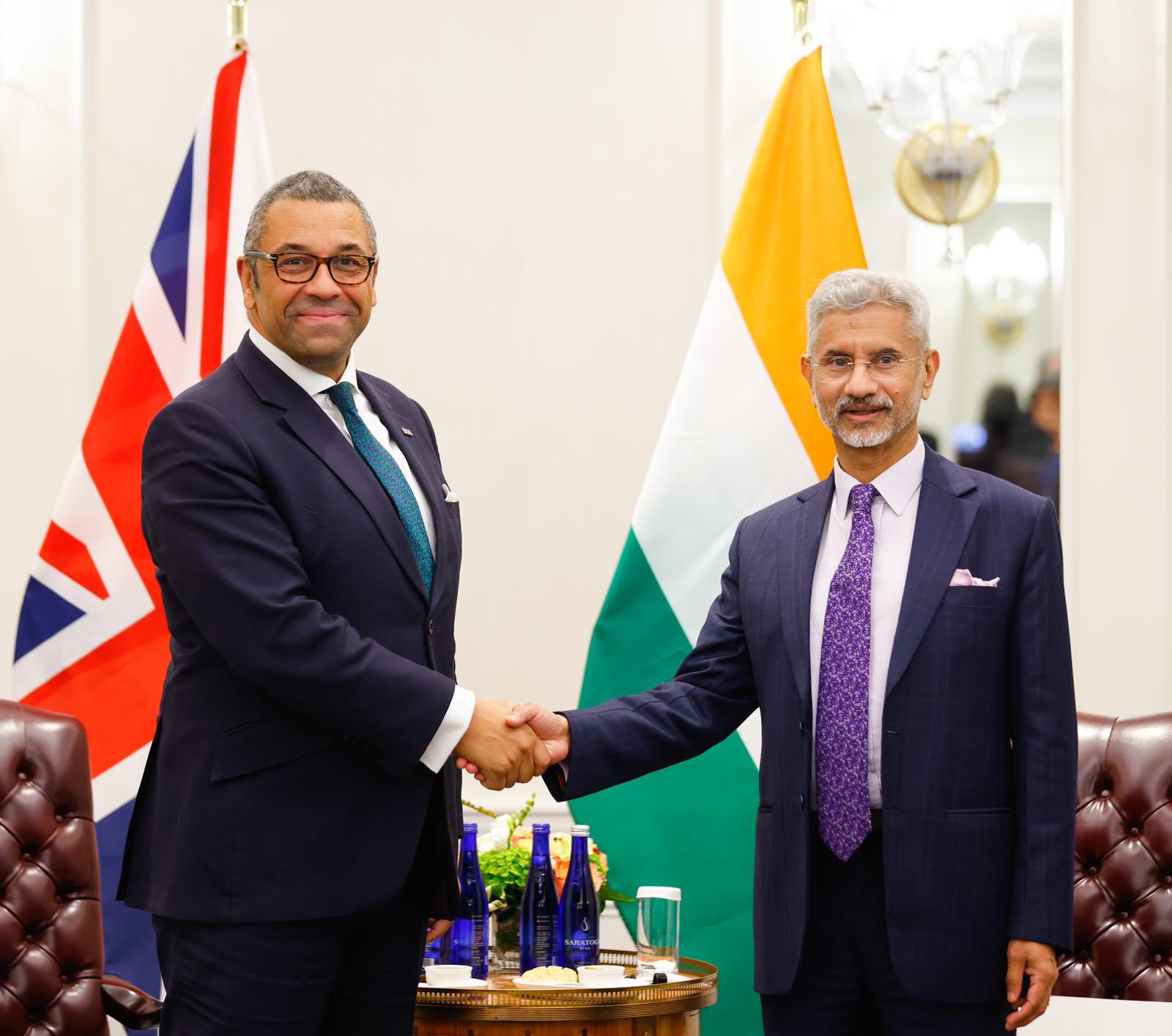 External Affairs Minister (EAM) S Jaishankar on Wednesday met his British counterpart James Cleverly and shared India’s concern about the security and welfare of the Indian community in the UK.

His remarks came in the wake of recent reports of violence in several UK cities against the Indian community. Jaishankar said he held a warm conversation with UK Foreign Secretary and discussed taking forward India-UK Roadmap 2030. The external affairs minister said the conversation also covered global issues including Indo-Pacific, Ukraine and UNSC matters.

“Shared my concern about the security and welfare of the Indian community in the UK. Welcomed his assurances in that regard,” he said in a subsequent tweet.
The cycle of violence was triggered last month after India won the Asia Cup T20 match against Pakistan. A clash broke out among groups of young men in Leicestershire, according to the police statement. Dozens of people have been arrested so far in the matter.

This incident follows a spate of violence and disorder in the eastern part of Leicester.

Earlier on Monday, Indian High Commission in the UK condemned the violence perpetrated against the Indian community in Leicester and sought immediate action against those involved in the attacks.

The High Commission issued a statement saying it has taken up the matter with the UK authorities.

“We strongly condemn the violence perpetrated against the Indian Community in Leicester and vandalisation of premises and symbols of Hindu religion. We have strongly taken up this matter with the UK authorities and have sought immediate action against those involved in these attacks. We call on the authorities to provide protection to the affected people,” the statement read.