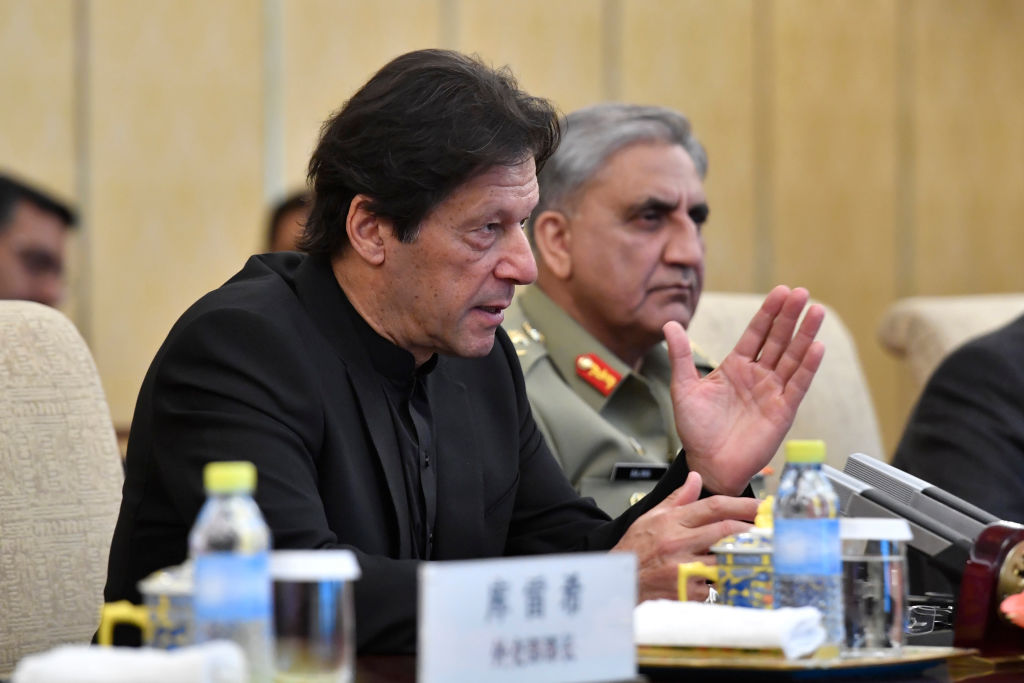 Former Pakistan Prime Minister Imran Khan’s Pakistan Tehreek-e-Insaf (PTI), when in power, took the aid of a former CIA veteran in order to lobby and manage Islamabad’s ties with the US, local media said citing reports.

With this, an American consulting firm Grenier Consulting LLC, run by the Central Investigation Agency ex-station chief in Islamabad, has come into the limelight, reported Pakistan’s local media outlet The News International. Robert Laurent Grenier of Grenier Consulting LLC was hired last year when Pakistan Tehreek-e-Insaf was still in power.

The agreement with the firm was signed by former Special Assistant to PM Imran Khan on media Iftikharur Rehman Durrani in July 2021 under the “supervision of senior [PTI] party officials and under the direction of Pakistan government officials.”

Grenier is a CIA veteran who was also the CIA station chief in Islamabad during the US invasion of Afghanistan in 2001 and later served as the agency’s top counter-terrorism official from 2004 to 2006.

As per the Foreign Agents Registration Act documents, the contract between the firm and Durrani, on behalf of the PTI government, was signed for six months initially from May 1 to October 2021 for USD 25,000 per month.

In order to confirm the reports, Grenier was reached out however, he was not available for comment and to confirm if the contract was terminated or not.

According to the documents, the firm was to “maintain contacts with US government officials of both the executive and legislative branches, as well as with think tanks and other informed individuals, in addition to consulting with the client and the client’s associates, to determine how the scope of constructive relations between the US government and the government of Pakistan might be enhanced and will advise his Pakistani client and the client’s associates accordingly, both through verbal and written communications.”

Hiring such lobbying firms to extend or propagate an entity’s interests is a routine exercise in the US.

In addition to the CIA officer’s lobbying firm, earlier this month PTI-USA Inc, a subsidiary of Pakistan Tehreek-e-Insaf, hired Fenton/Arlook to provide “public relations services, including but not limited to distributing information to and briefing journalists, placing articles and broadcasts, arranging interviews with representatives or supporters of PTI, advising on social media efforts and other such public relations services.”