Imran Khan vows to continue protest march after attack on him 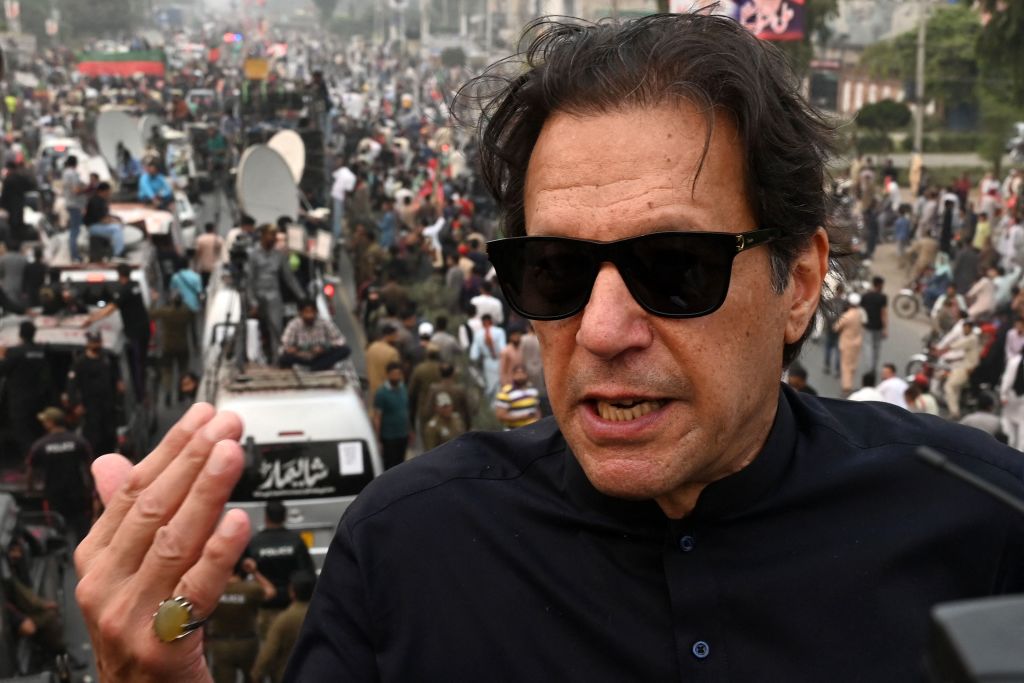 Imran Khan is stable after an attempt on his life and the former Pakistan prime minister is determined to continue his political struggle to press the government to call for an early election, his party has said.

Khan, 70, suffered a bullet injury in the right leg when a gun-wielding man fired a volley of bullets at him and others mounting on a container-mounted truck in the Wazirabad area of Punjab province, where he was leading a protest march against the government.

Fawad Chaudhry, a senior leader from Khan’s Pakistan Tehreek-e-Insaf party (PTI), alleged it was “a planned assassination attempt on Imran Khan and he escaped narrowly”.

“The assassin planned to kill Imran Khan and the leadership of the PTI. It was not 9MM, it was a burst from an automatic weapon. No two opinions that it was a narrow escape,” he tweeted on Thursday.

Police had said that one person was killed while seven were injured. The Dawn newspaper, however, reported on Friday that 14 persons were injured in addition to one killed.

Khan was shifted by road to his own-built Shaukat Khanum medical facility in Lahore where an operation was performed and was stable after it, according to his party.

His party said he is stable now. The party also said that Khan was determined to continue his protest march.

“I will not bow down, but stay determined to bring Haq­eeqi Azadi (real freedom) for my fellow Pakistanis,” the party’s official Twitter handle quoted Khan as saying, adding the march would resume from Wazirabad at 11 am on Friday.

Khan launched his march on October 28 from Lahore with the aim to reach Islamabad on November 4 to hold a rally for forcing the government to announce fresh elections.

But the marchers moved slowly and later changed the arrival to Islamabad, now expected to reach on November 11.

So far the government has not allowed the PTI to hold a rally in the capital while the Islamabad High Court reserved its judgment on a petition to allow the protest rally in Islamabad.

The attacker was arrested and a confessional video was also issued. But the PTI linked the attack to a wider conspiracy and held Prime Minister Shehbaz Sharif, Interior Minister Rana Sanaullah and Major General Faisal (Naseer) responsible for it.