If telling the truth is rebellion…’: Sadhvi Pragya comes out in support of Nupur Sharma 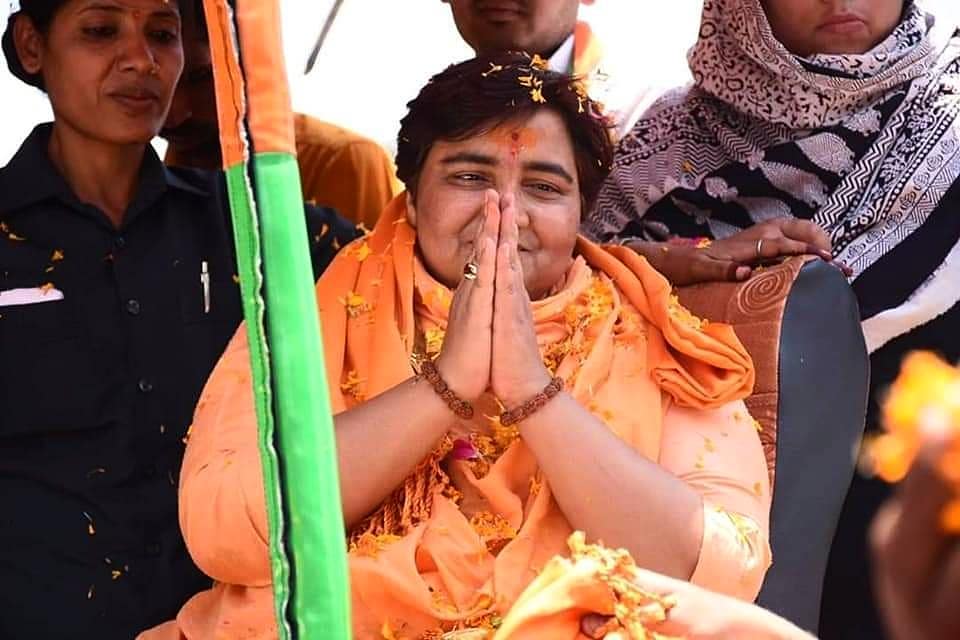 Bhartiya Janata Party MP Sadhvi Pragya Thakur on Friday came out in support of suspended BJP spokesperson Nupur Sharma saying “if telling the truth is rebellion, then I am also a rebel”.

Thakur took to Twitter to extend her support to Sharma. He wrote, “If telling the truth is rebellion, then by that coin, I am also a rebel.”

Speaking to the media later, Thakur said that India belongs to the Hindus and that Sanatana Dharma will stay here.

When asked about her opinion on Nupur Sharma’s death threats, she said, “These non-believers have always done so. Like Kamlesh Tiwari said something he was killed. Someone else (Nupur Sharma) said something and they also received a death threat. They distort our gods and goddess and make films about them. They have been doing this for years… That shows their mentality.”

“This is Bharat (India). India belongs to Hindus and Sanatana Dharma will stay here. It is our responsibility and we shall do so,” added the BJP MP.

Kamlesh Tiwari was murdered at his residence in Lucknow’s Khursheed Bagh neighbourhood on October 18, 2019, with stabs and a gunshot. Tiwari’s own outfit, the Hindu Samaj Party was a little-known organisation but he was an active functionary of the Hindu Mahasabha earlier.

The BJP leader’s remark drew sharp reactions from Gulf countries. India has said that it had taken strong action against those who made controversial remarks against minorities.