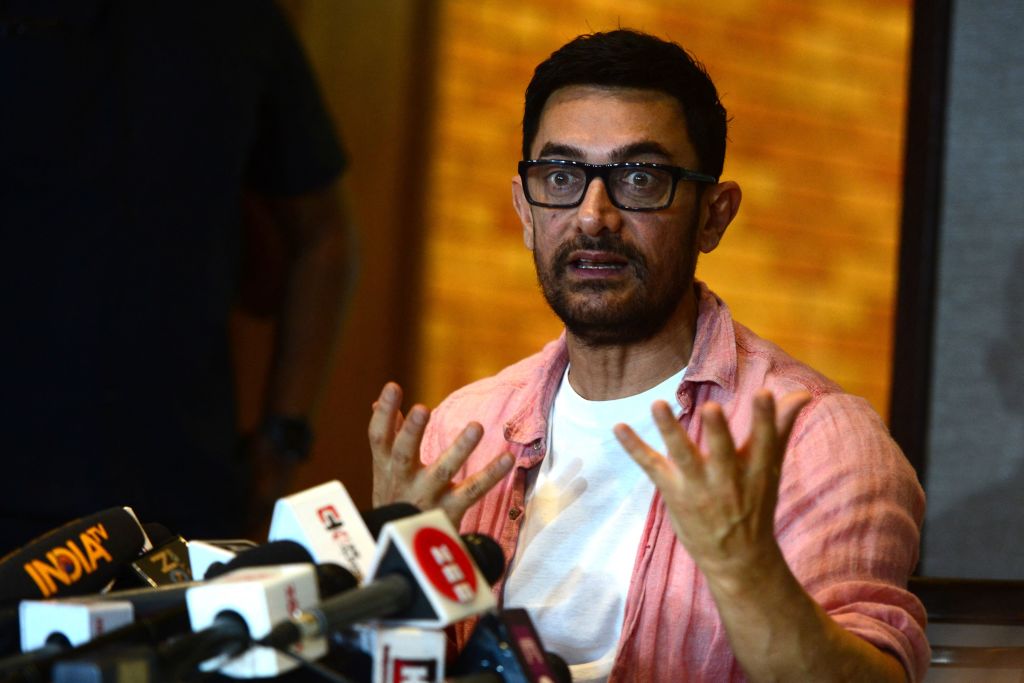 Aamir Khan has time and again trended on Twitter for his past controversial remark. Recently, netizens again brutally trolled him on the micro-blogging site once again and went one step ahead by making the hashtag #BoycottLaalSinghChaddha go viral.

With Aamir’s film ‘Laal Singh Chaddha’ releasing on Thursday, the actor has been busy promoting it. The actor was in the national capital on Tuesday where he addressed the ‘Boycott’ trend on Twitter and responded by saying, “If I have hurt anyone by any means, I regret it. I don’t want to hurt anyone. If someone doesn’t want to watch the film, I’d respect their sentiment. I’d, however, love for people to go watch the movie because it’s our labour of love. A lot of people have worked hard on this film, and I hope people like it,” added Aamir.

For the unversed, last month, some Twitter users started using the hashtag #BoycottLaalSinghChaddha, asking people to not watch the movie.

Some Twitter users went through the archives and dug up Aamir’s controversial “India’s growing intolerance” statement and circulated it on the micro-blogging site. Some of Kareena’s controversial statements from the past have also been surfacing online.

Talking about the controversial statement in question, in 2015, Aamir Khan said in an interview, “Our country is very tolerant, but there are people who spread ill-will”. His wife Kiran Rao also made headlines for saying that she considered leaving the country for the safety of their children.

Coming back to ‘Laal Singh Chaddha’ promotions, during the media interaction, Aamir also revealed that he is very nervous about the film’s release and hasn’t gotten sleep in 48 hours. Aamir stated, “I am very nervous right now, it’s been 48 hours I have not slept. I am not joking; I am not able to sleep. My brain is in overdrive, so I read books or play chess and catan online. I will be able to sleep only after 11 August.”

On being asked, that what is he going to do after the release of the film on August 11, Aamir said, “I will finally sleep after 11, I think me and Advait (director of ‘Laal Singh Chadha’) will sleep peacefully and then when we wake up, the audience will tell us whether they liked the film or not. Will wake up and discover.”

Helmed by Advait Chandan, ‘Laal Singh Chaddha’ is an official Hindi adaptation of the Academy Award-winning 1994 film ‘Forrest Gump’ which had Tom Hanks in the lead role. It is scheduled to release on August 11. Naga Chaitanya is also a part of the film.