‘I will treasure my last few moments with the Queen’ 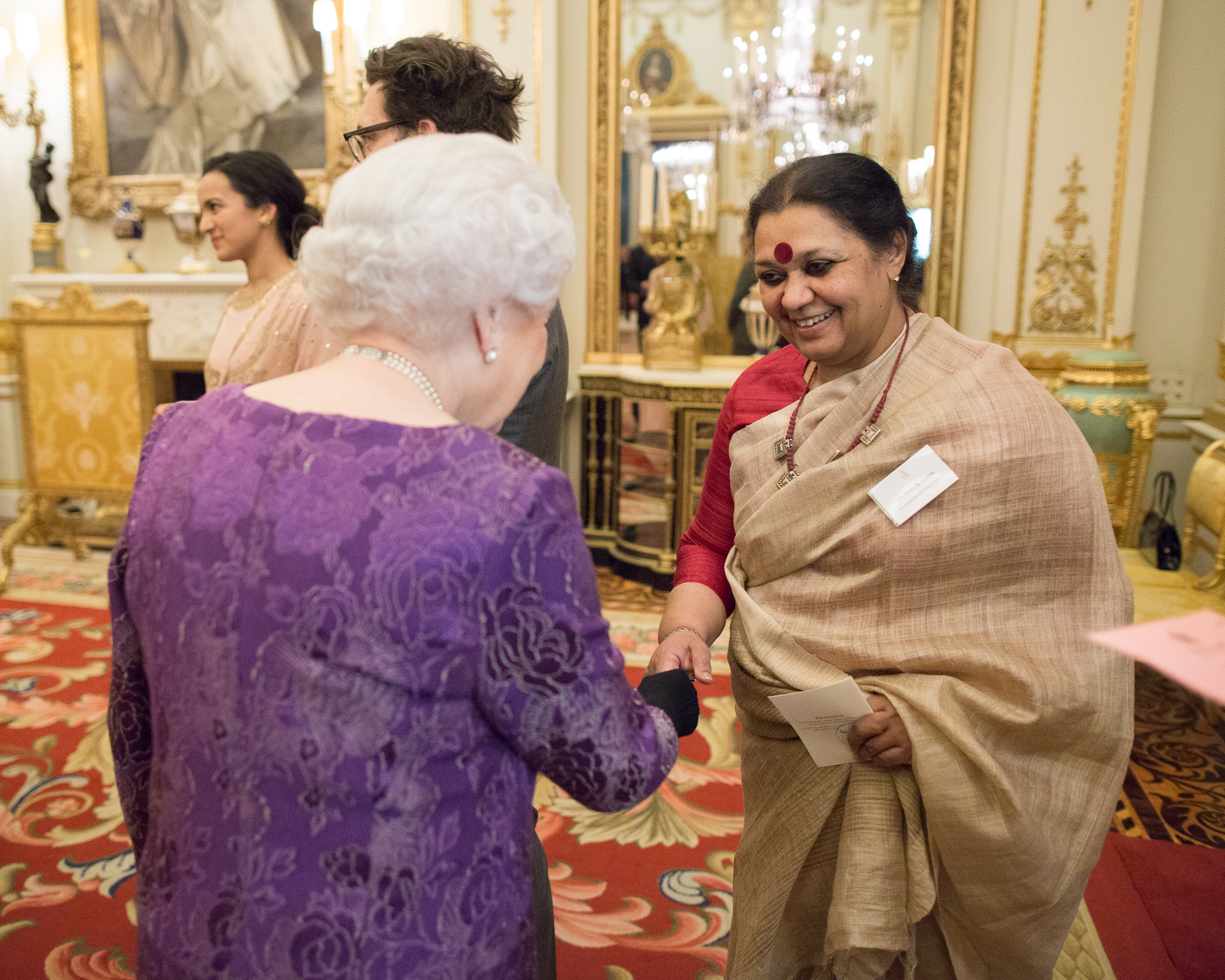 THE Queen’s death has prompted people to collate and share their memories.

It is said that the Queen has met a third of the British public through her countless parties and audiences. If you are leading an ambitious life in London, then all paths eventually take you to the doors of Buckingham Palace.

I was director of a dance company for 30 years. My ambition was to make it a household name in the British dance industry, and become one of the top organisations in the UK. Indian dance was not on anyone’s radar, and to achieve this I needed to break through the establishment.

This was the mid-90s, a time when Indian culture was a footnote in British identity, and the establishment only cared for ballet. I hoped to raise the profile of the organisation through a repertoire of street spectacles and meaningful charity initiatives to attract the establishment’s notice. I dreamed to take the highest artistry of classical Indian dance to the unexplored territories of Buckingham Palace and other privileged spaces of central London.

In order to achieve that, I tried to find high-profile patrons – though, sadly, I eventually realised that while ballet could have glamorous royal patronage, classical Indian dance only had the potential of being recognised as an expression of minority culture. By the time I worked this out, it was too late. But these attempts got me my first breakthrough, at the 50th anniversary of India’s independence guest lists and subsequent royal events at the time.

In 2000, Akademi moved to a new office in the iconic Hampstead Town Hall, and my new fancy Indian space was chosen to host then Prince Charles, who was inaugurating the newly restored building. He entered my office with the culture minister, Chris Smith, and at once noted the presence of few classical instruments. He asked if we had a sarangi in the office, and declared he was a great fan of Ustad Sultan Khan. We all had to line up in a queue to get a photo friendly handshaking moment – one Madan Sharma was kind enough to send it to me.

Coming of Age, a ground-breaking dance spectacle at the Southbank, took place soon after and changed many things for me professionally. The success and profile put me on the radar of the same people I had tried so hard to break through only a few years before. I was invited by Keith Khan to direct one part of the Queen’s Jubilee Parade taking place on the Mall.

This created a turning point for me. The same people I had spent years trying to meet and provide patronage for our little charity were now inviting me to their events.

For more than two decades, I was lucky enough to be on official guest lists, in attendance as a token brown face with a big red dot on my forehead, surrounded by a sea of white faces.

Akademi was excelling in all its work and growing its network, with large-scale performances, charity work, and a portfolio of performances across the UK.

One day in 2006, while working late in my office, I came across a mysterious confidential envelope. I opened it to find another letter inside, telling me I had been bestowed with an Order of the British Empire (OBE) and that I should contact the Department of Culture.

Initially, I thought it was a scam. The letter was ambiguously marked with weird iconography. The Department of Culture informed me that in order to be an honoured British subject, I needed to renounce my Indian nationality and take a British passport. I agonised and finally decided that losing my Indian nationality would be losing a part of myself.

This meant I could no longer have an audience with the Queen; instead, I was offered an audience with Tessa Jowell. I took my Akademi team and my children to the Foreign Office to get my medal.

Throughout my career I had multiple opportunities to meet and connect with the royals. Some of the biggest events of London’s history in the past 30 years had an Akademi dancer featured in the backdrop – from the Olympics and the Commonwealth Games baton relay to the reopening of the Royal Festival Hall and the 70th anniversary show of Indian dance at the Buckingham Palace entrance, and countless more.

Reflecting on the sombre imagery of the Queen lying in state in Westminster Hall brings me back to a different time, one of colour and celebration, back in 2012. We were invited to present Maaya on the steps of Westminster Hall. The juxtaposition of that joyful moment is not lost on me when I see mourners flooding to the same site.

My last few moments with the Queen are those I treasure. She always looked at my bindi in bemusement, unsure (as many tend to be) at why it was so big, and I used every opportunity when I met her to talk about the power of Indian arts to bond communities and to heal.

My last experience as a representative of Akademi was at Westminster Abbey at the invitation of the British Army, for the finale of the First World War commemoration event. I was invited in acknowledgment of the production of The Troth.

My time in dance took me from being an outsider, lobbying for establishment recognition of our minority arts, to being invited to countless events within the establishment. Still, as an outsider, and with my sari, big bindi and Indian passport, I was fortunate enough to peer into this world and be struck by the humour and humility of the royal family.

From early in my journey admiring the glamour and grace of Princess Diana, to more recent celebrations of Indian independence hobnobbing with the aristocracy, these are memories I was fortunate enough to be a part of, thanks to a connection to the arts, and one that I did not realise I had taken for granted the past week.