I will improvise with what life throws at me: Irrfan Khan’s Son Babil 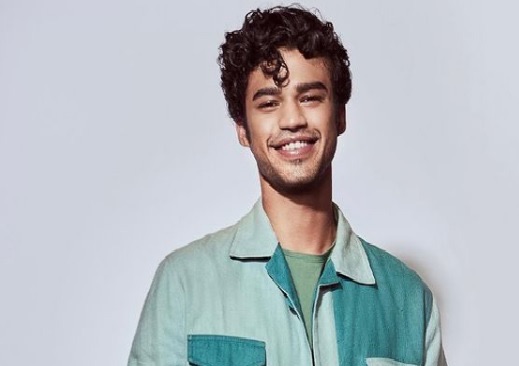 Late actor Irrfan Khan’s son Babil on Tuesday said though the thought of starting his film career and living up to the name of his father would scare him initially, he has learnt to put his fear to good use.

At the trailer launch event of his debut film “Qala”, the newcomer said he wants to try his hand at all kinds of movies and characters.

“We have this illusion, we think we are in control of our journey (but) we are not. I will improvise with what life throws at me. I want to explore everything, I want to do all kinds of films and play all kinds of characters,” Babil told reporters here.

The actor admitted that there is a certain pressure on him but he has focussed all his energies on giving his best.

“There is a lot of pressure. Two years ago, when we were shooting, at that time also the pressure was there. It would affect me, it would scare me but now it motivates me to do better work. The definition of pressure has changed now,” Babil added.

Babil’s father Irrfan Khan was one of India’s finest and most versatile actors. The actor passed away at the age of 54 in 2020, two years after he was diagnosed with a rare form of cancer.

On being asked what are the qualities of Irrfan Khan that he would like to have as he starts his innings in the Hindi film industry, he said, “Mere father ki jo khubiya thi woh leke chale gaye. Ab mein apni khubiya explore karunga (The qualities that my father possessed went away with him. Now I will explore my qualities.) Starring Tripti Dimri in the title role, “Qala” is touted as a heart-breaking story of “a daughter who craves her mother’s love”. The Netflix movie is directed by Anvita Dutt.

Dutt, best known for the critically-acclaimed feature “Bulbbul”, said she was keen to narrate a story about a mother and daughter through “Qala”.

As a filmmaker and writer, she said she is drawn towards fantasy tales.

“As a commissioned writer, I do my best to serve their vision. These (referring to ‘Bulbbul’ and ‘Qala’) are the stories that speak to me. I read a lot of fantasy and science fiction. That’s my genre of choice.

“These kinds of stories come to my mind. I like to tell these stories because they are stories about universal truths and feelings, emotions that everyone can identify with.” Before making her directorial debut with “Bulbbul”, Dutt served as a dialogue writer, screenplay writer, story writer, lyricist of Hindi films such as “Dostana”, “Ra.One”, “Student of the Year” and “Queen”, among others.

The director, who wrote the first draft of “Qala” in 2013, shared how she discussed the film’s idea with music composer Amit Trivedi, who promised to be part of the project whenever she would start working on it.

“It was with me for a long time and I wanted to put it down. I just thought about it. I didn’t do it alone, there were 150 people from the music department to producers, OTT, set dressing boy, so many people,” Dutt said.

“Qala” marks the second collaboration between the filmmaker and Dimri, who was universally praised for her performance in “Bulbbul”.

“Gut feeling is a real thing and if you read and feel you do not agree to the script, then you should not do it because it can go wrong. These films (‘Bulbbul’ and ‘Qala’) have chosen me, I have not chosen them, she said.

Produced by Karnesh Sharma of Cleanslate Filmz, “Qala” will start streaming on Netflix on December 1.