‘I want to continue cooking and feed people for as long as I can,’ says one of UK’s oldest chefs Manjula Patel 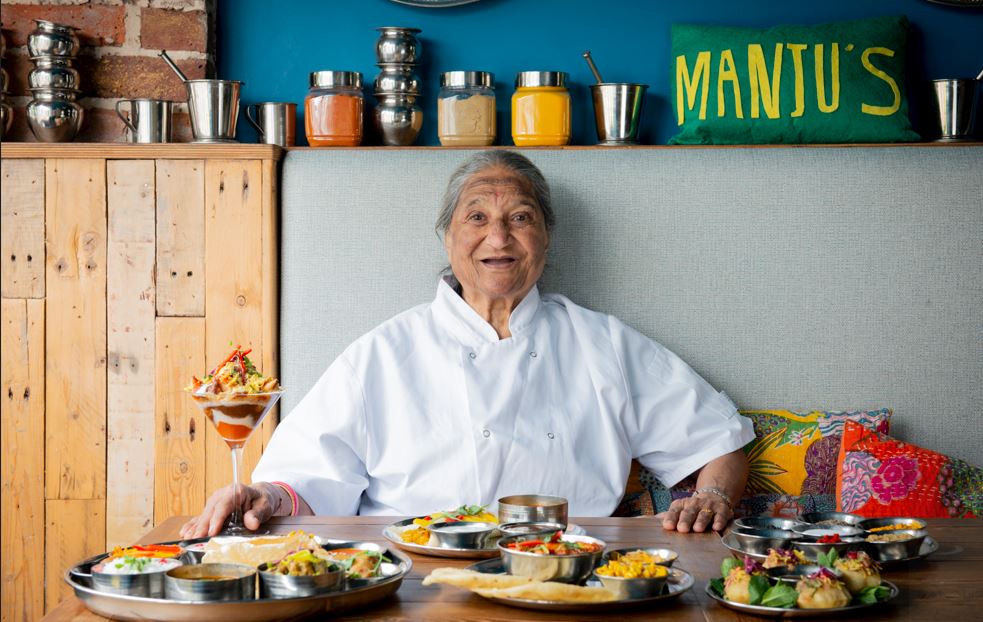 British Indian chef Manjula Patel, 85, one of its oldest chefs and restaurateurs in the UK, opened her restaurant in Brighton when she was 80 with the help of her sons.

Manju’s – Indian Restaurant, a Gujarati restaurant in north Laines, Brighton, has been delighting locals and tourists since 2017.

“I want to continue cooking and feeding people for as long as I can,” says Patel, who came to the UK as a refugee from Uganda. “I never thought that my sons would buy me a restaurant. I was so happy, and I was crying, and I said, ‘oh my dream is now complete’.”

Patel’s sons, Jaymin and Naimesh, greet customers and take orders, while she and her daughters-in-law Dipali and Kirti run the kitchen and prepare the food.

The food outlet has around 48 customers a day and has a small menu.

“After realising her dream of running a restaurant at the age of 80, every dish is cooked with love and passion. With a lifetime of knowledge and experience, Manju cooks in the kitchen every evening and ensures everything is served to the highest possible standards,” the website of the restaurant states.

Patel was born in Gujarat and moved to Kampala city in Uganda with her parents when she was three. Her father ran a general store there for some years. When she was 13, when her father died suddenly.

Later, she stepped in to help her mother to take care of the family. As a teenager Patel started cooking and selling 35 tiffin boxes of food a day to office workers.

“Along with traditional Gujarati recipes, my mother also passed on the values of discipline and an incredible work ethic, values I still uphold,” Manju told the BBC.

She got married in 1964 and her two sons were born. In 1972, dictator Idi Amin ordered Asians, who owned 90 per cent of the businesses, to leave the country within 90 days, accusing them of ‘milking Uganda’s money’.

Patel, her husband and their two young sons arrived in London – where her brother lived – with just £12.

As taking care of the family was her immediate priority, she became a machine operator at a local factory in London which made electric plug sockets, and worked there until retiring at the age of 65.

Her sons said that she used to cook the Gujarati dishes she learnt from her mother – from okra and potato curry to theplas (flatbreads), every day after work. She always wanted to own a restaurant and her sons had always wanted to fulfil her dream.

“[When] this place came up, we decided to buy it. The deal came through on mum’s 80th birthday,” says Jaymin.

Patel’s younger son Naimesh said that they wanted to open a Gujarati restaurant because his mother has been cooking it since she was young.

“[People] would sit down, expecting to eat chicken tikka masala. But when we would tell them we only offer vegetarian food, a lot of people would walk out. People love their dishes now,” he told the BBC.