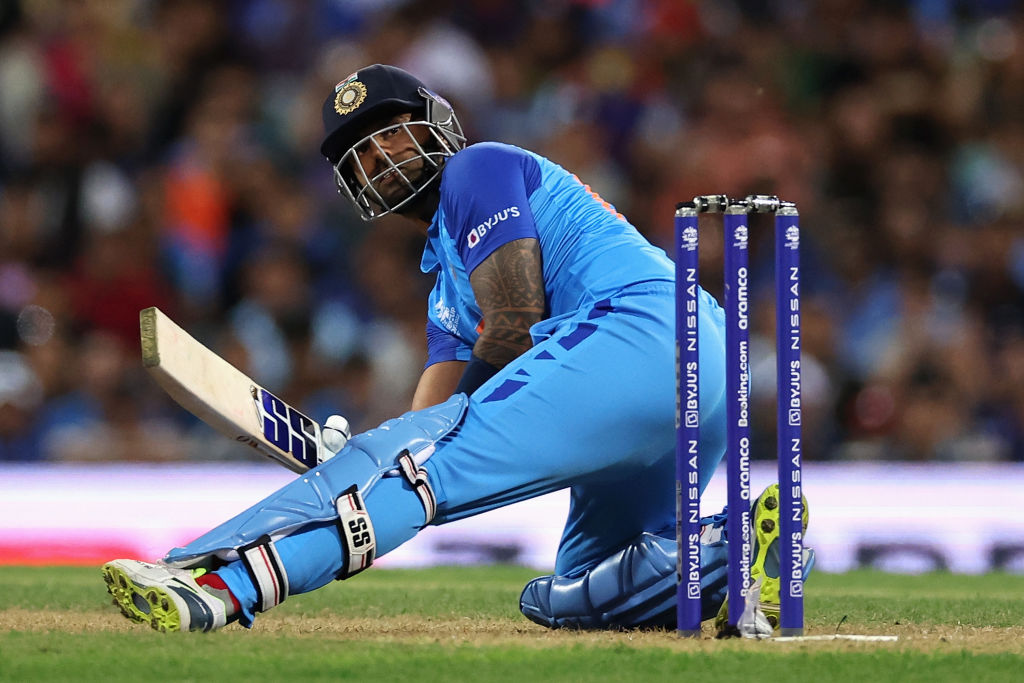 Suryakumar mesmerised the 82,000-strong MCG crowd with his stroke-making ability on Sunday. His unbeaten 61-run knockoff in just 25 balls powered India to an imposing 186 for 5.

One shot that stood out was from the last ball of the Zimbabwe innings. Going down on one knee, Suryakumar picked up a Richard Ngarava full toss from outside the off stump and scooped it on the right of fine leg for an unthinkable six

“You got to understand what the bowler is going to bowl at that time, which is a little pre-determined at that moment. I have practised that stroke a lot when I used to play rubber-ball cricket,” Suryakumar, the world number one T20 batter, said on Star Sports show ‘Follow the Blues’

“So, you got to be thinking what the bowler is thinking at that time and if the field is in, I just back myself to go there. You got to know how long the boundary behind is. When I stand there, I feel it’s just 60-65 meters and with the pace of the ball I just try and time it, take it on the sweet spot of the bat and if it hits, it just goes out there.”

While scoring his half-century, Suryakumar went past 1000 runs in T20 Internationals in 2022.

The 32-year-old is the first Indian to achieve the feat and only the second player to do so. Pakistan opener Mohammad Rizwan finished with 1326 runs last year.

Suryakumar also spoke about how he handles pressure situations.

“I try and do that, hit it in the gaps and run hard. But I know what strokes I need to play at that time. I try and play a lot of percentage cricket. My strokes are sweeps, overcover, and cuts, if I am succeeding in that, I just take the game ahead from there.”