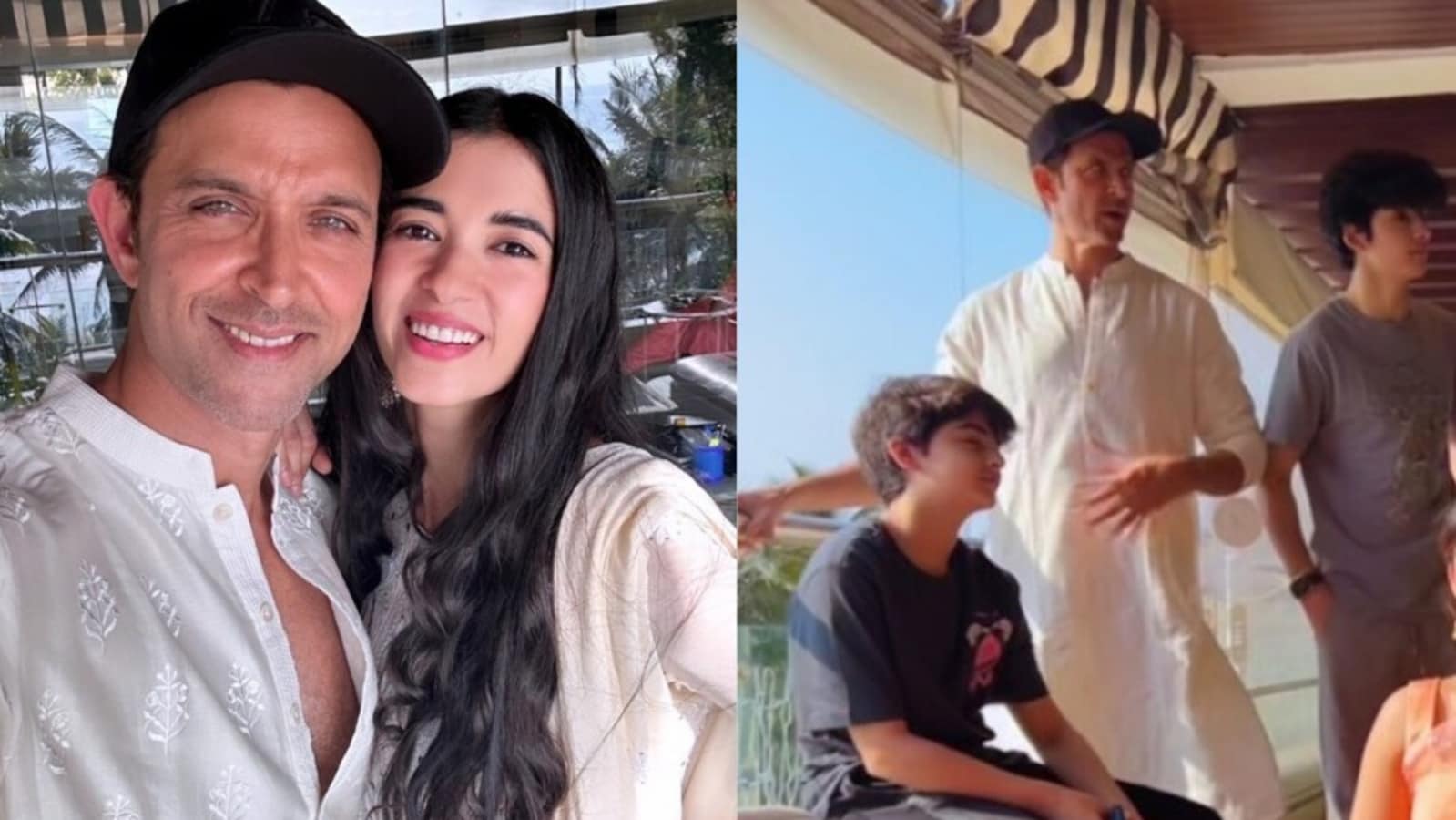 Bollywood actor Saba Azad, on the occasion of Diwali, dropped a cute selfie with her boyfriend Hrithik Roshan.

Taking to Instagram, Saba shared the picture on her stories which she captioned, “Happy Diwali.”

In the picture, Hrithik and Saba could be seen sharing a smile together and twinning in white outfits.

Soon after Saba shared the picture it went viral on social media.
Hrithik and Saba have been dating for quite a long time and frequently get spotted hand-in-hand at various events.

Rumours about Hrithik and Saba’s relationship started when they were spotted out on a dinner date together in February. Later, Saba also joined Hrithik’s family for a get-together. The rumours came to an end after the two walked hand-in-hand at actor Karan Johar’s 50th birthday bash.

Meanwhile, on the work front, Hrithik was recently seen in an action thriller film ‘Vikram Vedha’ alongside Saif Ali Khan and Radhika Apte. Helmed by the director duo Pushkar-Gayatri, the film received positive feedback from the audience.
He will be next seen in another action thriller film ‘Fighter’ along with Deepika Padukone and Anil Kapoor. Helmed by Siddhart Anand the film marks the first on-screen collaboration of Deepika and Hrithik.

Saba is a multi-talented actor and singer. She was a part of many noteworthy Bollywood films like ‘Detective Byomkesh Bakshyi’, ‘Shaandaar’, and ‘Karwaan’. Like Hrithik, Saba’s feed is also proof of the fact the two are madly in love with each other.

Talking about her work front, Saba recently wrapped up the shooting of her next film ‘Songs of Paradise’ in which she will be seen along with Soni Razdan.