H&M, the world’s second-biggest fashion retailer, said on Thursday it was still not seeing any major delays in supply due to the coronavirus outbreak.

The Swedish group sources most of its products in China and other Asian countries, such as Bangladesh and Cambodia.

Primark owner Associated British Foods warned on Monday there was a risk of shortages of some clothing lines this year if delays in Chinese production were prolonged because of the virus.

“We currently don’t see that the virus leads to any larger delays with regards to supply,” an H&M spokeswoman said.

H&M does not make clothes itself but buys from a broad network of suppliers which gives it flexibility to purchase more from outside China. However, many Asian garment factories source supplies, such as fabric and yarn, from China.

H&M has been gradually reopening its stores in China after closing around a third of them this month due to the outbreak. It said on Thursday that only 135 of 518 now remained closed in its fifth biggest market.

Luxury handbag maker Hermes said on Wednesday just four of 43 stores in China remained closed, having closed 15 due to the outbreak. But it said store traffic in China had yet to recover. 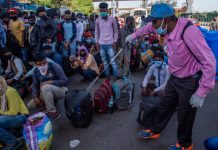 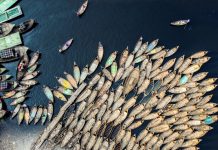 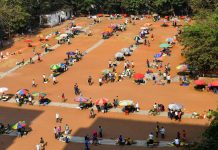