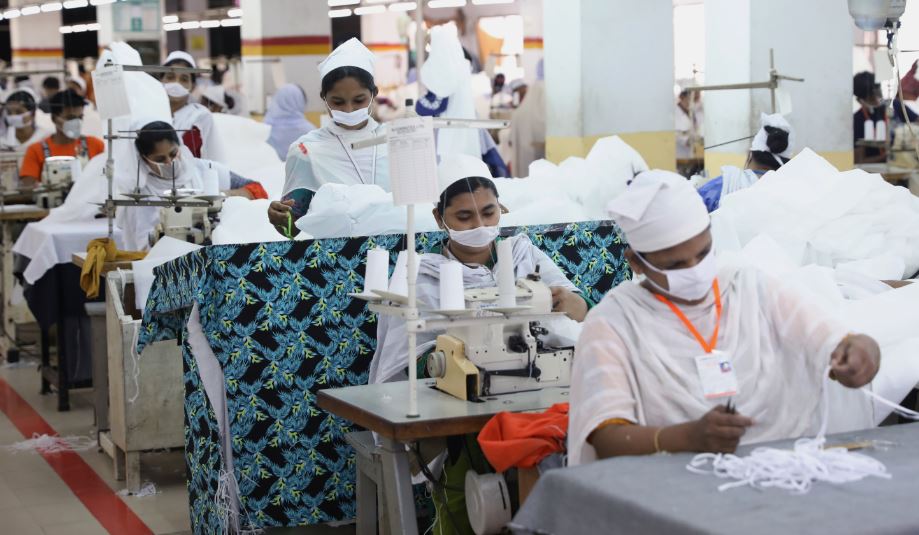 Bangladeshi garment workers make protective suit at a factory amid concerns over the spread of the coronavirus disease (COVID-19) in Dhaka, Bangladesh, March 31, 2020. REUTERS/Mohammad Ponir Hossain

Fashion giant H&M said that it is working with other companies to support garment workers in Bangladesh, where more than 2 million have been hit by factory closures as coronavirus lockdowns hit orders.

Millions of people in impoverished Bangladesh rely on the garment industry to feed their families and the cancellation of an estimated $3 billion in orders is hitting them hard.

Union leaders said most of the workers they had spoken to had been temporarily laid off or sent on paid leave, although official numbers are not yet available.

Swedish fashion retailer H&M, the largest buyer of Bangladeshi apparel, said it was in talks to find a solution after rival Primark pledged to keep paying workers affected by its decision to cancel orders.

“We are well aware that the suppliers, and their employees, are extremely vulnerable in this situation,” the company said.

“We are at this instance intensively investigating how we can support countries, societies and individuals from a health and financial perspective.”

Bangladesh is one of the world’s top suppliers of clothes to Western countries, with some 4,000 factories employing about 4 million people, mostly women.

With Western economies struggling due to the crisis and retailers in many countries closed, brands have begun cancelling orders, though some – including H&M – have pledged to take delivery of garments already made or in production.

Rubana Huq, president of the Bangladesh Garment Manufacturers and Exporters Association, praised H&M for standing by its suppliers and urged others to follow suit.

“A few (brands) have agreed to accept both ready goods and stocks in progress, (but) we are yet to have any acceptable terms of releasing such orders,” said Huq.

“With exception of a few, most of the brands have cancelled their orders and distanced from the contracts they have entered with suppliers.”

Bangladesh’s Ministry of Labour and Employment has asked garment factory owners not to sack workers, but with orders cancelled and a shutdown imposed by the government until mid-April, most plants have had to close.

Although Bangladesh has fewer than 200 confirmed coronavirus cases so far, there are fears it could spread rapidly through the densely-populated country, whose weak healthcare systems risk quickly becoming overwhelmed.

But the impact on the economy is also causing concern in a country where many live from hand to mouth and both Unions and human rights groups have asked major Western buyers to provide financial support.

Bestseller, which produces fashion brand Jack & Jones, also said it would take delivery of garments already made and those in production.